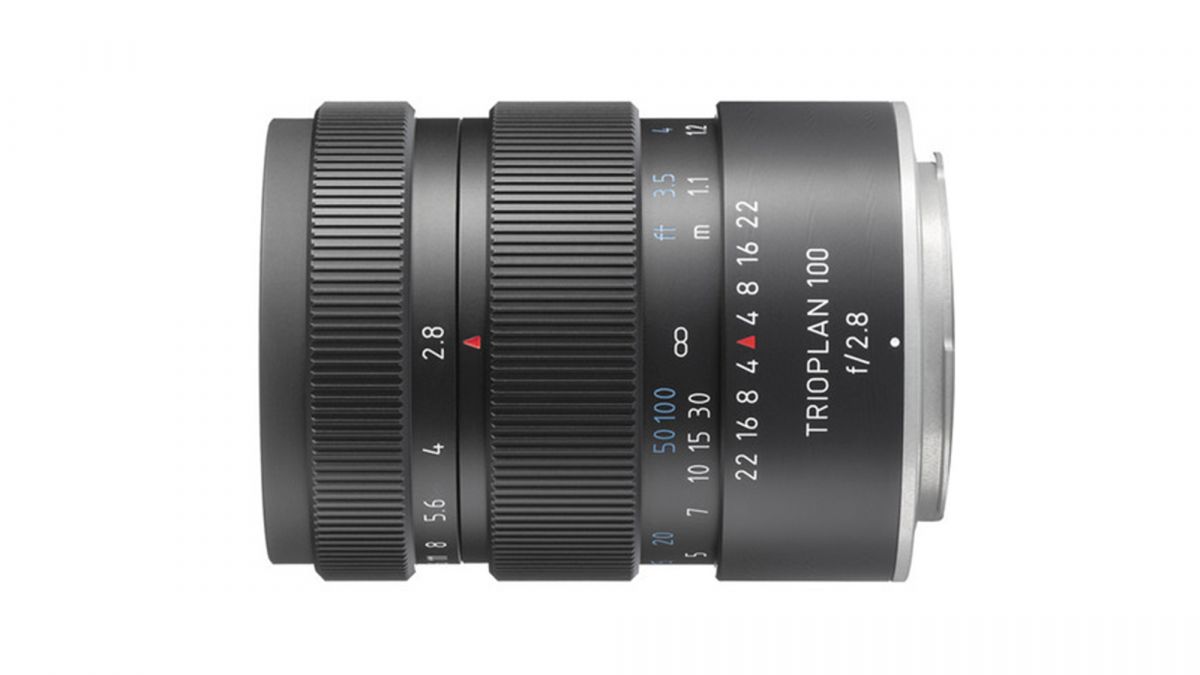 Founded in Germany and based in Görlitz, Saxony, Meyer Optik Görlitz can look back on an eventful history since 1896. During this path, the company designed and manufactured exceptional lenses that have accompanied photographers for over 120 years.

Besides standing out for its quality construction standards, Meyer Optik Görlitz has emphasized a great endeavor into research and development. For instance, in 1920 there was a partnership with former Zeiss developer, Paul Rudolph to produce the Kino-Plasmat, the world’s fastest lens at the time.

From 1952, the anti-reflection coating with magnesium fluoride was introduced. At this time, mainly the well-known Trioplan triplets, the powerful Primoplan lenses, and the Telemegor long focal lengths were produced.

By the integration of the Meyer-Optik into the combined VEB Pentacon, the imprint Meyer optics on the lenses disappeared after 1971. In the mid-1980s, Carl Zeiss Jena took over the VEB Pentacon and thus also Meyer-Optik, which diluted through the years.

The Meyer-Optik-Görlitz brand entered the market again in 2014. After a thoroughly successful start and a positive development, the brand fell victim to the insolvency of the owner company at the time and shut its doors once again.

The experience from the previous owner, a company called net SE, who indented to bring back the Meyer-Optik-Görlitz brand six years ago, resulted in a disastrous Kickstarter campaign. The brand’s re-rebirth began in 2018 when German company OPC Optics bought the brand from net SE during insolvency proceedings and began the hard work of earning back the public’s trust with the promise that crowdfunding won’t play a role in the brand’s future.

OPC Optics stands as a specialist for aspherical and spherical glass lenses produced with top-notch technology. Efforts are being made to optimize classical designs and work on completely new developments. These are news that will satisfy many Meyer-Optik-fans worldwide.

After some years of hard work and reorganization, OPC Optics is ready to clean the name and start a new beginning for Meyer-Optik-Görlitz with the introduction of their first lens: the Trioplan 100 f2.8 II 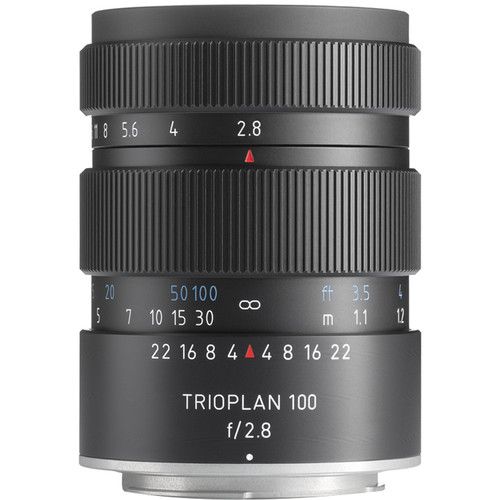 The new Trioplan 100 II shows, through its consequent orientation on the historical original, exactly those characteristics that made it so desirable during the ’50s. It achieves a balanced sharpness with a wonderful soft texture in out-of-focus areas. By revising the optical design, the new Trioplan 100 II now offers updated glasses, different geometrics of the lenses, optimized mechanics, and some other advantages of modernity.  At the same time, the image language, for which the Trioplan 100 with its unique bubble bokeh stands, is retained.

The Meyer-Optik Gorlitz Trioplan 100mm f2.8 II lens is known for its soap bubble bokeh–which is really nice. The image quality from this lens is soft overall, but it makes up for it with pretty standard colors and some pretty funky effects like the lens flare you’re bound to get. It’s a fun lens to work with and surely can be considered a boutique optic. 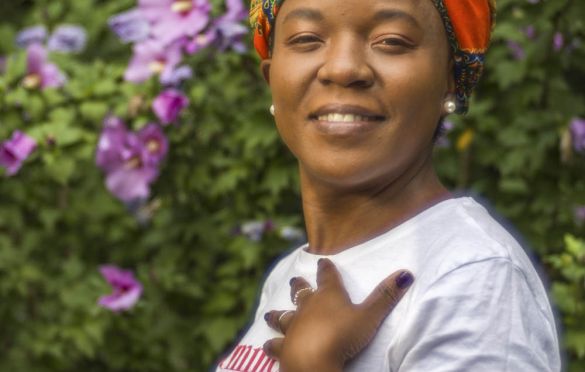 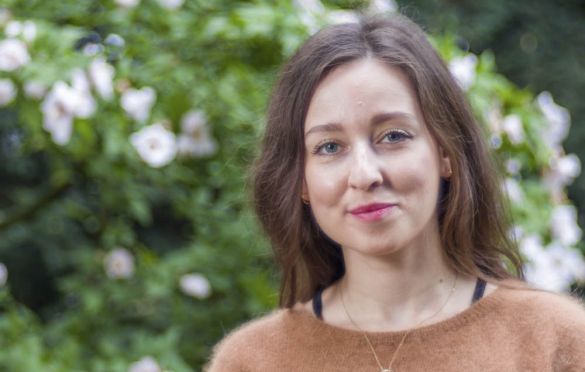 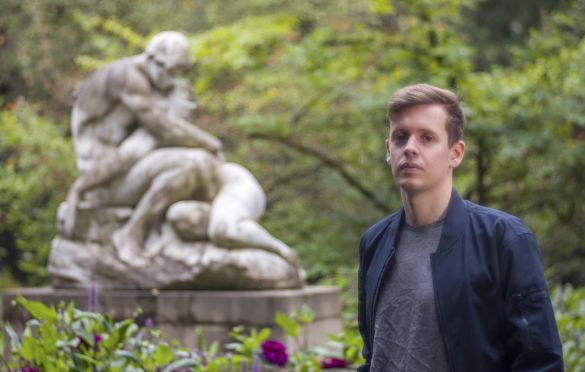 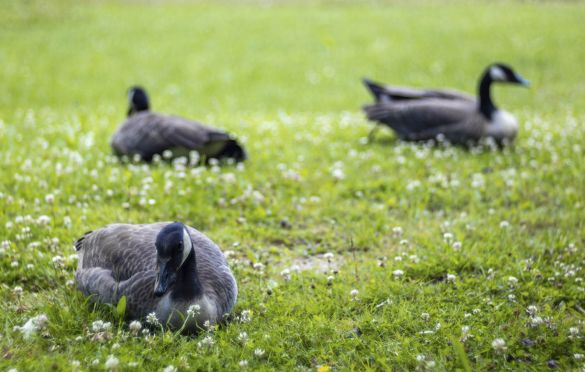 One of the main drawing points for the Meyer-Optik Gorlitz Trioplan 100mm f2.8 II is the soap bubble bokeh you’re bound to get that is made possible by its 15-blade diaphragm. It’s beautiful and unique and hardly seen in any other lens. The objective doesn´t have color fringing or chromatic aberration to complain about. 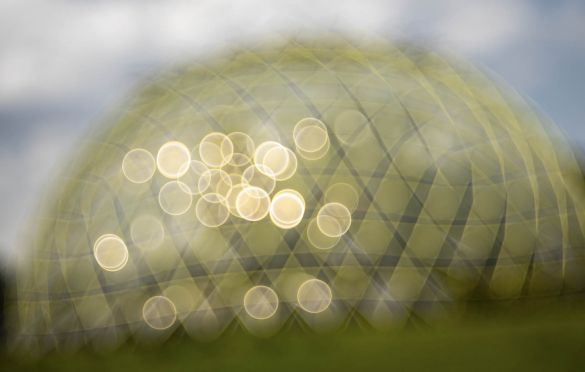 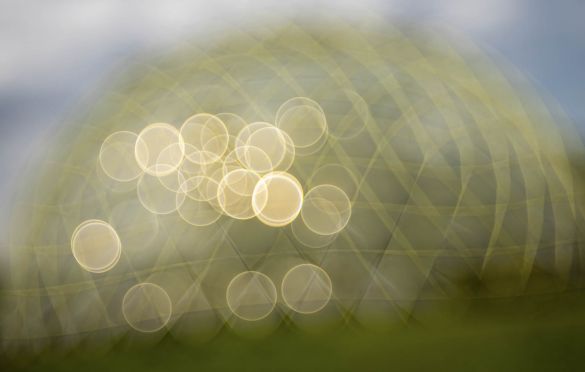 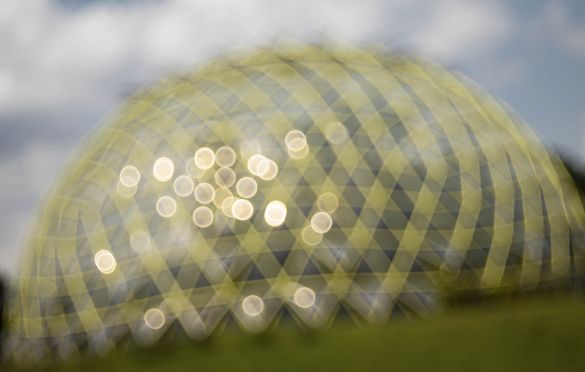 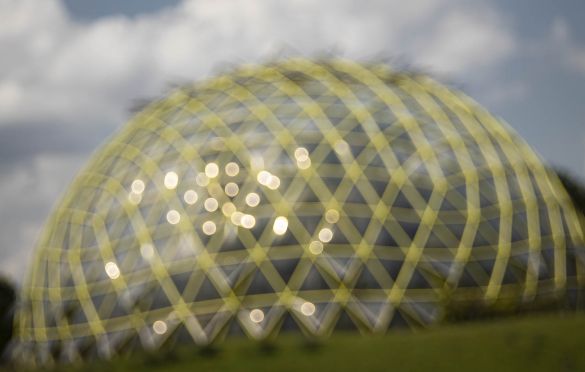 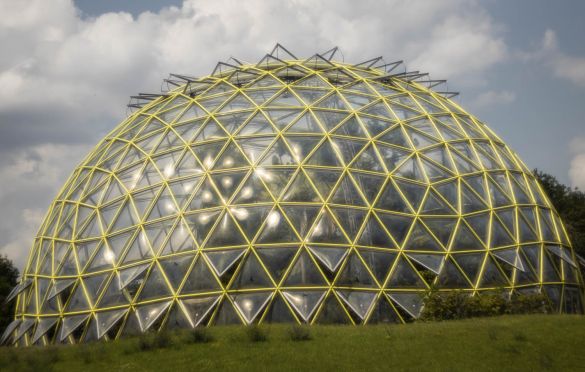 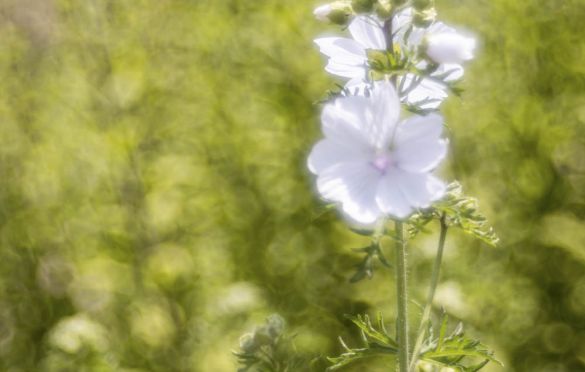 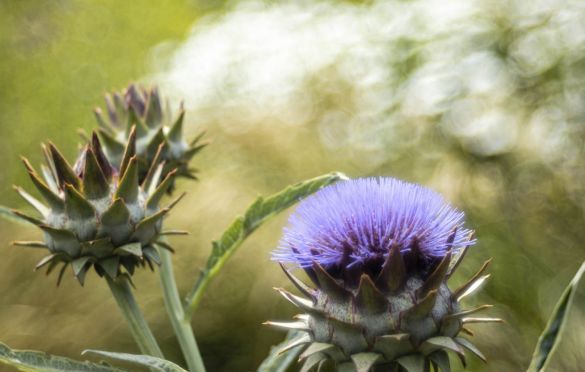 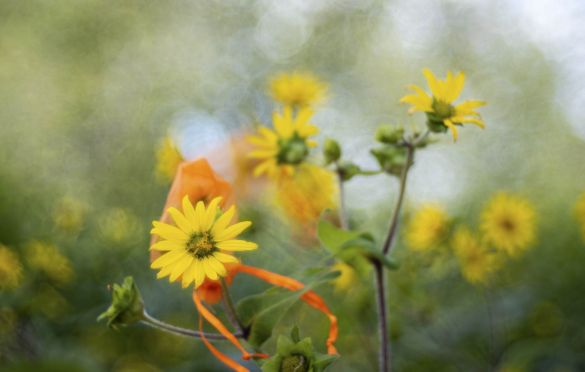 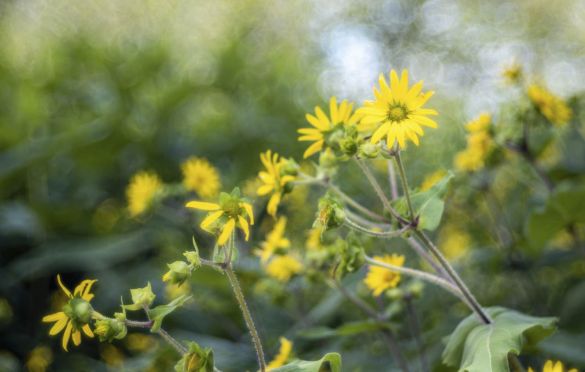 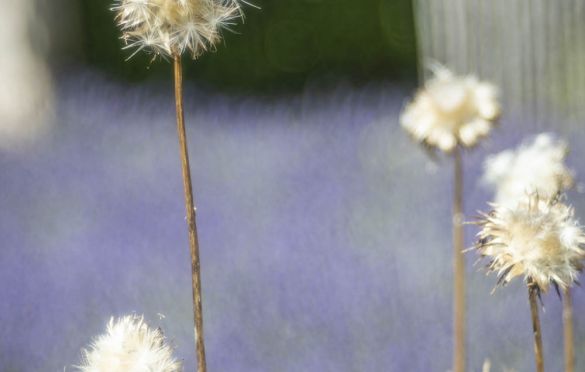 How To Get That Unique Bubble Bokeh

To achieve the perfect soap bubble bokeh, it is important to position the subject at close range while keeping enough distance to create a high-contrast background. This effect is produced only at a maximum aperture. You should use f2.8 for the strongest bokeh or f4.0 for a slightly weaker effect. The focused main subject should be approximately 1m to 5m away with the distance between the subject and background should be at least 5m to 10m.

The closer the focus point to the camera, the greater the bubbles in the background. The stronger the background contrast, the more bubbles appear. Ideally, you should opt for a busy background with strong backlighting such as light-filled trees, lights on a skyline at night, or fairy lights.

Also, the Trioplan 100mm f2.8 II is the perfect lens for use with an extension tube. The much shorter minimum focus distance enlarges the soap bubbles in the background several times over. In addition, the lens shows close-range subjects in an extremely high and fine resolution.

The Meyer-Optik Gorlitz Trioplan 100mm f2.8 II Lens is a pretty long and skinny lens that has some very nice retro-modern good looks. The aperture ring is near the front of the lens while the back of the lens has the focusing scale. Most of the lens is characterized by this smooth texture with only the rings having any sort of gripping power.

The Trioplan 100mm f2.8 II lens is made of all metal. So, in that sense, it’s built very solid and feels nice in the hands, but it doesn’t boast weather sealing of any sort.

This lens requires the user to manually focus. Because the image quality overall is very soft, you’re best off using the magnification and focus peaking feature on your camera to get the best focusing accuracy.

Mechanics for stills and video

The minimum object distance (= working distance) of the new Trioplan 100 II is 0.9 m and can be reduced even further by using extension rings. This is especially interesting for the many fans of macro photography. 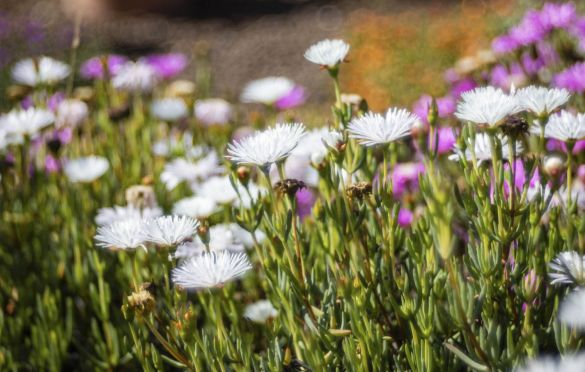 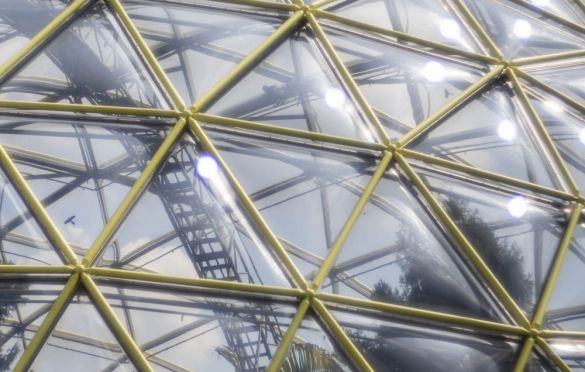 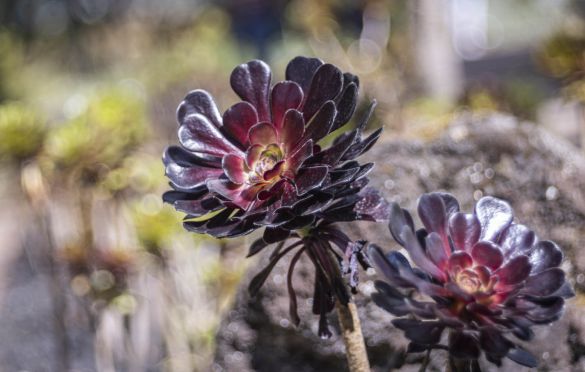 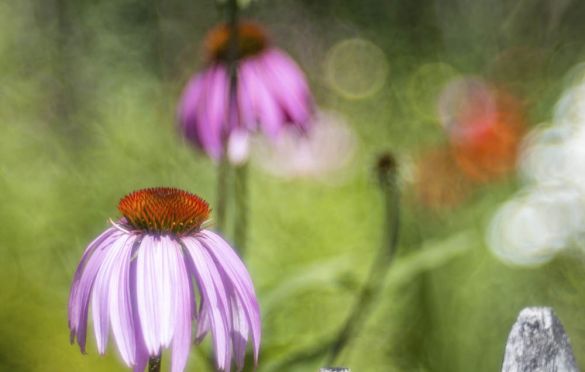 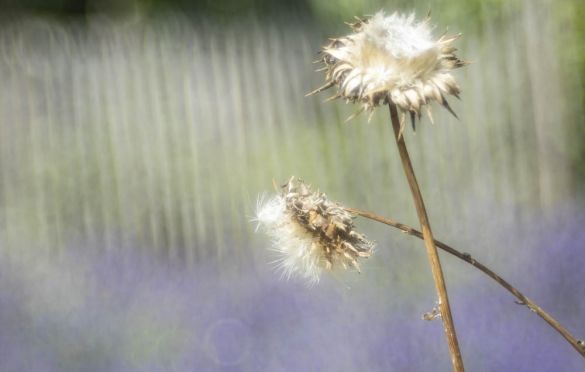 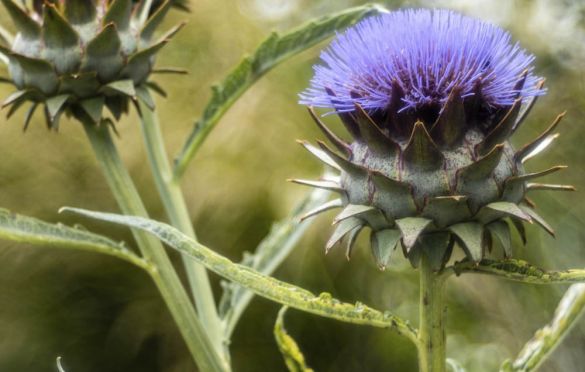 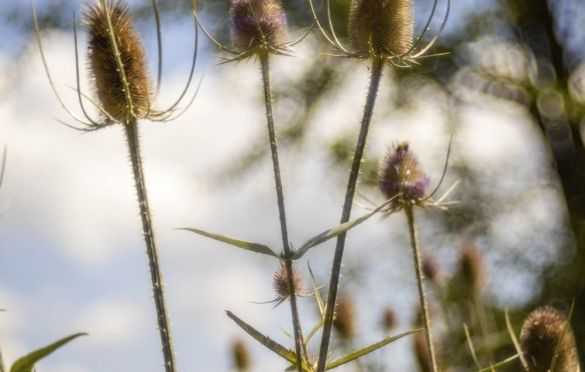 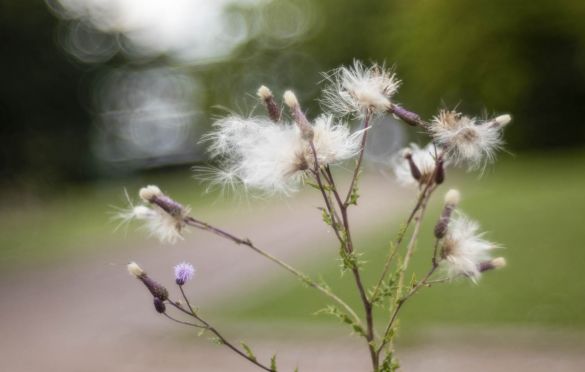 This lens will be best suited to well-experienced photographers that have been using Meyer Optik Görlitz optics, (Or something similar), in their past and are aware of the unique quality of their glass. However, for those vintage-photography lovers that didn´t work with film, but in digital, that beautiful “soap-bubble bokeh” is going to leave an exceptional effect when shooting portraitures or nature.

In combination with the Trioplan 100mm f2.8 II, I did this shooting with PolarPro VND and CPL filters, Godox AD200 Pro and AD300 Pro, Magbox, and other MagMod´s tools. This a set-up I recommend personally without hesitation for portrait photography.

5 Steps You Can Use Today to Attract High-End Clients