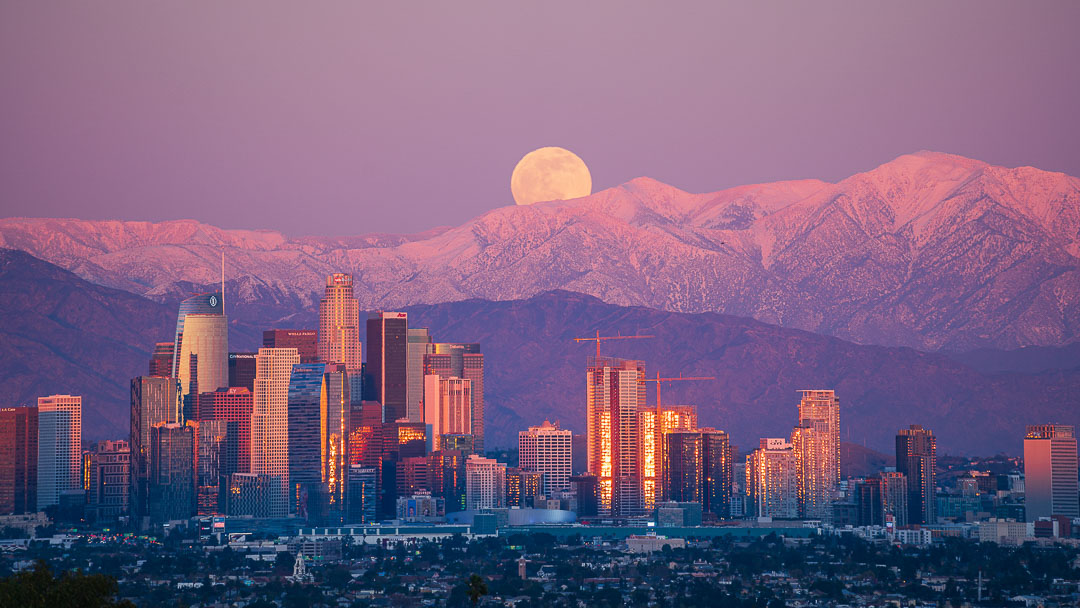 Top Astro Photography Events In 2021 To Look Forward To

If you’re hoping to have lots of things to look forward to this year, here’s something to inspire you to nightscape and astrophotographer photographer! Of all the things that should be relatively safe to do in 2021, driving out to the middle of nowhere and taking pictures of the sky might be something you can look forward to doing.

Of course, you could just go out and photograph some landscapes, and then come home and drop in a gorgeous moonrise or Milky Way later in Photoshop or Luminar. If that’s your creative passion, go for it! Personally, though, I love to see things with my own eyes when I’m photographing them, whether it’s the Milky Way, a perfect moonrise at sunset, or a spectacular meteor shower.

So, my whole pursuit as an astro-landscape photographer revolves around marking my calendar for special events, planning where and how to photograph them, and then getting out in the field and taking pictures!

Our friends over at F-Stoppers have compiled a complete calendar for astronomical events that might interest you in 2021, including popular subjects such as the moon, the Milky Way, planets, and meteor showers.

Want to get better at astrophotography and nightscape photography? We have lots of resources available here on SLR Lounge, of course, but to get you started here are the four most important things you need to know! With these tips in your tool belt, you shouldn’t have to worry about whether or not you’ve bought that exotic new wide-angle lens or an expensive new full-frame body; you’ll be able to go out and start capturing beautiful astro images with the gear you’ve got!

1.) Get The Sturdiest Tripod You Can Find

Every tutorial on nightscape photography starts with “use a tripod!” …which always makes us cringe to hear. Our advice? Don’t just grab whatever cheap tripod you can find; get yourself a big, heavy, “indestructible” tripod.

Why? Because that flimsy, wobbly lightweight “travel” tripod just isn’t going to treat you well. Literally all of the photos you capture will be using long shutter speeds, and it (a lightweight travel tripod) will constantly frustrate you if there is even the slightest breeze, or if your ball head isn’t up to the task of supporting a big heavy camera and lens.

So, go on eBay and pick up an old 5-lb tripod from the 90’s, or grab yourself something current like the Slik AMT 700DX, a rock-solid design that hasn’t changed in many years. Bottom line- if you’re not going to be walking too far from your home or your car, you should own at least one big, burly tripod. (Of course, if you’re going to be hiking for many miles, then we do recommend a sub-3-lb tripod such as the Slik VARI CF 704, or the Slik Pro CF-634.)

2.) Learn To Focus On The Stars

One of the most frustrating things besides a wobbly tripod is, simply not being able to nail focus on the stars. On the one hand, it’s not easy to figure out on your own, and even if you think you might be getting it right, there are a dozen different suggestions on how to best nail focus on stars.

So, what is the actual best, optimal way to nail focus on your nightscape and astrophotography images? It’s really simple: Manual focus with magnified live view, every single time. Once you get the hang of it, it’s easy!

If your lens does have a focus distance scale, start by setting it to around infinity. Then, lock your camera down on your tripod while pointing it almost directly at the brightest star or planet in the sky, or city lights that might be visible on the distant horizon. Magnify your live view over that star/planet/pin-point light source. and rack focus back and forth around infinity until you’re absolutely sure you can see the subject coming in and out of focus. After racking focus back and forth 5-10 times, you should be able to precisely pin-point sharp focus. Then, without turning your camera off or bumping your focus ring, re-compose your photo to be the final composition, and shoot!

Some newer cameras have star focus features, which can be helpful once you learn to use them, and there are other accessories which can aid in nailing focus on stars. But as a default go-to-method, you should learn this technique first!

3.) Choosing A Good Exposure: Don’t Be Fooled, Check Your Histogram

The third major frustration that a lot of photographers face when they get home from doing their first astrophotography photo shoot is, they load the photos on their computer and discover that they’re all horribly under-exposed. How did this happen? They looked really good on the back of the camera! Well, that’s because the LCD screen on your camera is relatively bright, but if you’re stargazing then your eyeballs are spending the entire time trying to adjust to “night vision”, and the camera LCD becomes highly misleading.

The answer is simple: Check. Your. Histogram! Always check the histogram of your captured images. (On many mirrorless cameras with live histograms, they may not be accurate before you click the shot!)

You don’t necessarily want to strictly adhere to ETTR technique when choosing a “correct” exposure, by the way. Using ETTR can cause the pin-point stars in your image, which aren’t really going to show up on the histogram at all, to be washed-out, colorless white dots. So, the main “bump” of the histogram, the dark night sky itself, should be somewhere in the middle of the histogram, or 1-2 EVs away from the right (highlight) edge, depending on how much color detail you want to retain in the stars.

It’s easy enough to know when the next new moon is for your deep-sky astrophotography, or when the next full moon is for that epic moonrise-at-sunset shot, however, you still need to plan to be safe when you’re out shooting. Do you know if it’s safe to be in that park or part of town after dark? If you’re in the wilderness, do you know what kinds of wild animals you might encounter in the middle of the night? Have you told someone back at home where you’ll be, and when they should expect you to be back?

Unfortunately, some urban/suburban areas might be prone to gear theft or car break-ins, and some wilderness areas might require you to be educated on, and prepared to handle, various other dangers from wild animals, to just slipping and falling on sketchy terrain. Be safe! No photo is worth certain risks.

[Related Reading: Surreal & Breathtaking Astro-Photos from the Northern Lights Photographer of the Year]

7 Ways the New MIOPS FLEX Will Boost Your Creative Photography