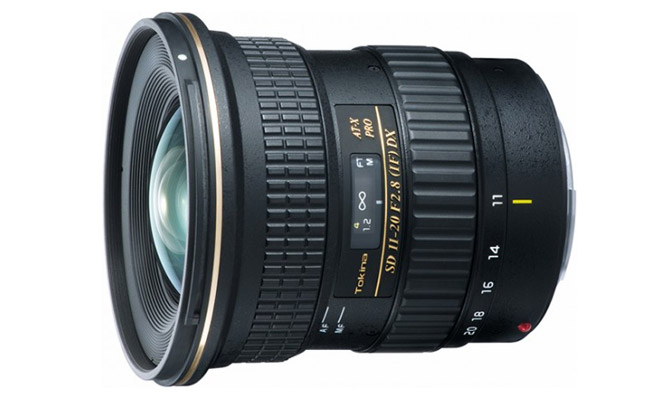 Tokina announced a new 11-20mm F/2.8 Pro DX lens today. The lens is one of two prototype units that they teased us with at Photokina, and now the lens has been made official.

Just to get this part out of the way, this is a DX lens, meaning it is for APS-C sized sensors or smaller (Sorry, all you Full Framers). According to Tokina, this lens is meant to replace the older 11-16mm F/2.8. The new Tokina AT-X 11-20mm F/2.8 will be available in Nikon and Canon mounts.

According to the release, the Tokina AT-X 11-20mm F/2.8 will begin shipping in Japan in February for 100,000 Yen, or roughly $800 (US Price has not been officially announced yet). Since the lens has not be officially announced for the US market yet, we don’t have any pre-order links for those of you interested, but stay tuned and we will update you once they are available.

Personally, I love the idea of an 11-20mm F/2.8. It will probably be a great lens for landscapes, events, even night sky imagery. I am more curious what you all think though.

Are you interested in this new Tokina lens? Does the fact that it is for crop sensors only kill it for you? Leave a comment below and let us know what you think!