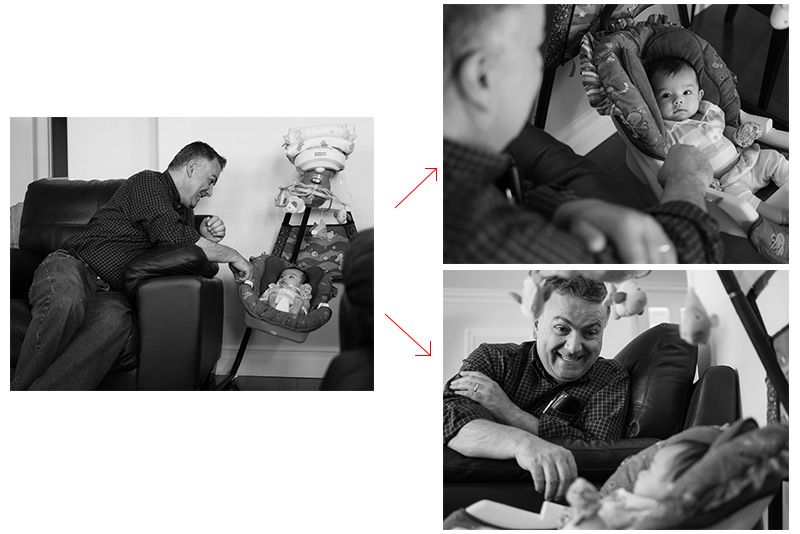 Whether you are shooting photos at a family outing or while you are on vacation, you can help make your photos look more interesting and avoid the “walk-up shot” look just by thinking about what you are shooting. It is something that only takes a few seconds by surveying your scene and how you want to approach the shot, as well as subsequent shots that tie into that first image.

In this video, we will talk about several things to look for using the images that I shot of my father while he was playing with his grand daughter.

Think Before You Shoot

During our family BBQ, I saw my father playing with his grand daughter and I thought that this moment would make for some great photos. So I took a quick shot and got our classic example of a walk up shot. I walked up to the scene and aside from kneeling down a bit for a lower point of view, I simply took a picture with little to no thoughts on composition, story, framing, and so on. 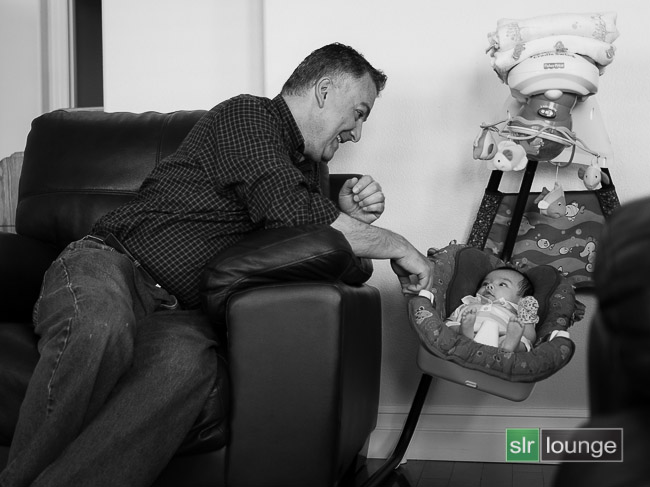 While this image is just fine for your standard candid shot, it doesn’t convey the same sense of fun and excitement my father had that I could clearly see being in the moment. So, while my father was enraptured by the new addition to our family, I snuck down to shoot an image from my daughter’s perspective using the rocker to frame my father. 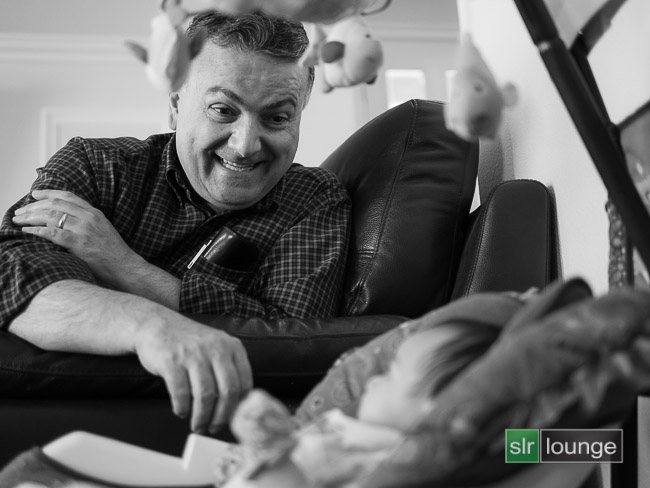 From this perspective, we are immediately pulled into the excitement and emotion that my father is feeling in playing with his new grand daughter. To complete the set, I shot one more image from my fathers perspective capturing Ellie looking up at him. 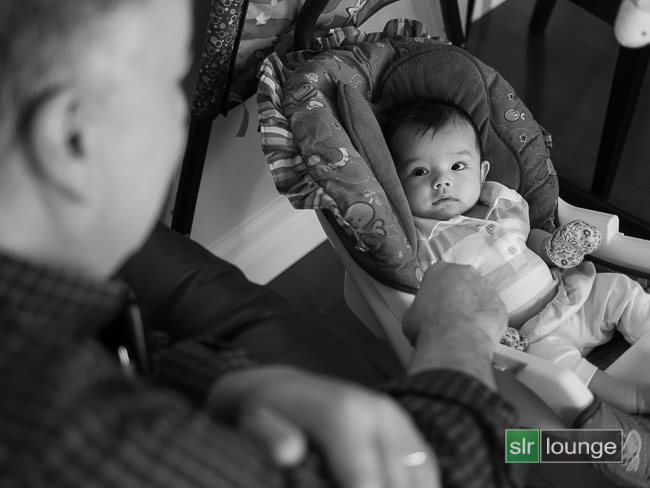 So in conclusion, whenever you are going to take a snap-worthy image, stop for a moment and think about your subject matter, story, and composition. It’s a great practice and it will help you develop your photographer’s eye, as well as produce more interesting images right off the bat.

That’s it for this week’s Photography Tips in Two!