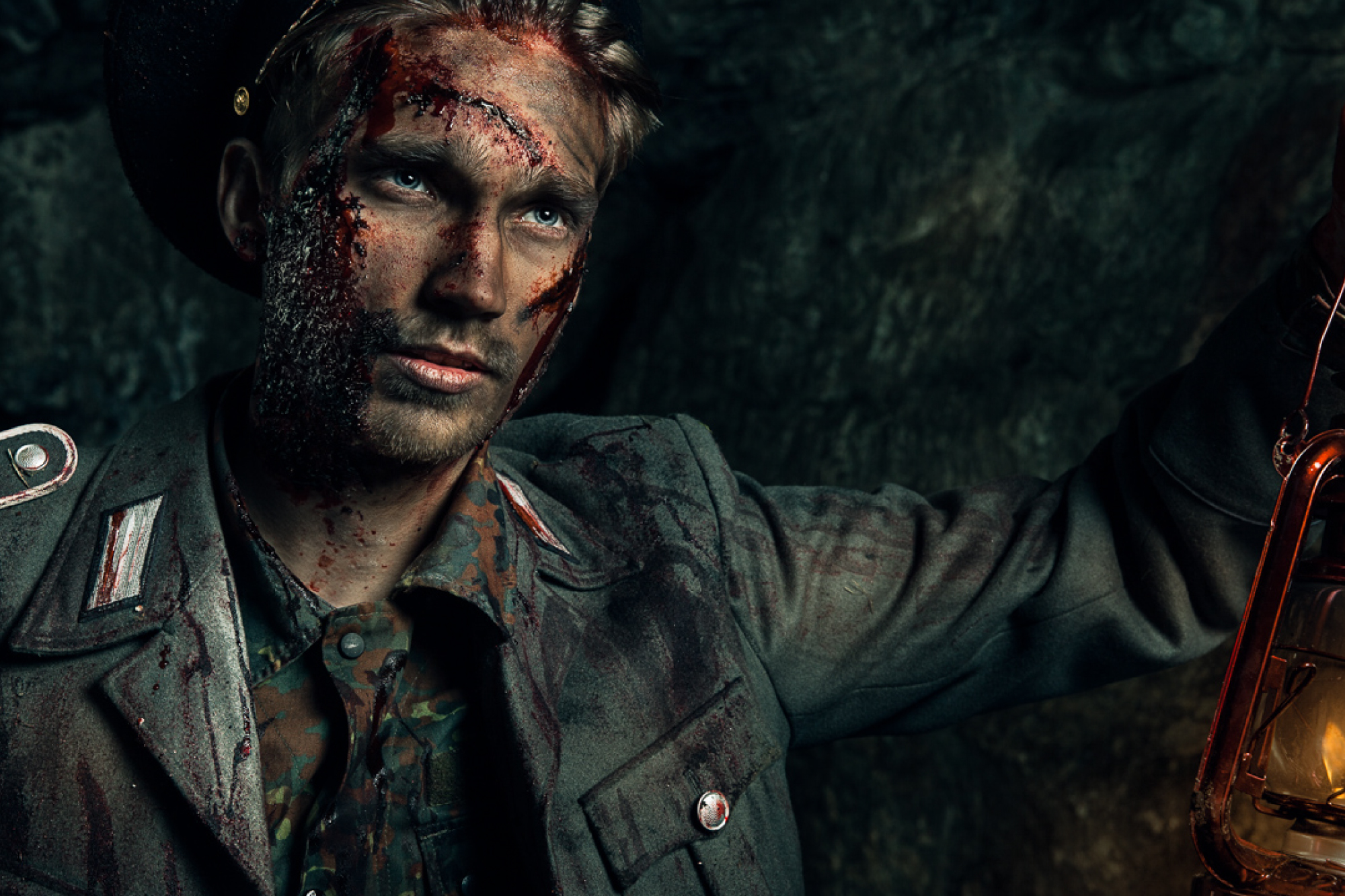 The following is an excerpt from our Wounded Solider video series. Learn the ins and outs of executing a creative conceptual shoot as we go through the caves of Finland for the concept of a wounded WWII soldier. The goal of this video series is to give you a thorough understanding what goes into the making of a conceptual photo shoot as we take you through everything from the initial planning, shooting, lighting, and editing, both in Lightroom and Photoshop. Even though you will see these tips, tricks and techniques applied in a conceptual setting, these techniques are all universal.

In this section, we are going to be relighting the scene in the studio to give you a better understanding of what went into the lighting setups of these three images. Let’s start out with the first photograph with our model holding up the lantern next to his face. How we always start lighting a scene is by beginning with the placement of the main light. We decide where the main light is going to come from and make sure it looks the way we would like. Then we move onto lighting the scene around our subject.

In this photograph, we have the main light on camera right, placed quite high at a forty-five-degree angle. Now, we feather our light source instead of pointing it straight at our subject in order to fill in the shadows on this side, but still preserving that dramatic cinematic feel that we are going for. Also, make sure to notice that we are shooting from the shadow side of the face as it will also help maintain the dramatic feel.

Then, we used a bare bulb, Elinchrom Ranger Quadra. We want it to light up the cave behind our model. However, the problem with this light and its placement is that much of the light is bleeding onto our model’s face and filling in the dramatic shadows we want to preserve. To remedy this, we used a large reflector and flagged the light by placing it on top of the second light source. Now, the secondary light will only light up the cave behind our subject, and with the black flag over it, the light does not spill on our model’s face, and we will still see those dramatic shadows. 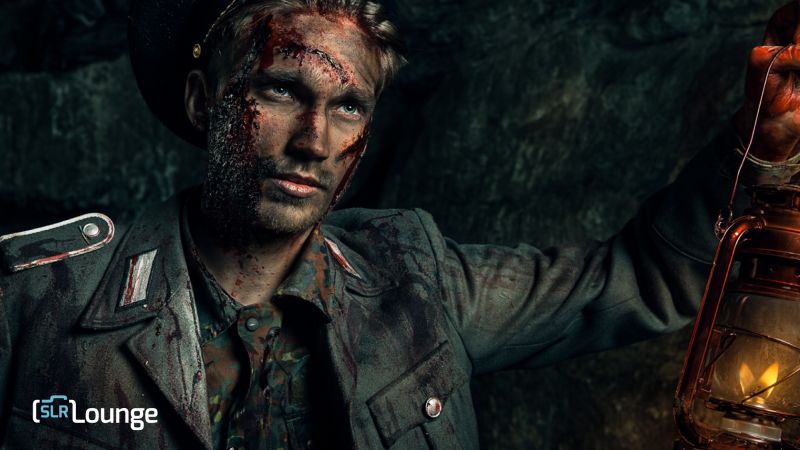 9 Tips For Getting Pin-Sharp Photos