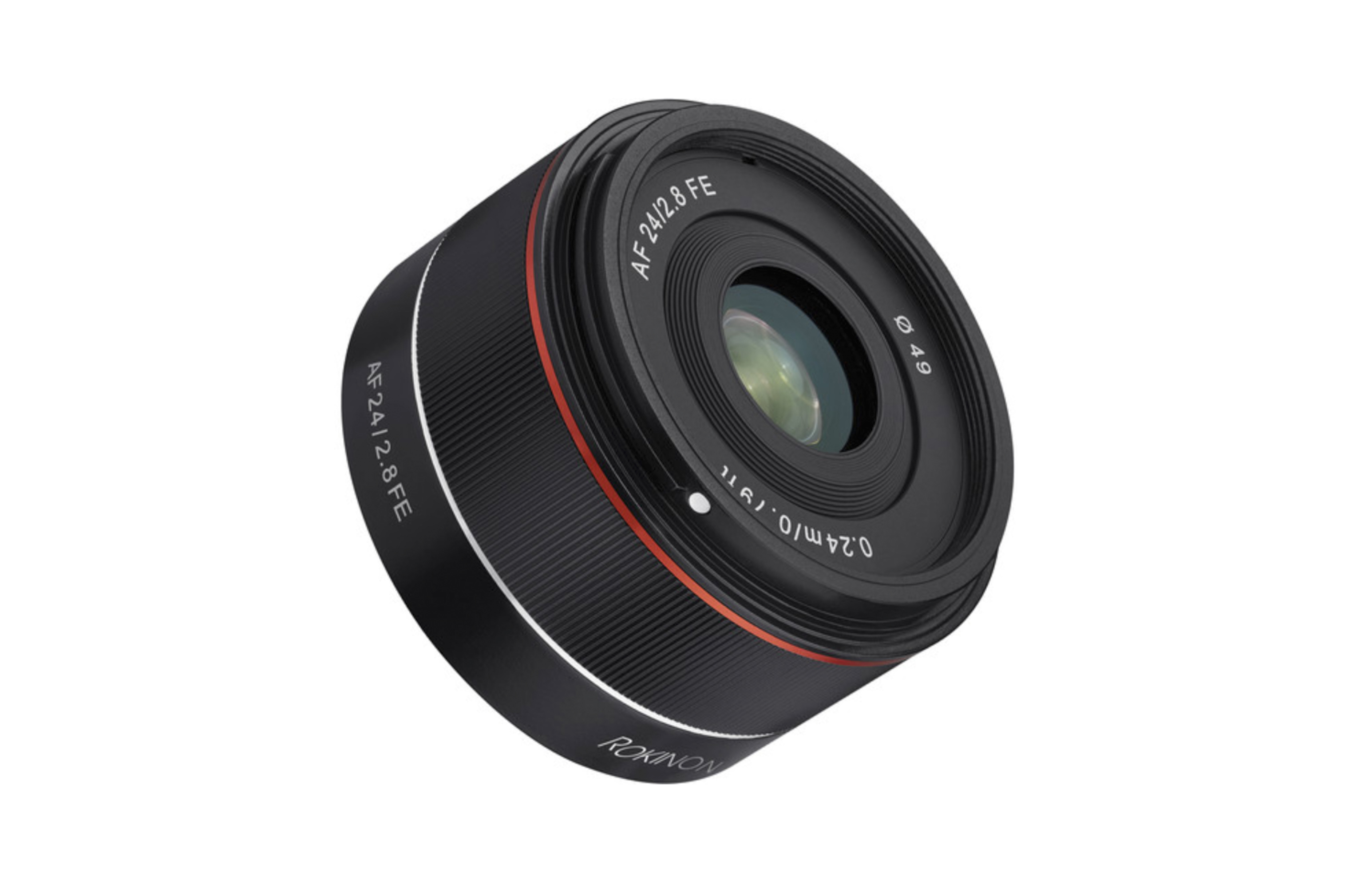 Samyang has officially announced it’s 24mm 2.8 lens for Sony E-Mount, and it will be available next month.

In what is a growing trend I think we can all accept as the new norm, third party lens manufacturers are continuing to make compelling glass for E-mount, and at attractive prices.

From inception E-mount was taunted for a dismal outset of lenses, and though that has changed and no one can rightly utter that now, there is something to be said for the price. Sony made and native lenses for E-mount can be quite expensive, particularly when compared to some of the older primes for the traditional DSLR market, but companies like Samyang have carved a niche there. 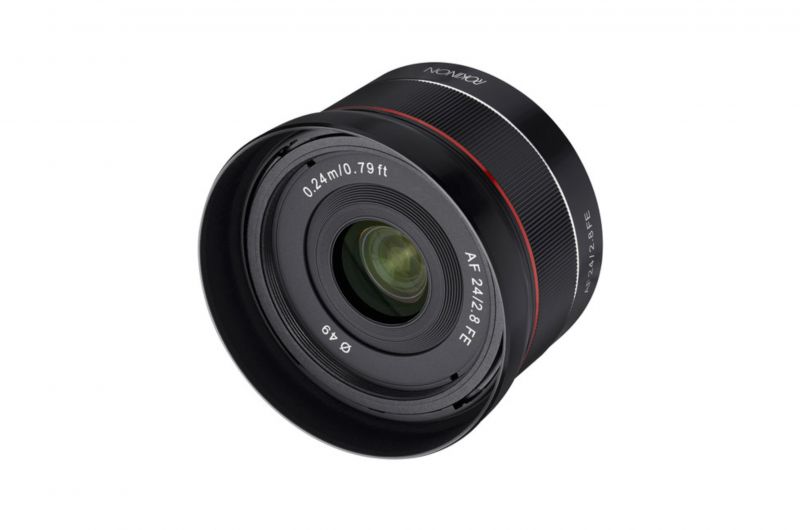 “AF 24mm f/2.8 FE from Rokinon is a slim wide-angle prime designed for full-frame Sony E-mount mirrorless cameras. Its wide field of view is ideal for landscape and street photography, among other general applications, and the lightweight design is well-suited to its use as a travel or everyday lens. The optical design incorporates a trio of aspherical elements and a pair of high refractive index elements to suppress spherical aberrations in order to achieve a high degree of sharpness and clarity throughout the aperture range. An Ultra Multi-Coating has also been applied to control flare and ghosting for increased contrast when working in strong lighting conditions. The lens’s autofocus motor works in conjunction with Sony cameras’ AF systems for quick and precise focusing performance, and manual focus override is also available for more refined control.” 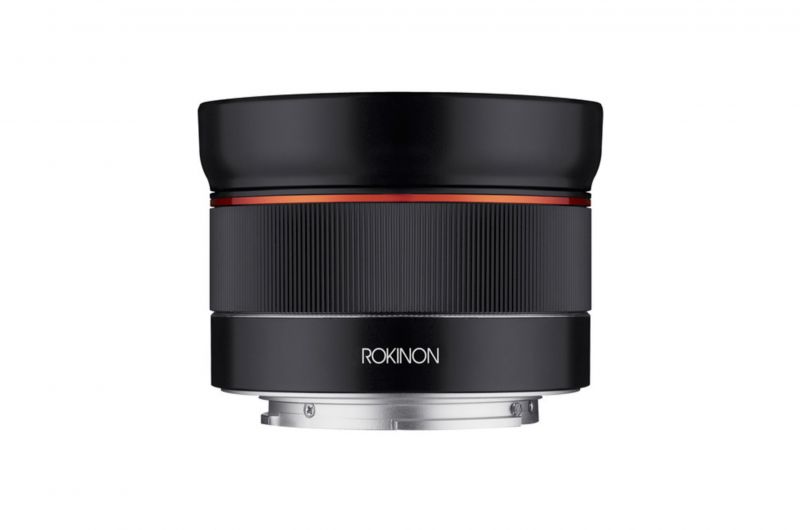 The 24mm 2.8 FE is so-described by the company as ‘tiny but wide’, and given the dimensions that makes perfect sense. The new lens will cost $399 when it arrives next month and that undercuts some of the competition by a significant amount.

While there is currently no exact Sony alternative there are similar options, and the closes would be the Sony Sonnar T* E 24mm f/1.8 ZA Lens, which is significantly faster, but also a lot larger, and costs $1,098. Other options could be the Handevision IBERIT 24mm f/2.4 which is $611 and doesn’t autofocus, or the new Sigma 24mm f/1.4 DG HSM Art which is much larger and heavier and is also $849. So it would seem from the spec sheet the Rokinon is doing well.