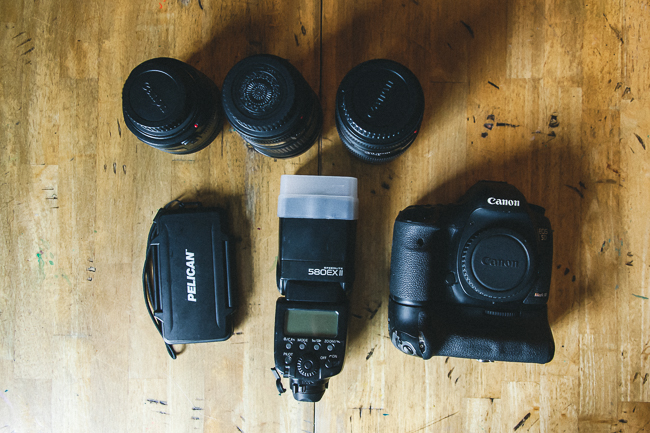 A lesson for those interested in simplicity – start with the basics and choose to end the insanity. It’s easy to write rhymes when you limit your diction. Even easier to limit when you decide what causes you friction – what makes your day harder? What makes you fumble or struggle with your kit? Where do you find yourself slowing WAAY down and thinking too much? These were all questions I began asking myself about 2 years ago as I trimmed my “gear fat” from a luggage cart full of stuff, down to just a small roller bag and occasionally a few light stands. Before we get to where I am now, however, let’s back up just a bit. 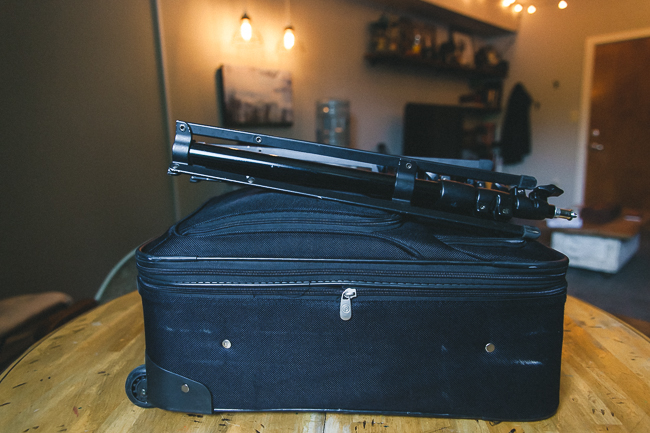 Signs and Symptoms of G.A.S.

Let me start off by saying I TOTALLY get it. I know a TON of you guys suffer from a similar condition that I lovingly call, “Gear Acquisition Syndrome” or G.A.S. If there was a new toy or a cool new “effect” I could add into my pack, B & H was my VERY next stop. I carried it, tried it, worked it and felt cooler and more “professional” doing so.

I’m not going to lie, there will ALWAYS be a constant desire for my creative heart to add something “new” to my photography; a new technique I’m trying to master or some little reflective surface I can put under my lens to add a “flare.” It’s just part of BEING creative, that NEED for “different” and “new.” This was different though. Maybe you’re a bit like me in that I feel like my brain is CONSTANTLY about ¾ of the way full. When I’m working with a client, if I’ve felt stagnant lately, sometimes I unintentionally focus that other ¼ percent of my “free” brain on that issue instead of tapping into that creative center that brings my art to life.

It’s SOO easy to get distracted sometimes. It’s easy to leave a session where you tried super hard to be creative and feel like you have better shots from when you FIRST started shooting…These were some of my first “breakthrough” thoughts in this area. Why did I feel stronger in my creativity when I “didn’t really know what I was doing” than I did now, 5-6 years into my career and knowing volumes more than I used to know about photos, people, gear, posing etc.? What I came up with first was my gear. For me, I was concerning myself so much with having the “right” gear that I lost the art of it and was beginning to get burned out creatively. My G.A.S was taking over and making hard to “breathe” creatively (come on now, that’s funny!). 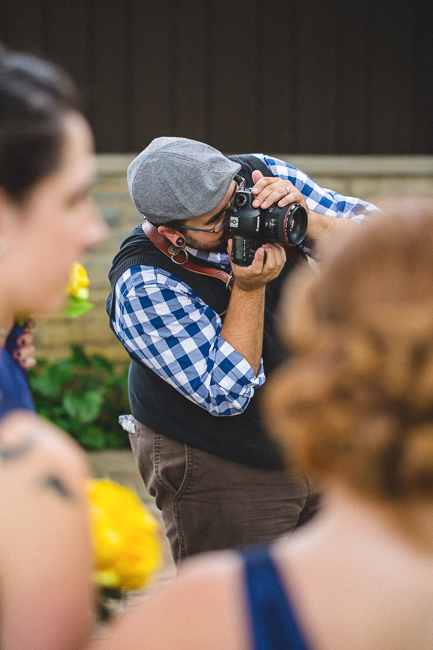 I had a pretty phenomenal art teacher when I was in high school. He helped me shape so much more than my ability to draw or paint; he gave me a foundation and understanding to build on. Mr. Hules, “taught me how to fish,” instead of just giving me fun art projects to pass the time. We spent an entire MONTH my senior year drawing brown paper bags on a table in black and white. We moved the light to the side…and drew bags. We opened the windows and used natural light…and drew bags. We even crumpled up some paper AROUND them…and drew BAGS! I thought I was going to go insane!!

The entire month was not a lesson in making cool art out of everyday objects; it was a lesson in seeing. How do we take what we see and convey that in a way that is authentic AND interesting? I didn’t really get it then, but it truly taught me how to SEE things differently, and it gave me a reference point for moments like this when I was creatively hitting the wall. So, I did what a lot of people do when they get to a breaking point; I slowed down a bit.

I began to pull back from following every photog under that sun that I liked. I stopped indulging my Google habit of looking for “cool new shots” all the time. I also tried shooting few weddings and sessions with just a 50mm lens. I thought I might die, honestly. I had so much GEAR before that I could just sit in my own little place and get any shot I wanted. I was happy there with all my “tools” (i.e. crutches), and it was HARD to change.

But then it slowly started to happen – I started to let go of a little of my G.A.S. and sold a lens (my beloved 24-70mm f/2.8 with that GLORIOUS red ring!!). I put that money into a better 50mm and then moved on to the big boy – my 70-200. I can remember buying it early on and feeling SO PROFESSIONAL because it LOOKED so legit. The day I listed it for sale, I had all the questions of “why would you sell this” like there was something terribly wrong with not having this lens as a wedding photographer. It felt so right to me to pull back and so, I happily unloaded it.

I had to get back to the basics again; start with what drove me back when I was really GROWING as an artist. What were the BASIC reasons I loved photos? I’m a moments guy. The stuff I LOVE to photograph is up close or super far back, so that’s what I kept. My main gear now is a 50mm 1.2 and a 100L. I have two other lenses in my kit along with 3 flash units, but that’s pretty much it. I rent something for special occasions every so often, but for the main gist of ALL I shoot, I have those two lenses.

Is it harder with only having two or three lenses to choose from on a wedding day? Some things are different, although not harder, per se. You definitely think through your positioning in a room differently than when you had unlimited zoom potential. But, I would say that if anything, it’s made me a better photographer. It has allowed my mind to be free of worrying about “which gear” I’m going to use and given me solid, dependable and consistent tools to create memories and works of art with. If there isn’t enough to think about when you are shooting a session already, what gear you are using and WHERE it all is can DEFINITELY be one you can remove by going smaller. 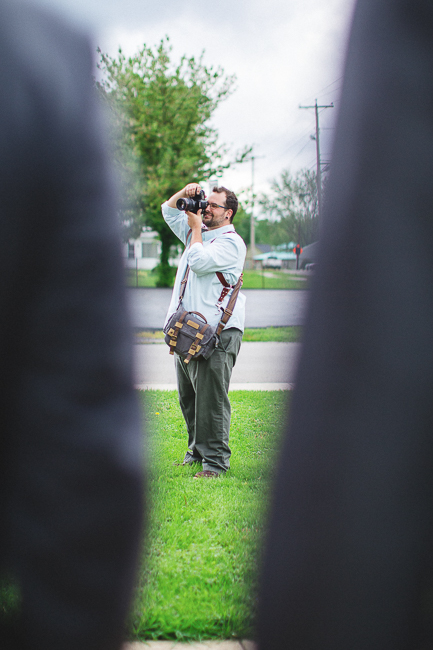 Maybe you are feeling a bit cramped in your creativity or MAYBE you just are tired of lugging all that crap around. Either way, here are 3 easy steps to getting “smaller” in your gear.

Go ahead, I dare you. Shoot an ENTIRE session with only ONE body and ONE lens. If you’re into flash and contrast, use your lights, but try it with less. Try to think of how you could get your same quality standards with less GEAR. If you’re doing this job for money, maybe you’ll feel less worried about doing a “test session” as practice first, but I would challenge you to try when it ACTUALLY counts. Give it a go, you might surprise yourself with what you’re able to create with so little!

2. Focus On Telling A Story

A LOT of times, we photographers get stuck on the “epic” shots and totally forget the people or thing we are photographing. They become completely replaceable parts of the shot. One thing that helps me immensely is to focus on showing some aspect of a couple’s relationship off through the photos. Or to show a particular little piece of a room or building off through the details I shoot. I try to focus my attention on those stories and details so that my creativity comes a little more naturally and the things I’m photographing get to shine rather than my “skills” as a photographer being the center of attention.

3. Don’t Buy a SINGLE Piece of Gear Without First Considering This

Does what I have limit me? If your gear isn’t limiting your vision or ability to deliver a solid, beautiful product, then there really is no NEED for new gear. I shot with my Canon 5D Mark II for 3 seasons and would still have it as my main body if I hadn’t gotten such a STELLAR deal on a Canon 5D Mark III that was being retired. I have been trying to intentionally hold off on gear until I truly do NEED it, and my G.A.S. has never been better!

I’m still working off of a 2010 MacPro as my main computer actually because it’s still super quick and does everything I need without slowing me down or causing me issues. Having the money and NEEDING something are TOTALLY different and making yourself slow down in this third area is CRUCIAL in getting smaller! 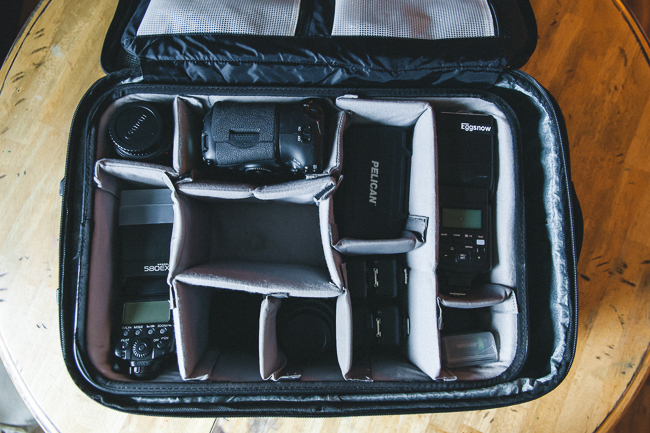 There’s a lot to be said about shooting with just the necessities, but I hope you find yourself happily surprised in what you are able to do with less! Less isn’t ALWAYS better, but it SURE is easier and less expensive; two things I’m always excited to have as part of managing my time and business!

Follow your heart, believe in the possibility of dreams, and watch Grey’s Anatomy. Seriously, I’m not ashamed to admit I like that show. Other than that, I’m yours (if you’re humming that Jason Mraz song now, we’re besties forevs!). What I mean is this: I wear my heart on my sleeve. I give my WHOLE heart and effort to the things I love including photography and teaching. I get giddy like a little kid about learning and will stay up late reading articles and watching boring documentaries about everything from food to technology and how they built Central Park. I’m generally described best by the following adjectives: Believer, husband, daddy (we have four kiddos, so tired should be included in there too!), romantic, lover of peanut butter, artist, compassionate,  lumber=sexual (it’s a new one, google it), designer +  fixer (old things, re-purposed things, broken things, useless things, ugly things).

Free Preset Pack To Bring Dehaze To Your Non-CC Lightroom 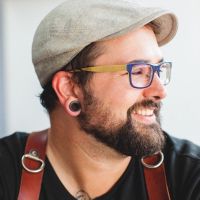