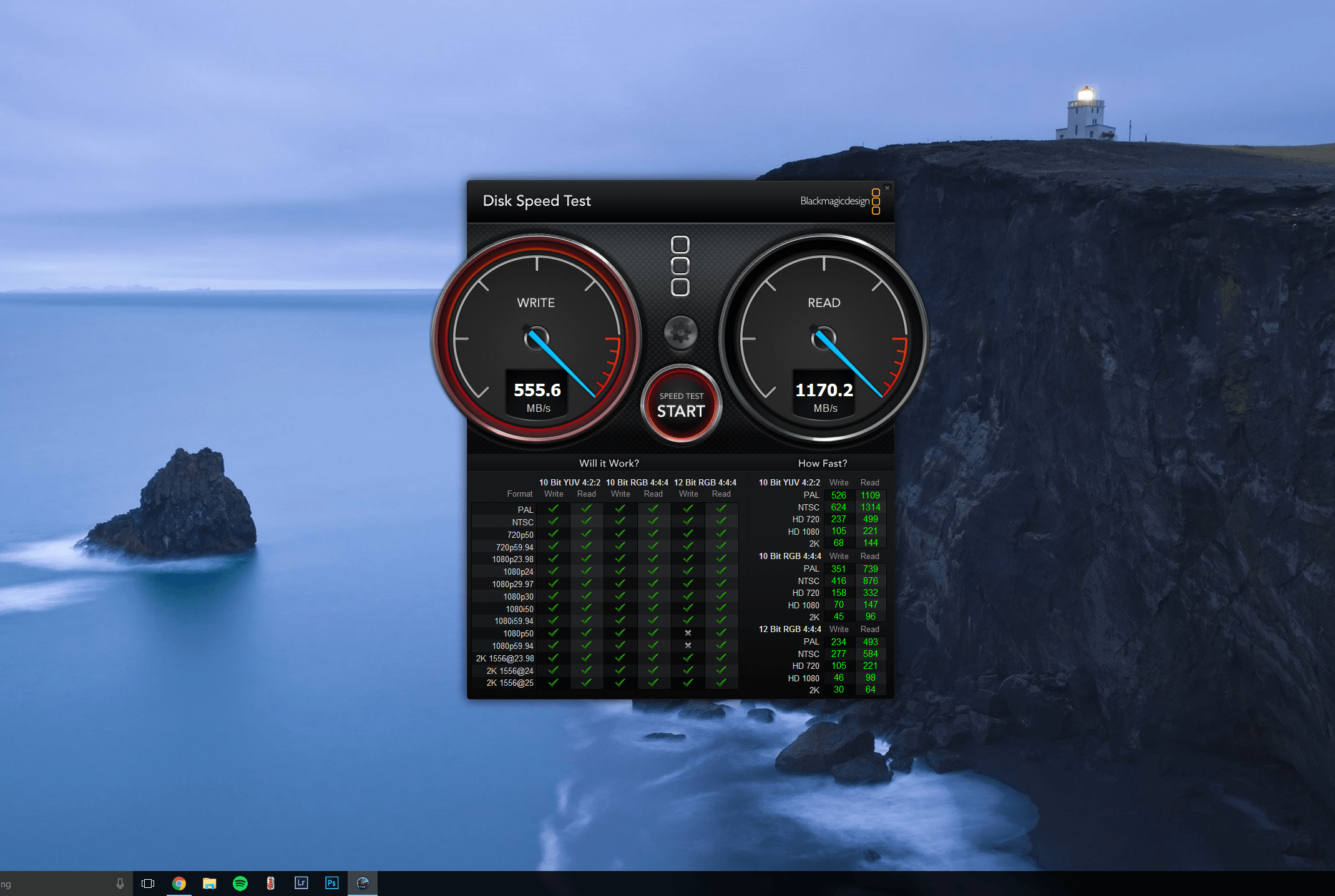 The Case for RAID-10 From a Photographer’s Perspective

As photographers, we are always looking for better ways to store our images, either from a speed or security perspective. Late last year, I had my two main drives crap out on me, and unlike what we preach here at SLR Lounge all the time – I did not have them backed up. I lost pretty much my entire 2015 catalog.

Needless to say, it was a devastating wake-up call that I needed to take my data storage a little more seriously. I started investigating some solutions for better performance and redundancy. SSD’s are much more affordable now than when I had built my system, so I knew I wanted to take advantage of their blazing fast speeds. But I also wanted to have some built-in redundancy for those times between backups; this meant going with a RAID of some kind.

After much research and some trial/error, I decided on the following setup, and in this post, I am going to details how easy it was to set up and why you should consider it.

The Case for RAID-10

I ended up settling on a RAID-10 setup, made up of four 512GB Transcend SSD370S Drives for a total storage capacity of just under 1TB. You see, with RAID-10 you get both the speed benefits and redundancy benefits of RAID 0 and RAID 1. The downside to RAID-10 is that you actually only get access to 1/2 of your true storage capability. In my case, 1 TB of usable storage when my four SSDs actually has a capacity of around 2TB. 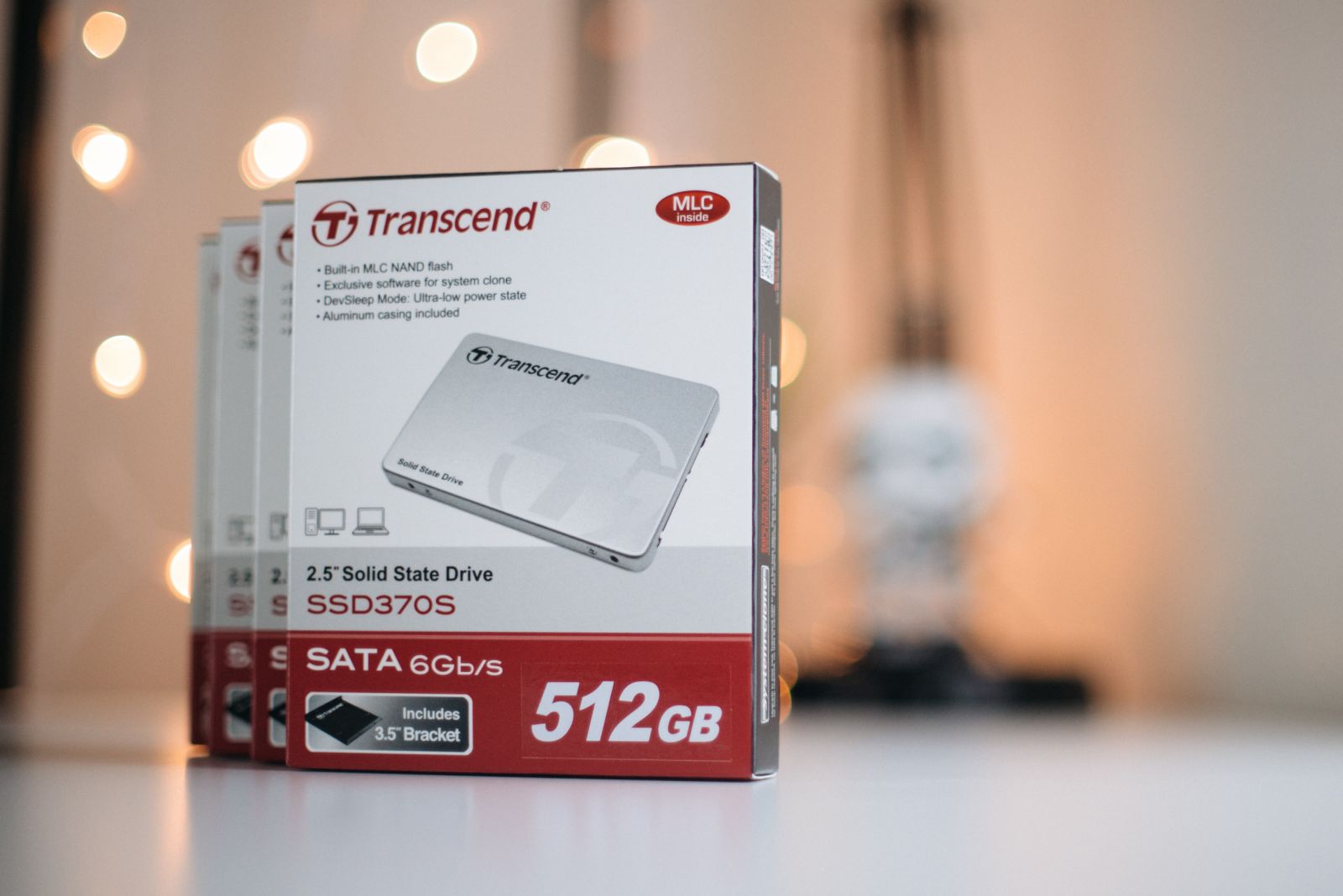 But I am not using this array as my long term or ‘bulk’ storage solution, this is my working drive, my OS drive. Files and Projects on this array will be things I am using and working on; when they are done, they get offloaded to my external backup storage drives. So, I am not too concerned about the max storage space on this drive because projects will constantly be coming on and off.

The benefits that RAID-10 gives me is spectacular; incredibly fast read times and extra security against single drive failures. For example, if, for some reason, one of the drives failed, I could simply replace it, and the array would rebuild the data on the new drive once I replaced it. I could continue to use my system and suffer little to no downtime. 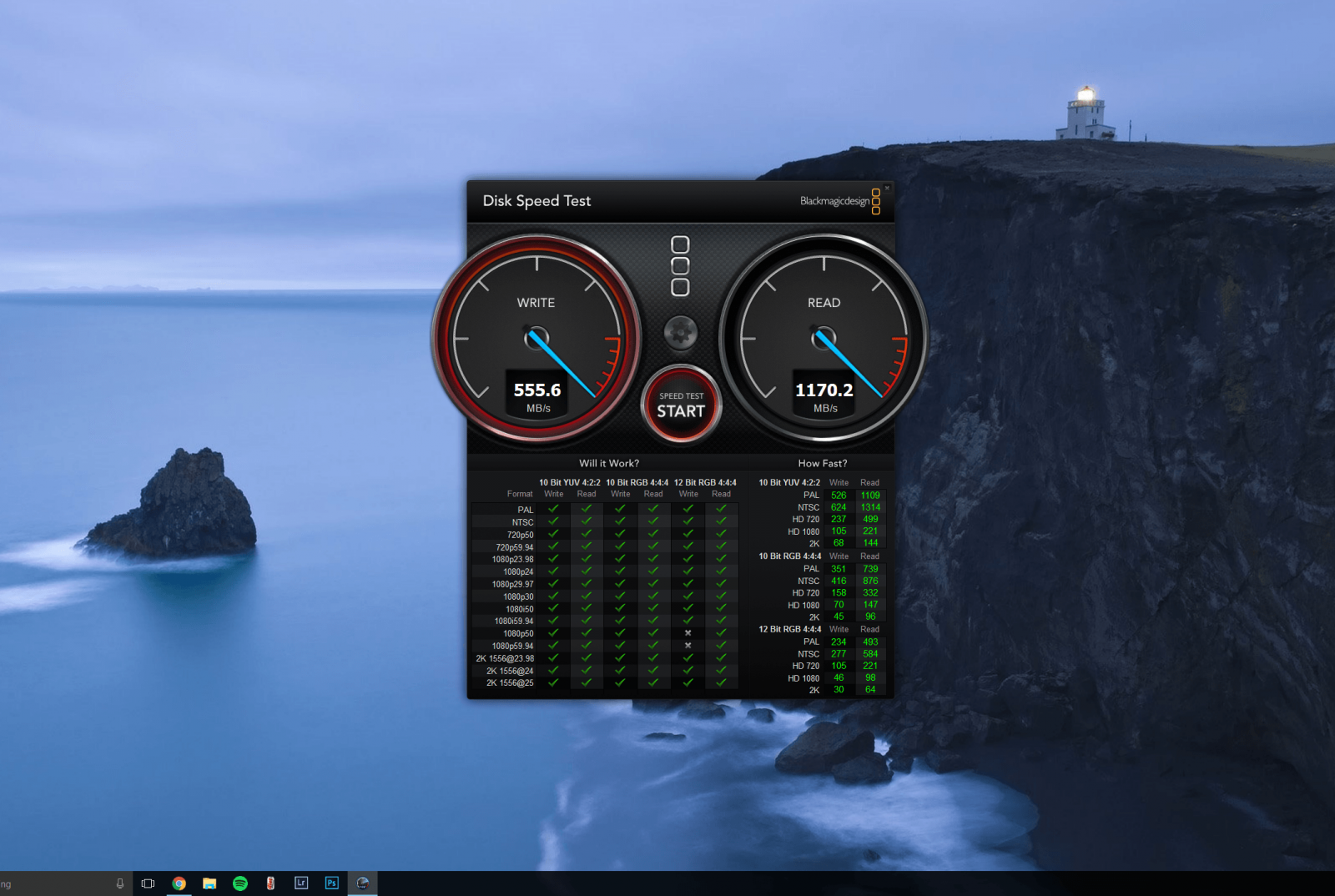 Your Use Case May Be Different, But RAID-10 Is StilL Good

You may not want to use a RAID-10 array on your primary OS drive. In fact, I would think that many of you are simply looking for a better working drive/array to add into your current system. RAID-10 is still a great option for you, though your setup will differ from what I had to do in my setup process.

To setup the RAID-10 array like I intended (running my OS), I could not just set it up through Windows. I needed to make use of my motherboards built in Intel RAID controller to create my drive array ahead of time, and then install windows on top of it after the fact. 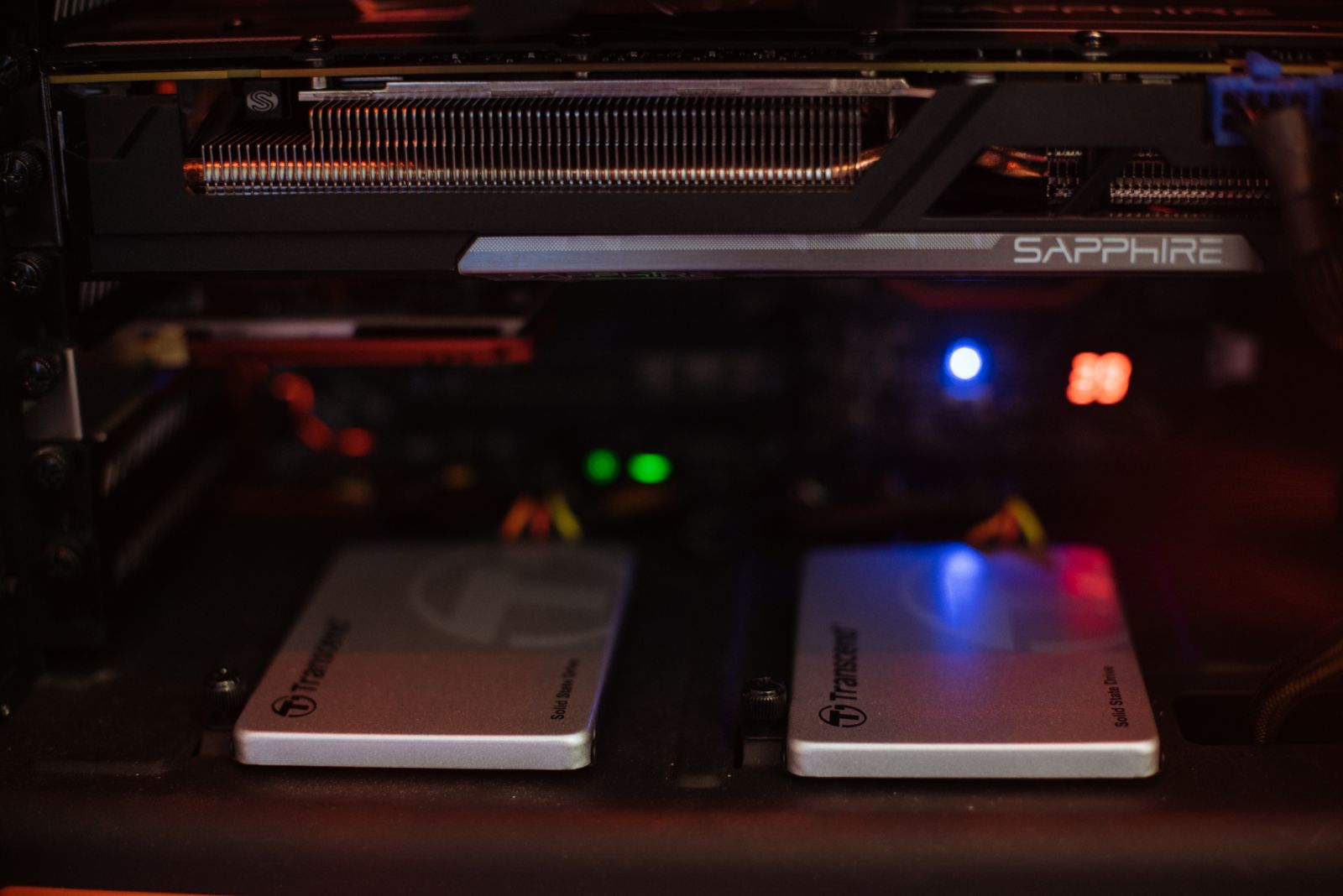 This process had me hit a few snags – mostly with having to press the right buttons during the bootup process at the right time. But overall, it was really simple, I just selected my four SSDs and told the controller that I wanted to run them in a RAID-10 with the maximum drive capacity, which in my case was just under 1 TB.

After this, the controller set up the RAID and the system rebooted. I confirmed that the RAID array was functioning and detectable, and then rebooted the system again. From this point on, the rest of my setup process was pretty much like any usual PC install. I connected my Windows installation USB stick and installed Windows, making sure to select my RAID-10 array as the install location.

In some cases, you may need to install special drivers in order for Windows to detect your RAID array, but in my case, that was not necessary. 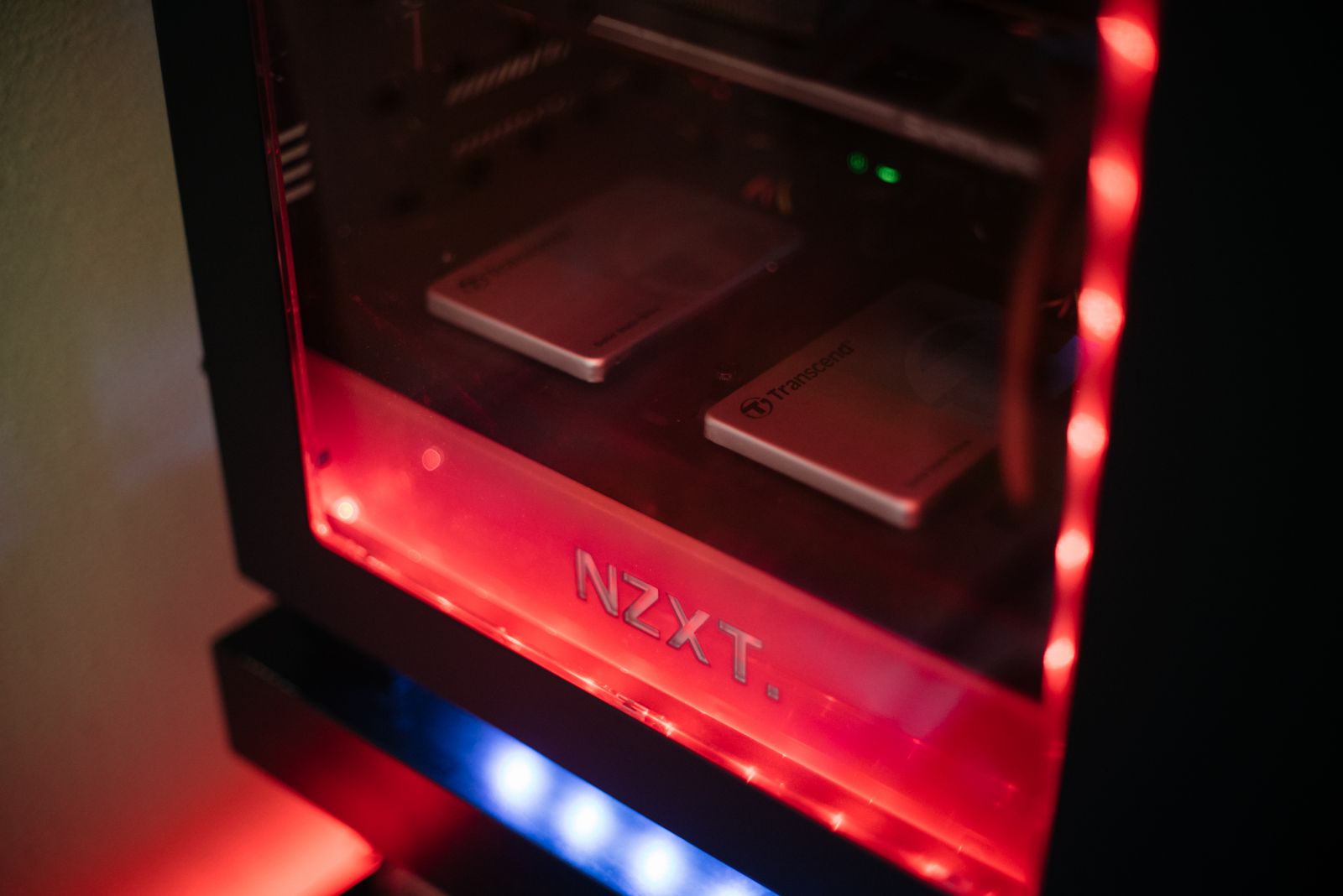 Once Windows was installed, I took the time to let it download and install all of the necessary updates, and then installed all of my software, etc. This included downloading Adobe CC, with Lightroom and Photoshop being priorities.

To Wrap It All Up

In summary, RAID 10 has given me both things that I desired from my drive, speed and redundancy. This gives me the piece of mind knowing that my working projects are safe until I am ready to offload them to one of my backup locations.

Working with files (since I purchased my A7R II) had become a bit of a hassle, especially in Lightroom. I doubled the RAM in my system, and that did not help much (though it did help some). I have noticed Lightroom running a little smoother now that it can access my files faster – thanks to the increased read speeds from the RAID-10.

Overall, I am very happy with this new setup and I wanted to share it will all of you. The chances are that some of you have been looking into similar setups or have been looking for ways to increase performance/redundancy on their systems, and this is a great option.

I should also note, this is also a great way to get around having to purchase SSDs for better read speeds. You could buy several higher capacity, but slower traditional hard drives and put those into a RAID-10. The performance, in that case, would likely bring you closer to that of a single SSD, and give you access to much higher storage capacities for your RAID-10.

Three Ways to Create Dramatic Portraits with One Hard Light

10 Things Every Nature Photographer Should Have In Their Bag