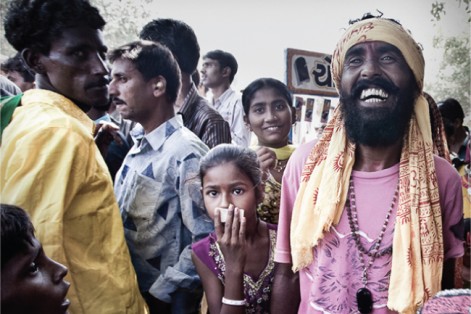 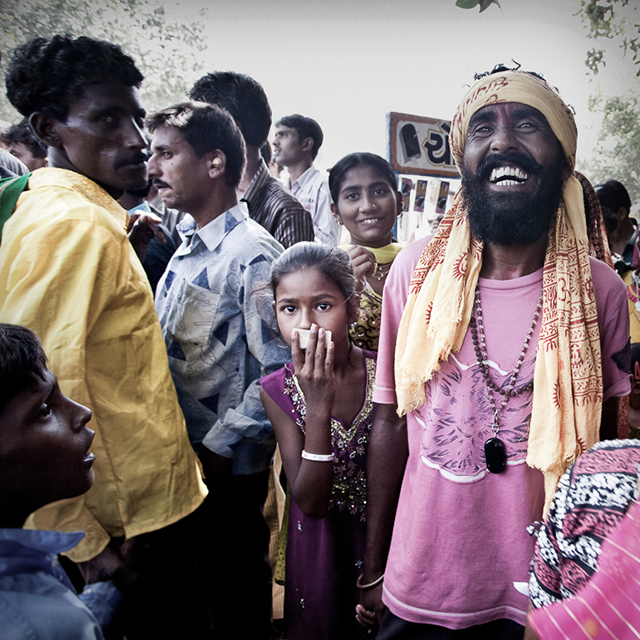 It’s difficult to take pictures of people without first establishing a relationship with them. When traveling through sparsely frequented areas, necessity will teach you to manage with sign language and to create silent relationship codes. One of the best photography tips I’ve ever received is to break the ice and transform the atmosphere. A direct look in the eye, taking the outstretched hand of a stranger, offering a smile and a cup of tea in a slum, are all ways to connect with strangers. If you add to all of these three or four words in the local dialect, you have all that any good travel photographer needs to start. 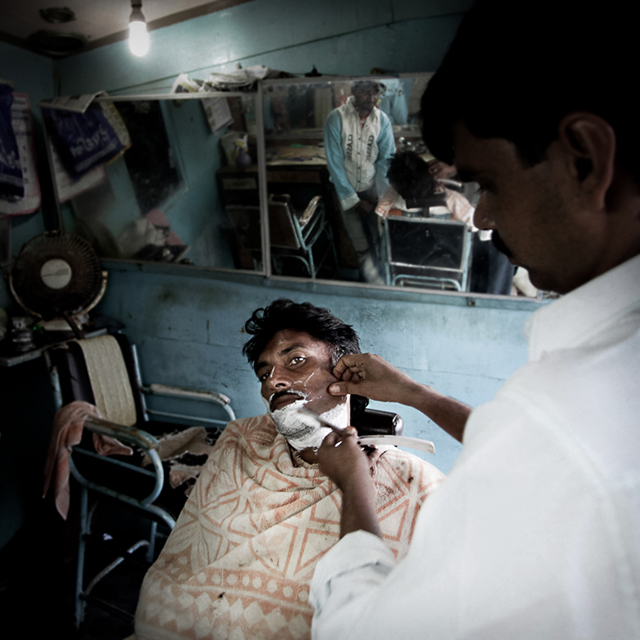 Tea, in many cultures is the first thing that is offered to an outsider to establish a relationship. If you accept their tea, it will signify your desire to pursue a friendship with them, therefore helping them feel more comfortable with you. I remember an episode in a slum in Kawda, Gujarat where I applied this tip and was able to go from “No camera, no photo” to real camaraderie with the locals in less than ten minutes.

Random, friendly, comedic or entertaining gestures can make a huge difference. For example, magic is an extraordinary diplomatic instrument to break cultural barriers.

I remember being in a monastery once at 5 a.m. in Yangon, Myanmar with a Buddhist nun and a Buddhist monk. I can’t speak Burmese, and they can’t speak English so we stood there together in silence. Until, without a word, I hand over my camera to the nun to approach the monk with my right hand, extended and open, showing a coin in it. A long pause follows, both of them looking expectantly at each other.

With a theatrical gesture, I then put the coin in my mouth, and pretend to swallow it. I show them my open mouth, proving that the coin is not there, and … I take it out of my nose! The scowling monk’s expression changes, he slaps his forehead with his right hand and breaks out laughing loudly. In a surprising change of atmosphere, the monk drags me through the different rooms of the monastery while waking up the other monks to be photographed by the photographer-wizard!

Do this in a fixed and quiet manner even though this is something that we Westerners are not used to doing. For us, a direct look may mean a challenge or a provocation. In some countries, like India, especially in rural areas, a look is actually “read” by the person in front of you. So sometimes, when you don’t speak the language, everything you have to say is conveyed by a look.

In a place like India, in rural areas it very often happens that when you are alone, somebody might approach you at a distance that invades your privacy. He then usually holds out his hand suddenly and unexpectedly while yelling “How are you, where are you from” at you. The startled Westerner then often recoils in a scared manner. The trick though is to just accept the stranger’s hand.

The natives have been taught in school to make contact with foreigners so it is normal behavior for them to act that way. Though abrupt, it is often the beginning of a conversation and an unexpensive way for most of them to learn English, the language that opens doors of financial and social advancement for them.

Smiling tends to help in most countries. In India for example, looking into the eyes of the person at the same time can help even more.

This is especially valid when something and everything seems to be going wrong: your seat booking has not appeared, you have been dumped in the middle of nowhere or someone is angry because of a misunderstanding. Shouting is considered impolite and evident anger coupled with shouts will only increase the confusion of the other party. Many problems can be solved with a smile and polite wording in difficult circumstances. When things get complicated, and you are having trouble with a lesser authority, a small financial suggestion is also sometimes the perfect companion for that smile.

6- Cross over to the other side

If the other side is difficult to access or uphill, even better. Tourists would rather take the route of convenience and comfort, which is where everything that is most common and ordinary is going to be found. Agencies organize everything at the shortest possible distance away and with the best access: it is much cheaper and less troublesome… for the Agency. The more you move away from accessibility and comfort, the greater your chances are of running into something authentic. Always cross over to the other side.

7- Learn a few words of the local dialect

A first greeting in the local dialect and a “tag line” tends to work wonders.

Your first impression is important, few things cause more empathy than interest than a foreigner showing real interest in the local culture. Clothing and gestures come first and language comes later. The truth is that if clothing reveals our origin, language offers guidance about our first intentions.

If you would like to learn more be sure to check out my next tip in Nomad Xpedition. 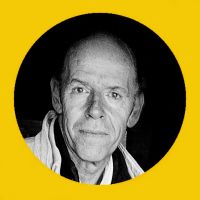