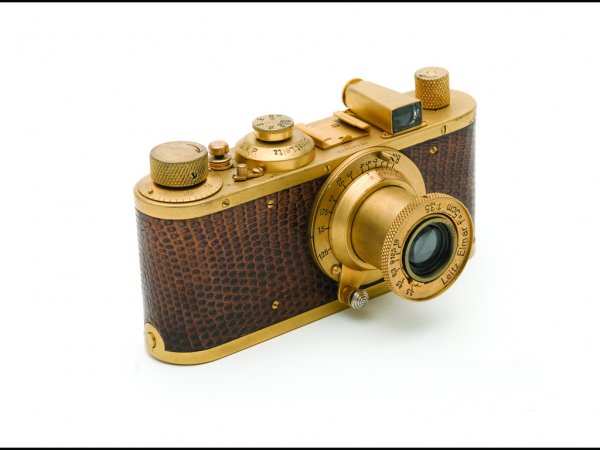 Old Leica cameras sell for a pretty penny, we all know that. But how about when you pair an already expensive brand with one of the rarest cameras ever made? You start to get into deep deep pockets and international camera auctions.

The super-rare Leica Luxus 1 was a camera produced for only 1 year, with only 95 bodies ever made. This makes it not only one of the rarest Leica cameras, but one of the rarest cameras in the world. Apparently the Bonhams Auction House in Hong Kong has one of these rare beauties going up for auction on November 22nd.

But don’t start saving your pennies quiet yet, your are going to need a lot of them. According to current estimates the camera is expected to go for over $600,000, and while this may seem like a lot it is actually on the lower end of the spectrum for this rare camera. Other auctions have sold this camera for as high as $1.3 Million.

I could never imagine having enough money to be willing to spend this sort of cash on a camera that I would never use to take a picture. I understand being a collector, and I guess if you have the money to spend then why not, but I certainly will never have the kind of cheddar needed to float this sort of purchase to the wife, haha.