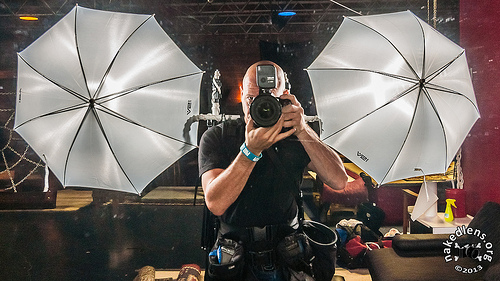 StrobePack, The DIY Portrait Studio You Can Wear!

We all know that your camera’s built in flash is a terrible light source, and that a single on-camera flash is the way to go. But what if I told you that you could build your own mobile lighting studio, which you wear on your back – curious?

Photographer Mark Kaplan recently wrote about his “StrobePack” in a great post over on DIYPhotography. “The basic goal of the StrobePack, is to provide high-quality lighting at night and in low-light conditions, although it can be used in daylight, it really works best with low ambient light.” Mark says.

The rig was originally designed for use Dragon*Con in Atlanta in 2011, and started out as a Military ALICE pack frame with light stands duct taped to the unit. The next year in September, a custom cross beam was fabricated which allowed for the strobes to be mounted securely to the ALICE pack. The unit currently holds 2 SB-600s with 24” umbrellas as modifiers, triggered by the Phottix Odin System.

The Odins solved the last big issue in the project, which was remote power control, since once the pack is on my back, I can no longer reach the strobes. 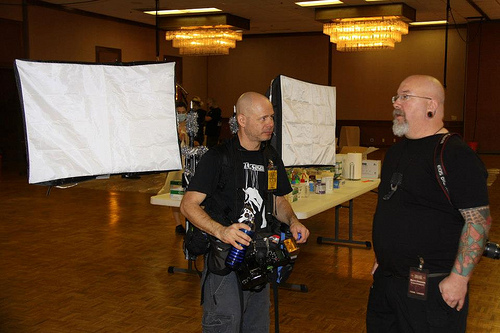 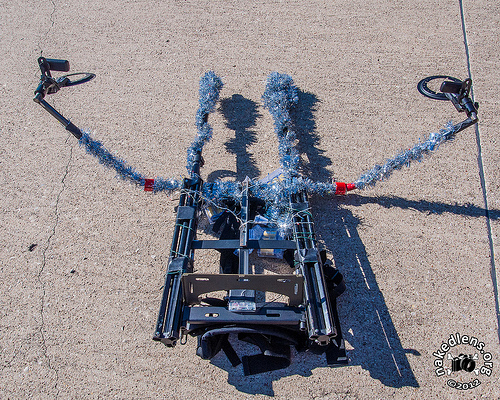 All I have to say is that this is pretty awesome. I would never be caught dead wearing a rig like that, but I think the concept is neat. Though I can see it being an issue in places with larger crowds where the size of the rig could be a problem. That said, the results look great! To learn more about the rig head on over to DIYPhotography and read the full post. 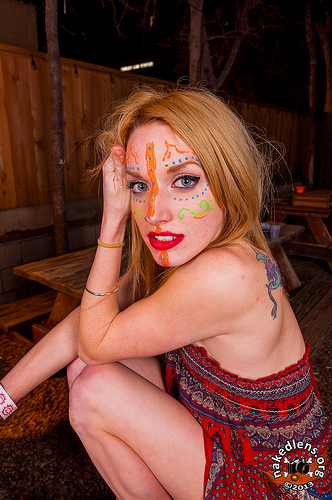