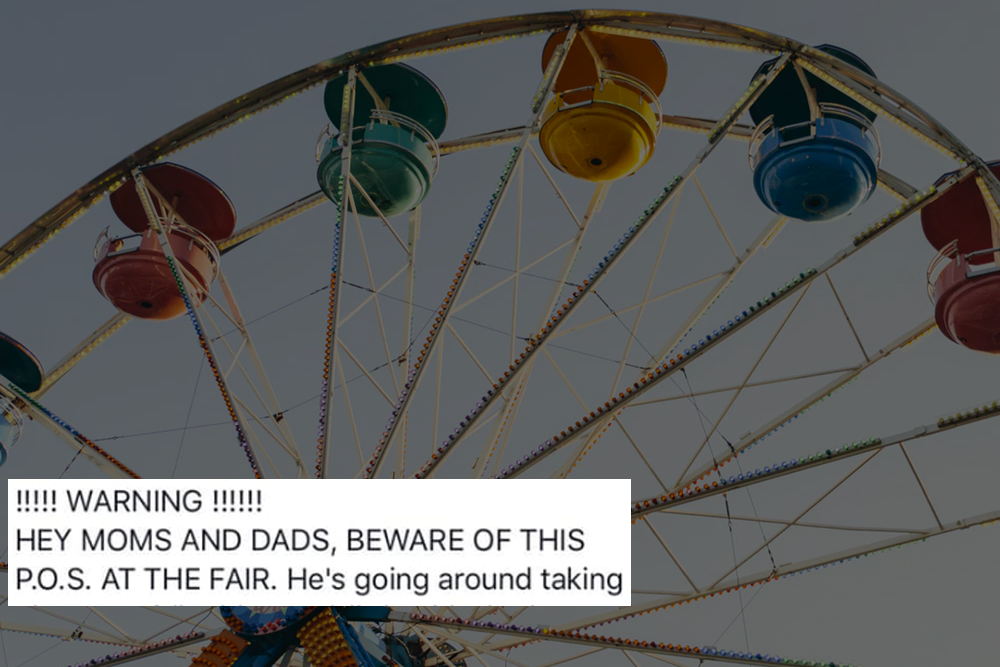 Street Photographer Slammed for Taking Photos on the… Street

Last week, street photographer, Joshua Rosenthal ran into a situation he’d never experienced before. He was at the Ventura County Fair taking candid portraits of the people around him. He went home only to wake up the next morning to a slew of viral Facebook posts… viral posts targeting him and his profession.

This story was reported first on Petapixel.

When Local Vigilantism Goes Too Far

While Joshua was taking journalistic photos at the Ventura County Fair, someone happened to be there taking video of the fair as well and recorded him taking photos of fair attendees. It only went downhill from there.

The morning after the fair, Joshua woke up to find out photos of him had gone viral, but not in a way he could have ever imagined. Angry parents and Facebook vigilantes were sharing his photo all over social media, spreading appalling accusations about the local street photographer.  Needless to say, Joshua immediately took to social media to defend himself.

So guys, I have woken up to all the sadness in this world striking me square in the face. Not really sure how to respond…

Part of his job is taking candid photos of people without gaining prior approval. “The photos speak more to the moment,” he said, adding, “One can’t capture life when it’s being posed.”  As you can see from his Instagram account, Joshua is a legitimate photographer, with an eye for the real moment.

Just talk it out

Look, I get it, if someone were to point a camera at me, I’d get a little suspicious. If they pointed it at my kid, we might even have problems. Which is why, it’s always important to ask for permission, even if you’re not obliged to. No law exists prohibiting photographers from taking photos in public.  In fact, the Ventura police department posted on their account that “no crime occurred during this incident.”

I know there are a lot of street photographers out there who don’t ask for permission. And the most I hear coming from them is a subject asking not to have his picture taken. It’s no big deal and the conversation, as well as photographing, stops there.

But some people just like to watch the world burn. They’d rather sit behind their computer and try to ruin someone’s livelihood rather than stopping to simply ask what they’re doing. It’s those types of people that you’ve got to look out for.

It’s so easy these days to take someone down with a few out-of-context photos on social media. A lot of problems can be solved with just a direct conversation. Just a few quick words is all it takes to avoid catastrophe. Remember that next time you’re out at the fair and a photographer comes up and snaps a shot. Maybe if you confront them about it, you might end up with great photos of yourself and your loved ones.

When the Earth Speaks: Why I Love Landscape Photography