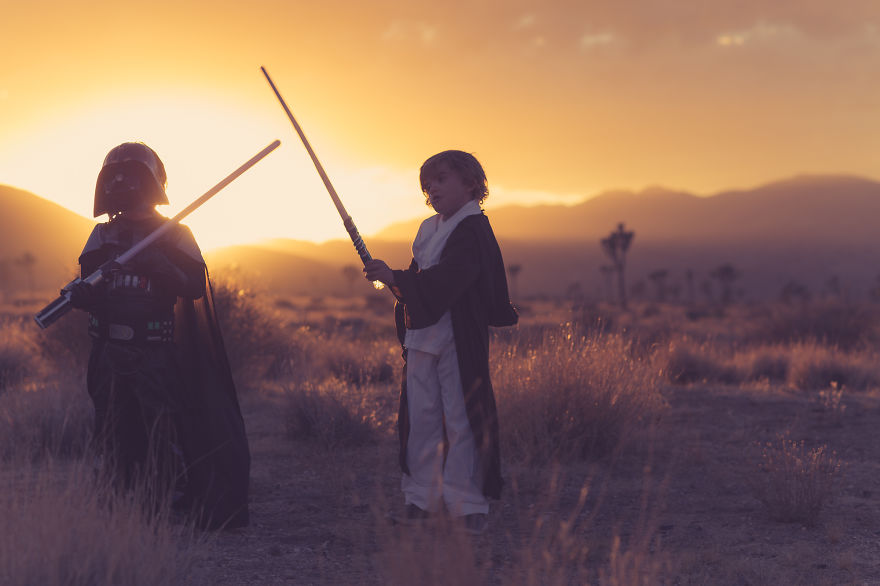 There’s this little movie coming out this week. I’m sure only a handful of you have heard about it. It’s called Star Wars or something. But anyway, the people that follow it, love it, and create entire photo shoots with it as the theme.

You know I’m being facetious and if you’re one of the die hards that have bought tickets months in advance for tonight’s highly anticipated release of Star Wars ‘The Force Awakens‘, well, enjoy this session below. 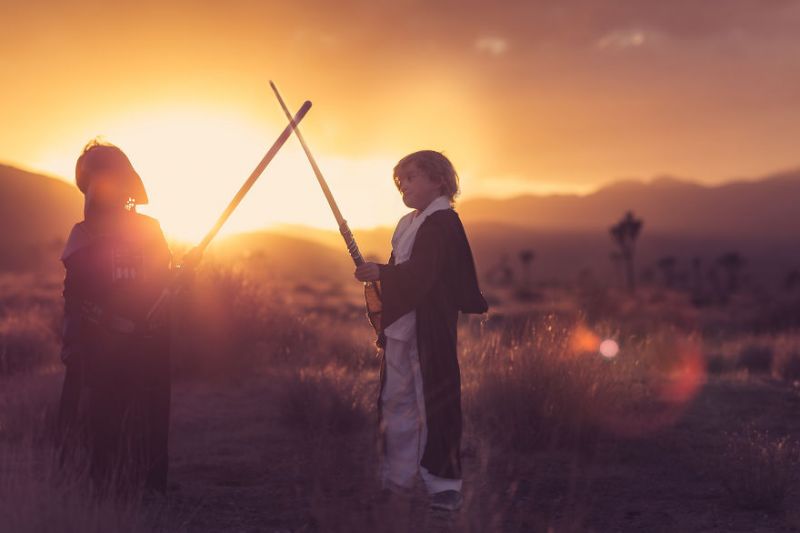 California-based photographer Catherine Lacey Dodd’s two sons, ages 5 and 7, are obsessed with the upcoming Star Wars movie. In order to “quench [their] thirst for involvement in The Force Awakens” and “driven by the need both to create something beautiful and emotive that has true meaning” for her boys, Catherine began planning a Star Wars themed photo shoot to honor the cultural phenomenon for them and their imagination.

But even more importantly for Catherine, she explains, “it was about how empowering the images would be for my 7-year-old son who happens to have CHARGE Syndrome. CHARGE is one of the most complex medical and sensory conditions known, resulting in him having endured 19 major surgeries to date. To feed my sons’ imaginations, we set out to create a beautiful vehicle in which we could see beyond his disabilities, employing his own basic karate moves into the choreography of the duels.” 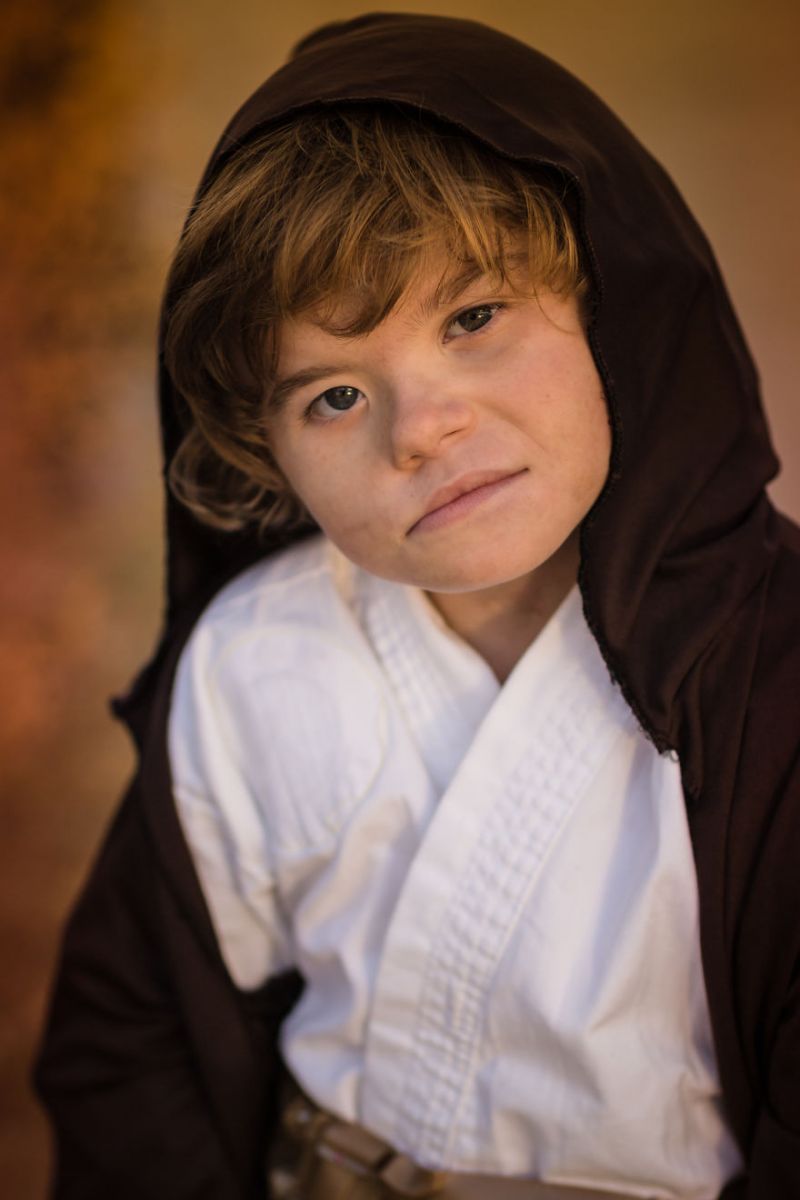 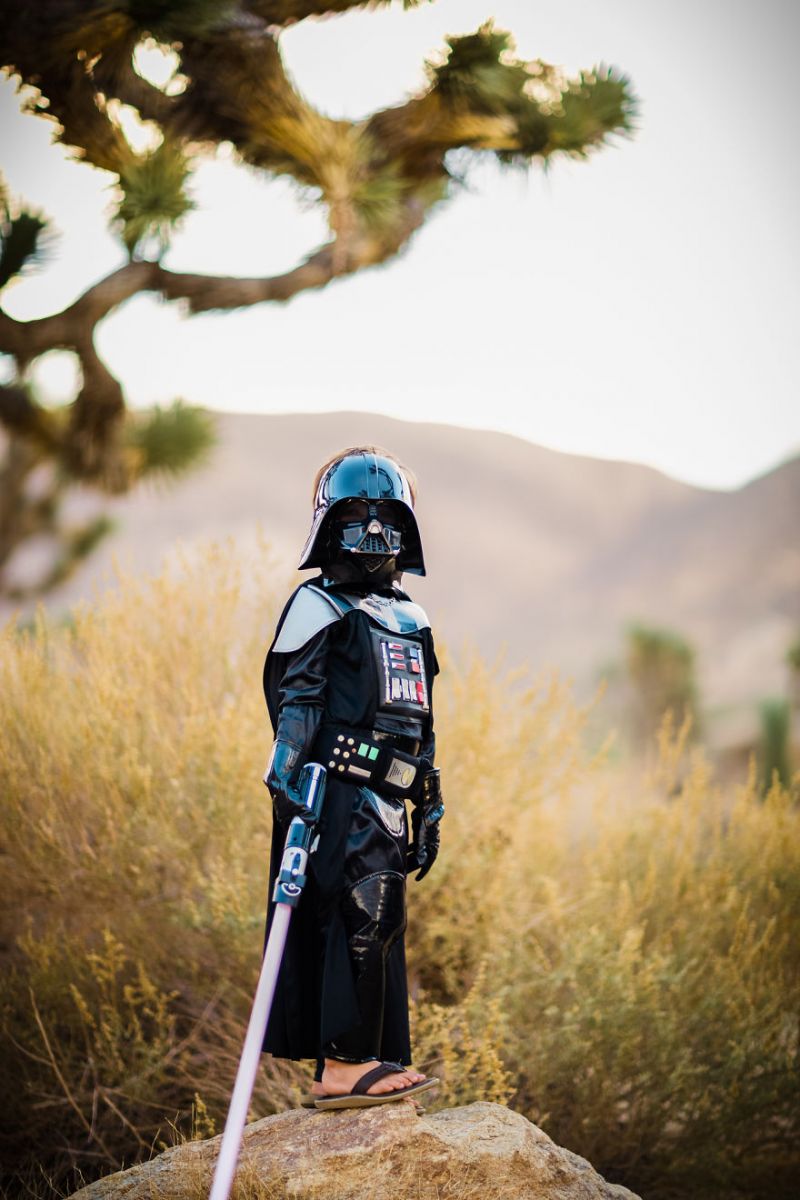 Three hours away from their home in Los Angeles, Catherine chose Joshua Tree National Park as the backdrop for this photo session, its desert terrain a nice substitute for the planet Tatooine. Using her Canon 5D Mark III, a wide angle Tokina 16-28mm, and Canon 85mm f1.2L lenses, Catherine photographed her Jedi Knight fighting a flip-flop wearing Darth Vader. The entire shoot took about 10 minutes before her sons lost interest and declared the shoot complete. 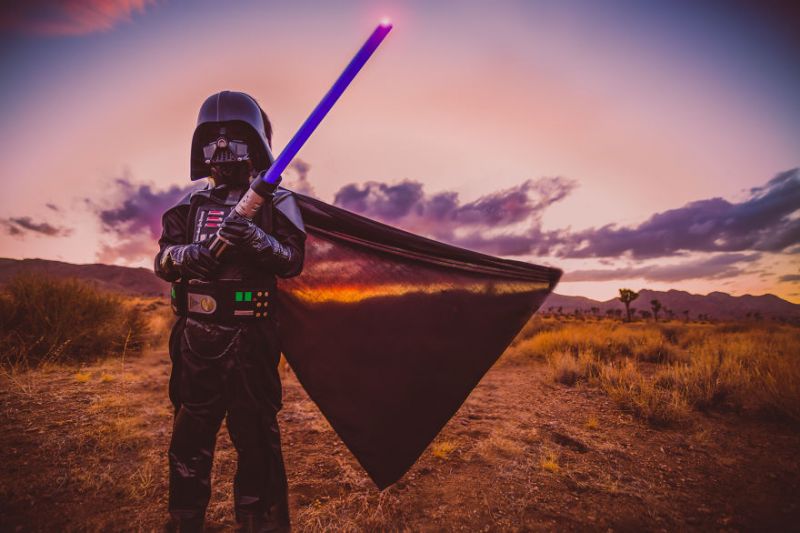 In post, Catherine brought the images to life. She describes how she processed the above image, “my Jedi graciously permitted himself to be removed from this frame in post production using layer masks. In Lightroom, I fused punchy styles in rich oranges for the sultry desert sun with purple symbolizing Darth’s energy, power and ambition, then intensified the theater of the clouds for a more post-apocalyptic presence. The use of a slight flare to the light saber brought it to life and juxtaposed with the darkness of character, and the softened blacks and shadows provided interest in the depth. The timing of the setting sun through his cloak simply completed the image for me, hailing that moment in photography when so many things collide at just the right angles, and you instinctively know you’ve hit it.” 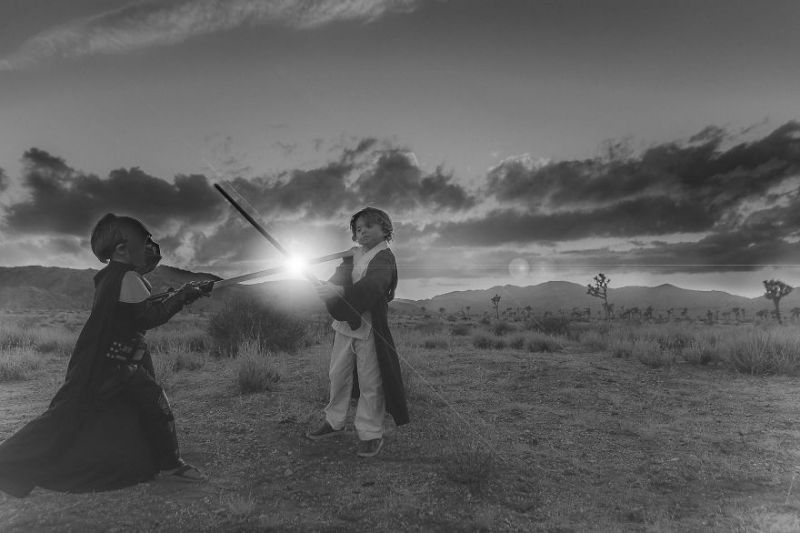 The project was as much about seeing Star Wars through my children’s eyes as it was about refueling my own youthful nostalgia, overflowing as it is with memories of the original movie’s release and meaning. The Force of the movie itself does indeed continue to be strong, gravitational.

To see more of Catherine Lacey Dodd’s work, check out her Facebook page. 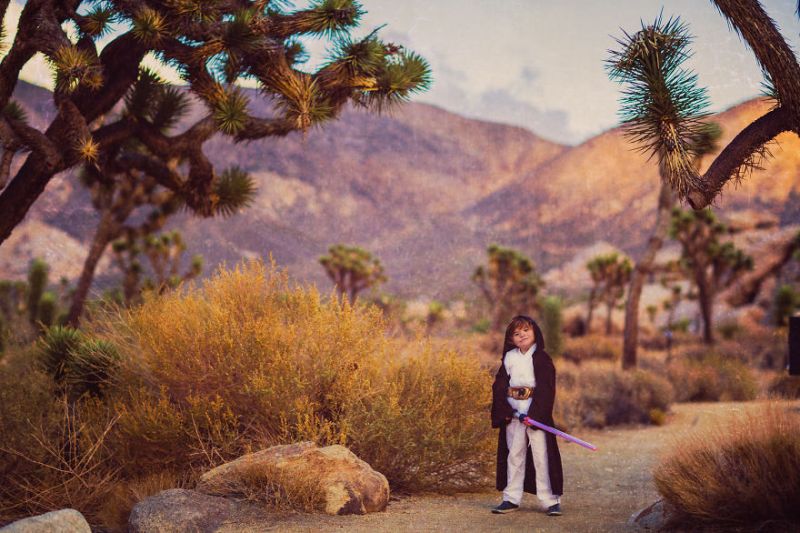 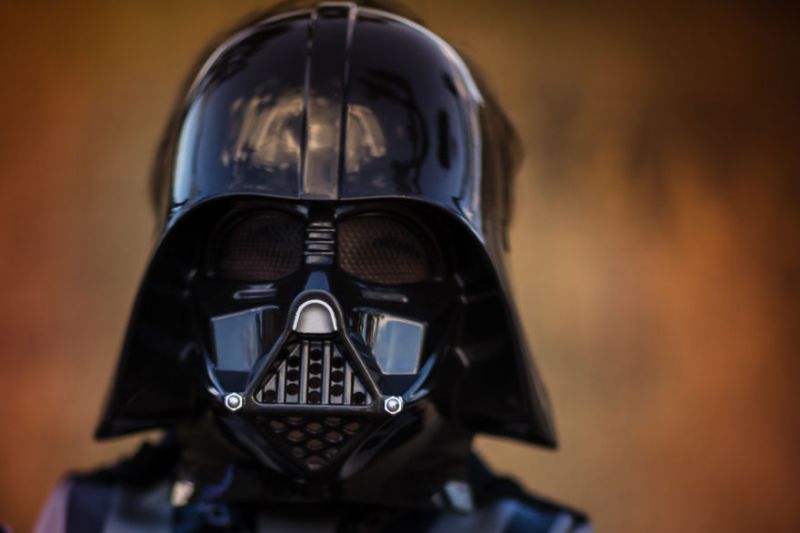 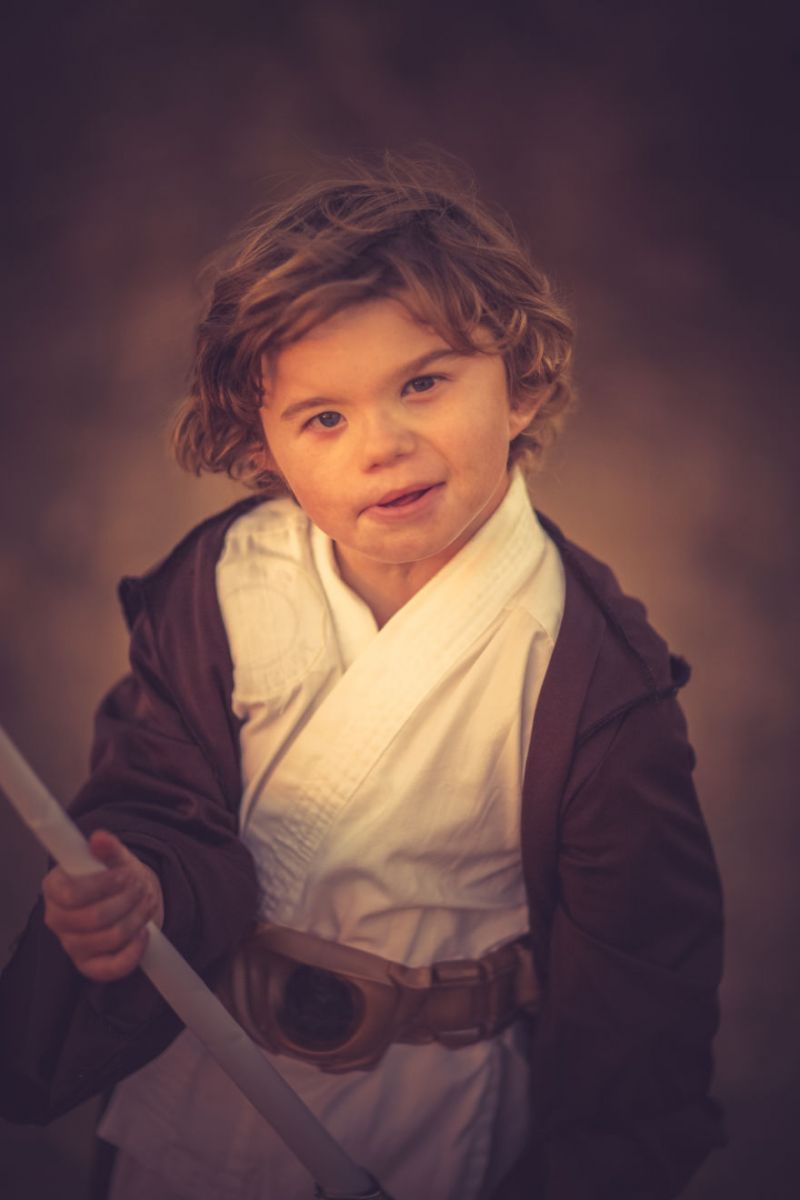 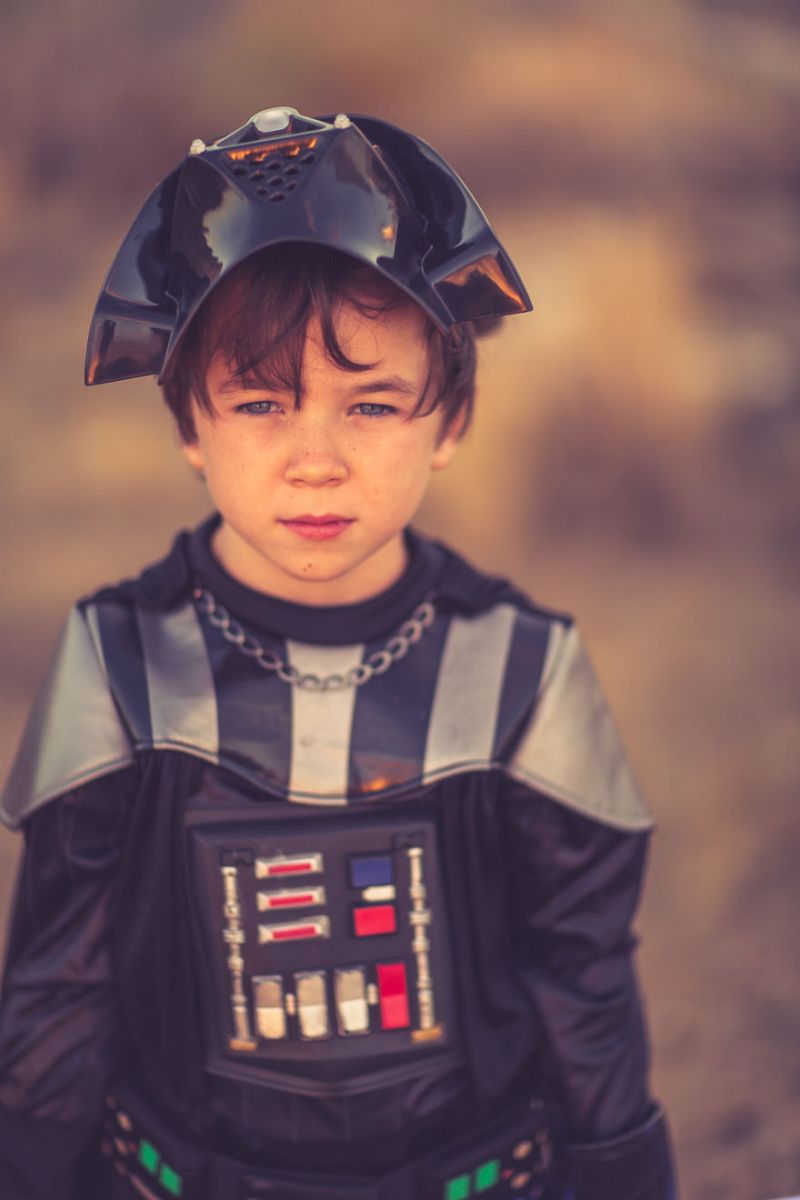 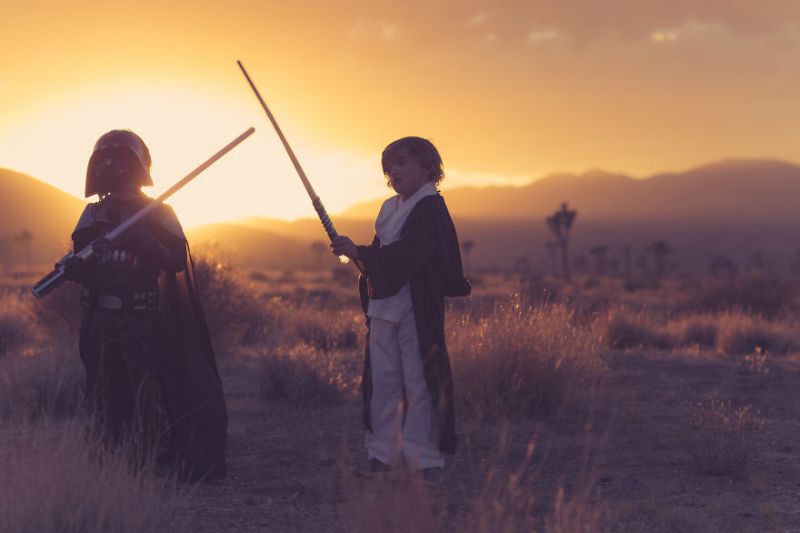 CREDITS: Photographs by Catherine Lacey Dodd are copyrighted and have been used with permission for SLR Lounge. Do not copy, modify or re-post this article or images without express permission from SLR Lounge and the artist.

Is This How You Handle Street Photography Confrontation?