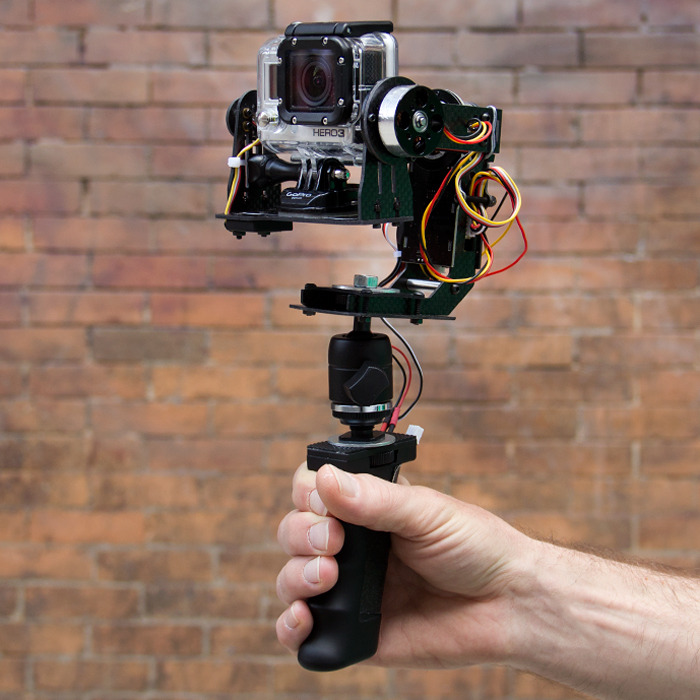 There has been a lot of new stabilizers coming out since the MoVI was announced earlier this year. We have told you about several of them, including a DIY model and the BeSteady. Today we came across a Kickstarter for an awesome GoPro stabilizer called the STABiLGO.

STABiLGO is an affordable, motorized stabilizer for active cinematography aimed at GoPro users.

As you can see from the video, the unit appears to work pretty well. About as good as any other GoPro stabilizer that I have seen. I guess the biggest reservation I have about the unit is the price, which they estimate to be around $550. Even as cheap as it is, when compared to other stabilizers, its out of my budget.

That said, the ability to spend 1K (price of the STABiLGO & a Go Pro Hero 3 Black) and have a decent stabilized action cam rig is pretty awesome. I can see this upping the quality of many low budget films, and short video.

If you are curious about learning more you can check out the STABiLGO’s Kickstarter page. Currently at the time of this posting they are at $32,745 out of their goal of $100,000. So if you like the project they could certainly use your support.

What do you guys think about this GoPro stabilizer? Let us know in a comment below.