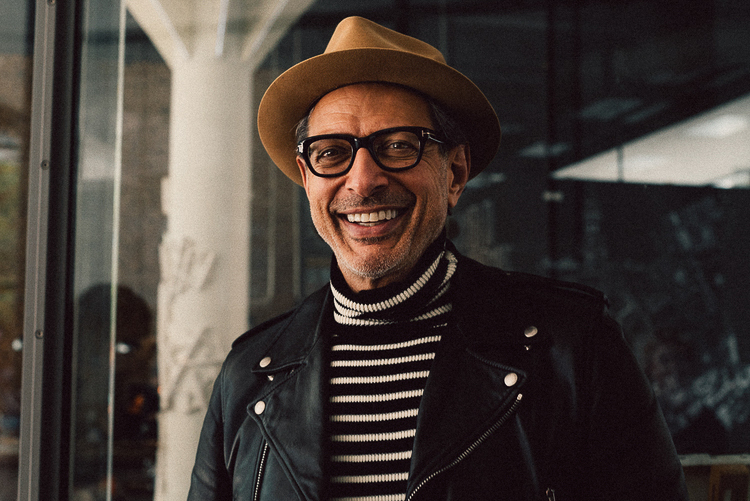 How to Spontaneously Photograph a Famous Person (Specifically Jeff Goldblum)

So I ran into Jeff Goldblum after attending a press event for the new Independence Day movie. I was pretty happy with how I handled the scenario; It was quick; He was happy. I was happy. It was a good exchange.

Even after becoming aware that they are in fact, just people just like you or me, meeting a famous actor is still quite cool. But a new question arises: is getting an autograph or (if you’re reading this in 2016) a selfie with said celebrity going to come off as annoying to said celebrity. Answer: No. As a celebrity they’re used to it and expect it.

New question: Will they really care about your selfie or your interaction with them if you ask? Probably not so much. But, can you imagine how much more appreciative they’ll be and impressionable you’ll be if you were to ask “May I take your portrait?”. The fact you took the time to politely ask, makes you probably not vicious paparazzi.

So, let’s say you’ve quickly made the active decision to approach a passing celebrity and ask to take their photograph, and they’ve said yes. Lucky you. Well not yet. Luck is the meeting of opportunity and preparation; You’ve encountered a fortunate opportunity of crossing paths with a famous person, and then think of the amount of instagram likes and texts from relatives congratulating you you’ll get! But are you fully prepared to make the most of this opportunity? Here’s some advice to follow if you find yourself with a similar scenario.

Once you follow all those steps, you’re not only well-prepared but made the most out of your fortunate opportunity. Or you could just think about taking their photo but let your shyness get the better of you and probably regret it forever. The choice is entirely up to you.

Also, a lot of these applies to everyday people you pass on the streets. Think of all the photo opportunities you’re passing by every time you leave the house. Constantly regretting not having a camera with you when you don’t is a good sign of a passionate photographer. 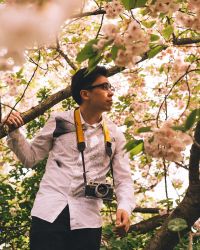 Ray Roberts is a filmmaker and portrait photographer from London. Ray is also confused if typing in the third-person looks silly or not.

You can find more about and from Ray on his site, Youtube channel, and Instagram, so let’s show him some love.

CREDITS: Photographs by Ray Roberts are copyrighted and have been used with permission for SLR Lounge. Do not copy, modify or re-post this article or images without express permission from SLR Lounge and the artist.