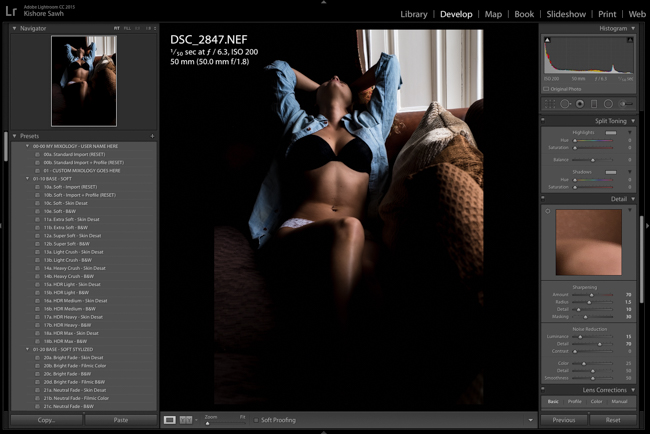 Could Speeding Up Lightroom Really Be This Easy?! (No Hardware Purchase Required)

Lightroom like many of the best tools in any trade can be both friend and foe. What Lightroom is currently able to do, and where it’s going, is actually quite astonishing, but the major issue we have with it as photographers is the way it goes about doing it what it does behind the scenes. It’s a complete resource whore, but it doesn’t ‘flex’ as much, so even as it devours your resources, its performance doesn’t run parallel to what you put in.

For instance, when I’m on the road, I’m currently using a mid 2015 MacBook Pro 2.9GHz i5 with 16GB RAM and a decent enough graphics card, plus a solid state drive. So, for all intents and purposes, speaking as a non-gamer, this thing should purr like a kitten on ecstasy (or in ecstasy?), and it does. Mostly. It really does handle about anything I throw at it with aplomb, and the only time it ever coughs is with Lightroom. Why, WHY Adobe?

Well I could go on and on here but there’s no point because for better or worse, until something else comes along that makes our lives invested in Lightroom an easy switch and just as powerful, it is with Lightroom we stand. But must we stand for poor performance? The Adobe team must be hella tired of hearing the same complaint, and as such, they seem to come up with some stock responses. One of which has been getting a bit of attention recently. The story goes that a disgruntled LR user contacted customer support to spit venom and bile but was sedated when the Adobe support person told them to increase Lightroom’s cache file.

Hmm. Here’s what Adobe has to say on their site for guidance on optimizing Lightroom’s performance:

I’ve seen this before, but hadn’t decided to give it a shot until now, and I’ve done so on a computer running an SSD and one running a 7200RPM standard HD. So, up until this moment, I’ve bene using my 1GB cache and felt a bit of apprehension that I may feel like an idiot if this trick worked. Luckily and unluckily, it didn’t make a huge difference to me. 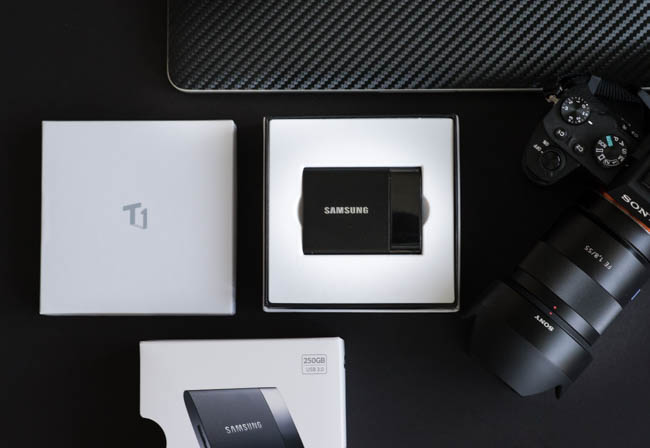 Upping my cache to 20GB initially proved no discernible difference in the computer with the SSD and maybe something hardly noticeable in the other. So deciding to up it again, I’ve set them both to 50GB and again no real discernible difference with the SSD computer, but with the other I was actually noticing faster scrolling speeds, faster rendering of previews, and a faster working in the develop module.

Now, I haven’t measured these things scientifically, but it was certainly obvious through use, and all I can say is try for yourself, since it’s dead easy to do. All you do is go to Lightroom Preferences > File Handling (tab) > scroll to the bottom to see the Cache settings and update there. I should mention that I had to restart Lightroom to see the difference, so perhaps you’d be served best to do the same. 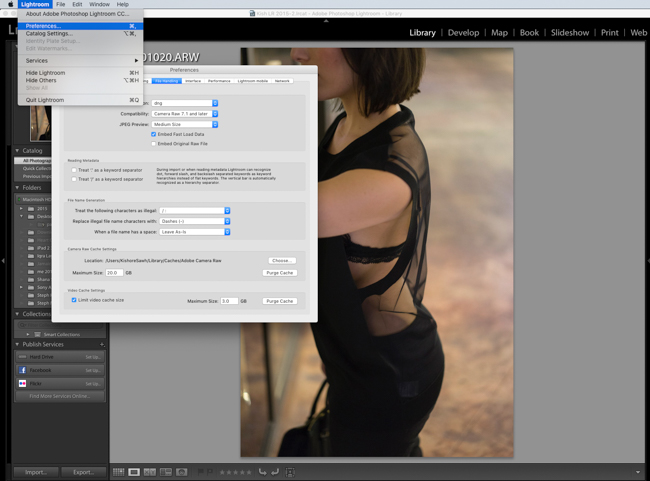 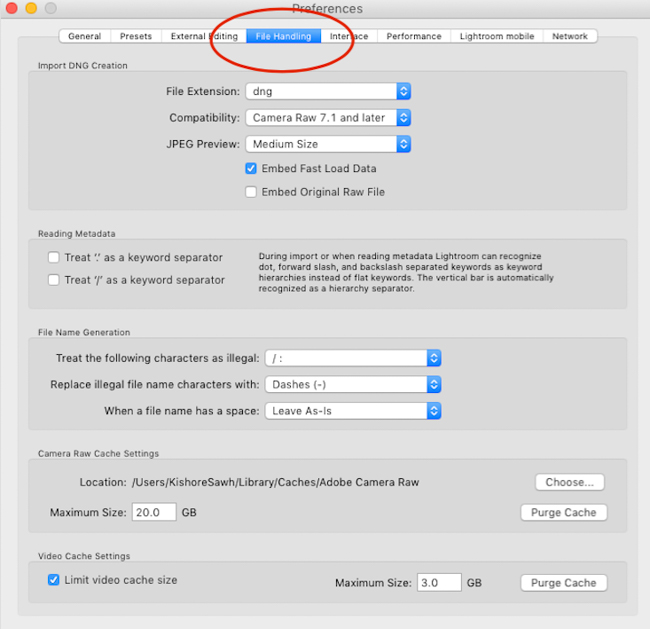 I should probably say now too that I’m not a tech wiz and don’t pretend to be, so I don’t know what your system must be running to see the benefit from this, or what setting a 50 or 100GB LR cache means for the rest of your computer activities, but I must say, I can’t imagine this is the final solution. That said, if you’re struggling with speed, give it a shot – just run it up the flag pole and see if your system salutes.

And if you’re really in the mood to stop wasting time and grab LR by the neck and control it like you invented it, well I suggest you check out the Lightroom Collection. You will not find a finer and faster way to develop true Lightroom mastery. Find it here.