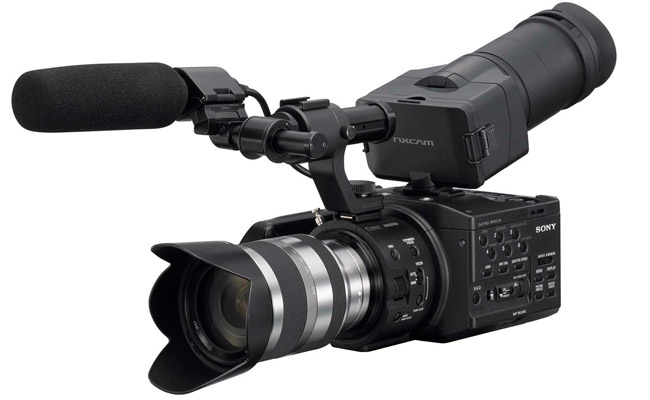 The success of Canon’s cinema line, and their C100/300 cameras has apparently caught the attention of Sony, at least according to the latest rumors. This one comes from Sony Alpha Rumors, and is categorized as an SR5 or “almost certainly correct.”

According to the report over on SAR, Sony has set their sights on Canon’s cinema line and will not only be looking to take on the C100 and C300 with a new E-mount 4K camera, but also new cinema e-mount lenses to go with it. The new camera is said to be a replacement for the FS100.

Interestingly enough, for a rumor with such a high confidence level, we don’t have any specific specs to share other than that it will be e-mount and shoot 4K. The camera is expected to be announced in the next couple of weeks for Photokina, so we will find out soon enough.

This is just the latest salvo from Sony at Canon’s business, and we are still waiting on a Canon response to the A7 full frame mirrorless, so who knows how long it will take them to respond to this, if it does, in fact, come out in the next few weeks.

What are your thoughts on this? What do you think Canon should do about this new Sony onslaught? Leave a comment below!