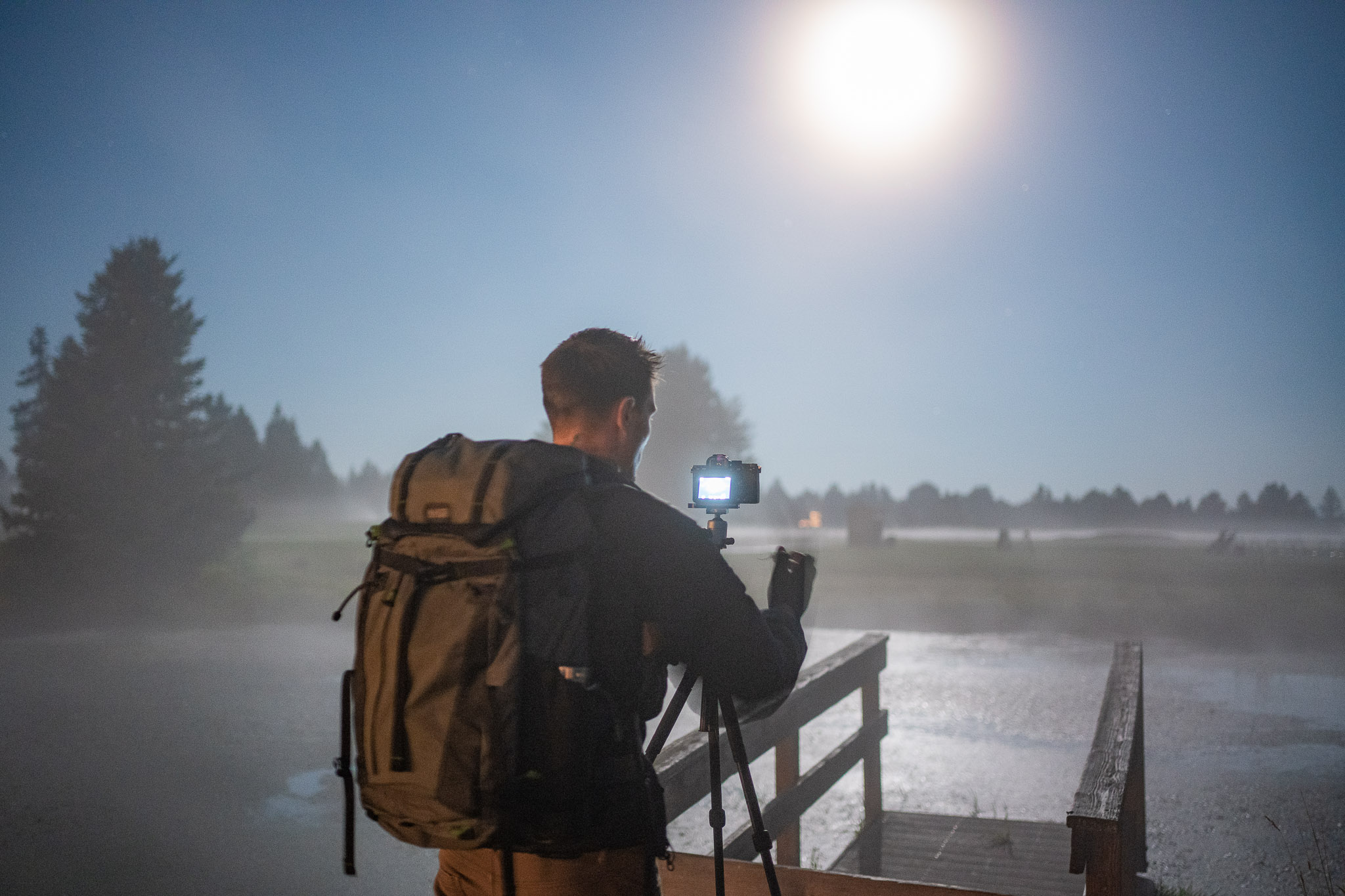 We have just gotten our hands on the Sony A7R4 at Kando Trip 3.0, which is a Sony event which is a conference/workshop (?) for photographers, videographers, creators, and yes, vloggers and influencers.

Since it’s a sponsored event, and also since I can’t process the new Sony’s raw ARW files in Adobe Lightroom just yet, I won’t insult your intelligence by trying to tell you that a new Sony camera is perfect, wonderful, or better than this-or-that competitor.

However, I will at least share with you a few of the sample images we’ve been able to create with the A7R4, some using the new Sony 35mm f/1.8 G. But, most importantly, …I’ll tell you whether or not those previously cramped ergonomics and daunting menu system have improved significantly! (Hint: good news and bad news…) 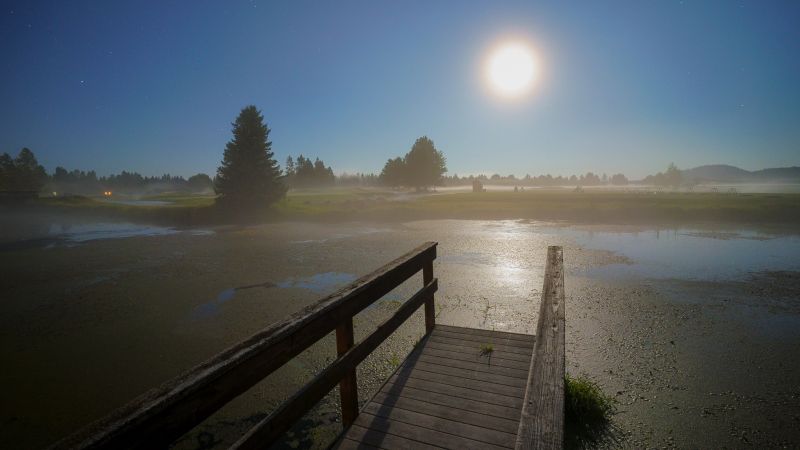 Keep in mind once again that these raw files are converted using a beta version of Sony’s own software, essentially making them in-camera JPGs. So, we’ll refrain from passing judgment on how the image quality actually compares to other cameras.

We’ll be doing extensive tests against the Sony A7R3, the Nikon Z7, and the Canon EOS R or 5DsR just as soon as we get the A7R4 actually in-studio and can take it out for some real-world shooting. For now, here are some photos… 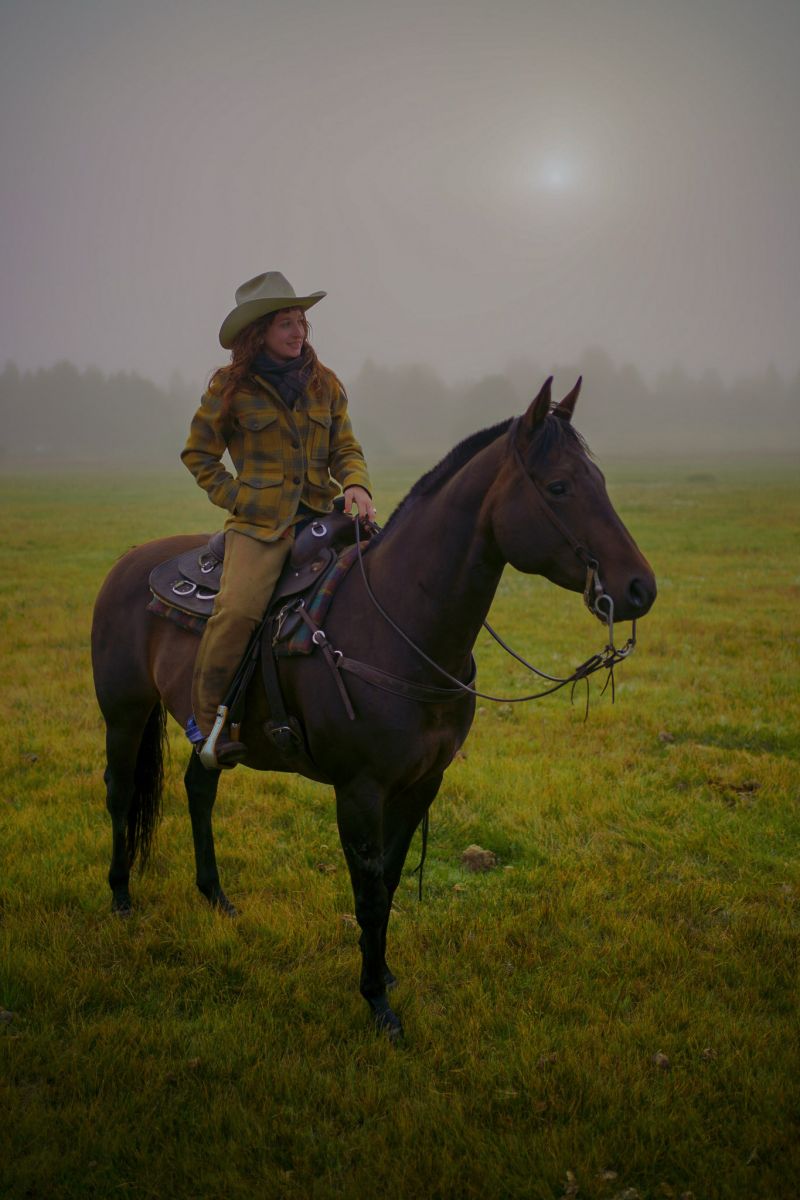 I never listen when anyone makes a specific, bold claim such as “15 stops of dynamic range”, …I just take the camera out and see what it can do. The A7R4 can accomplish a foggy, sun-poking-through dynamic scene such as this, even with out-of-camera JPGs. 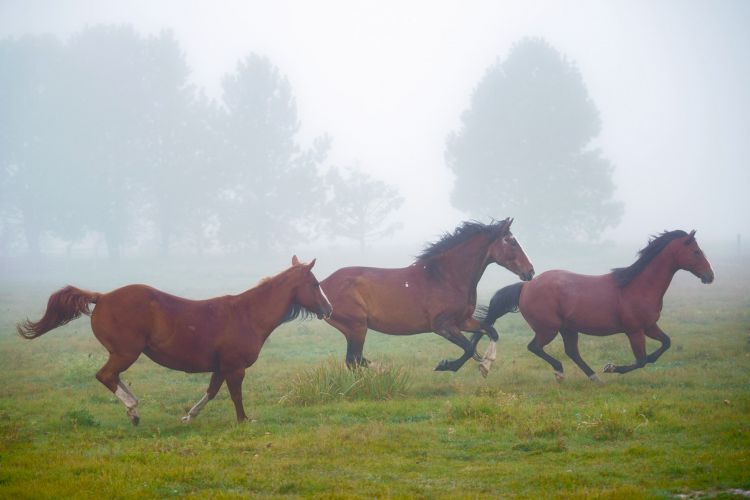 I never need more than 4-5 FPS for wedding and portrait photography, however, it sure is helpful for wildlife and action sports. Just be careful blasting away; you’ll gobble up gigabytes shockingly fast.

Also, the buffer seems to do just fine if you have fast memory cards (remember, both slots are fast now!) …and also if you set the ARW files to compressed raw. 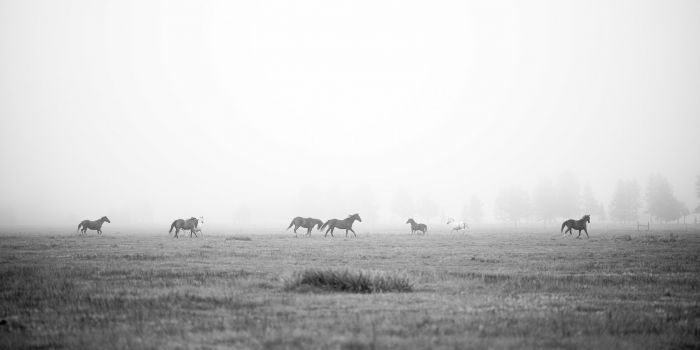 Here’s one of the more shocking and impressive additions to the mk4: The Real-Time Tracking AF “box” from the Sony A9 has been added, instead of that shape-shifting green box which I never really liked for most types of scenes with difficult foreground distractions for the AF points to jump to.

Even in pre-sunrise dim light, the A7R4‘s autofocus seems to be extremely capable. I would say that I’ll look forward to seeing how the AF performs at a wedding, however, at 61 megapixels I might just keep shooting landscapes and portraits and wait for an A7 mk4 to try at weddings photography again. 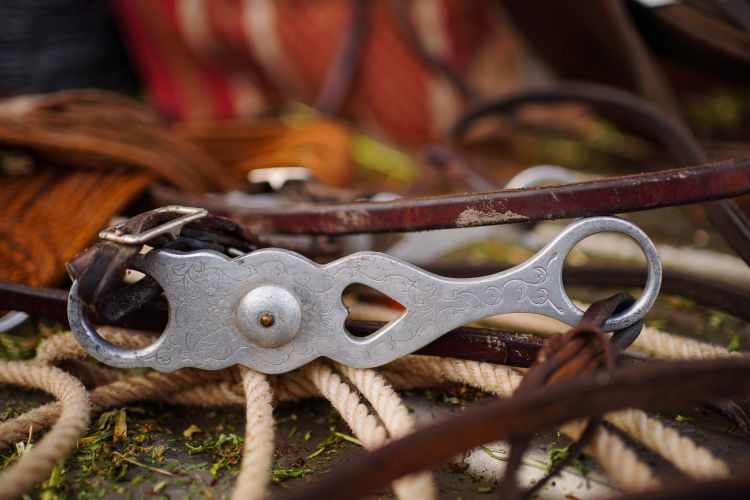 By the way, the bokeh on the new Sony 35mm f/1.8 G looks decently smooth, and sharpness is quite impressive so far even at 61 megapixels.

61 megapixels is awesome, but honestly, the image quality is not the biggest question I had about the A7R4. Why? Because quite frankly the A7R, A7R2, and A7R3 already gave us a pretty good idea of what to expect.

What I want to know is, are those cramped ergonomics any better? What about that exhaustive menu system? Well, the good news is, the ergonomics are indeed much better in every way. Finally! It feels like the biggest sweeping improvement of all four generations. 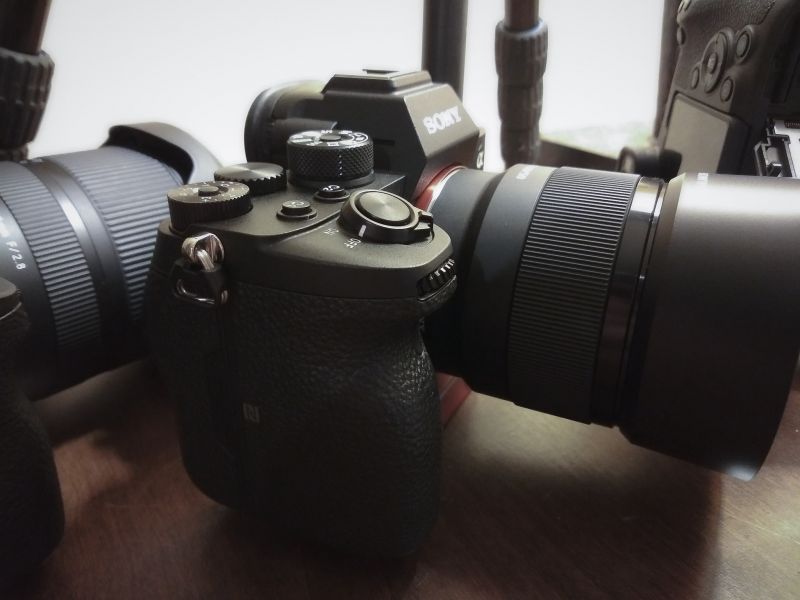 At a glance, the only changes I noticed were the bigger AF-ON button, and the bigger AF point control joystick. Both changes were definitely very necessary for my big clumsy thumb, but the changes didn’t stop there. Actually, every single button is both a lot easier to push, and yet also a bit harder to confuse with other buttons.

The grip is definitely improved, it is both slightly deeper and slightly more “pointy” at the front edge. I don’t think will edge out the EOS R for the most comfy grip ever, but it’s a huge improvement over the past generations of A7-series cameras.

What about the menu system, is that massively improved too? Well…not really. There’s still a whole lot of pages of menu items, and I’m not sure how we could ever escape that. 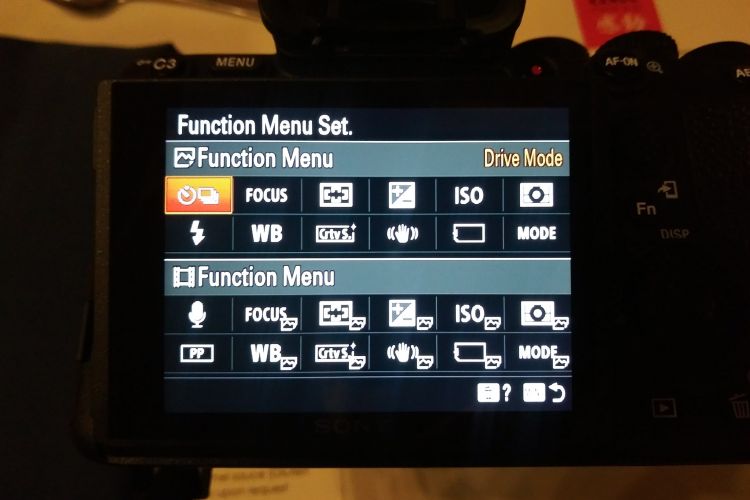 There are a few subtle, nice changes that make life easier, though, such as the addition of…even more customization options. Now you can set the front command dial to scroll 10 or 100 images at a time, (a la Canon) and you can also program the Fn menu differently whether you’re shooting photo or video.

Unfortunately, at least one frustration remains: If the buffer is clearing, most camera settings are on lockdown, and if you hit most buttons you get a viewfinder message that tells you the camera can’t help you. I would say, “at least you can keep shooting” but with the warning message blocking my view, there’s no “at least” deserved.

This is something I’m definitely going to mention directly to the Sony engineers; I’ll be sitting down with some of them in the coming days to give feedback on the camera so far. 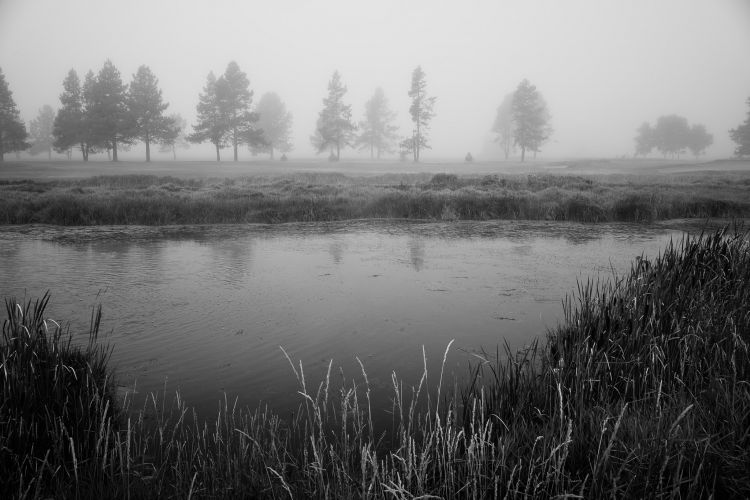 Thank goodness for IBIS, because with 61 megapixels you’re going to have to stop down a little bit more to achieve hyperfocal focus now. Then again, to a landscape or fashion etc. photographer, almost any trade-off is worth it for more resolution in a single frame.

Although speaking of landscape photography, I do wish Sony could add a focus stacking option; it’s really useful on the Nikon Z7 for dynamic landscape scenes, and macro subjects too.

Conclusion | To Be Continued 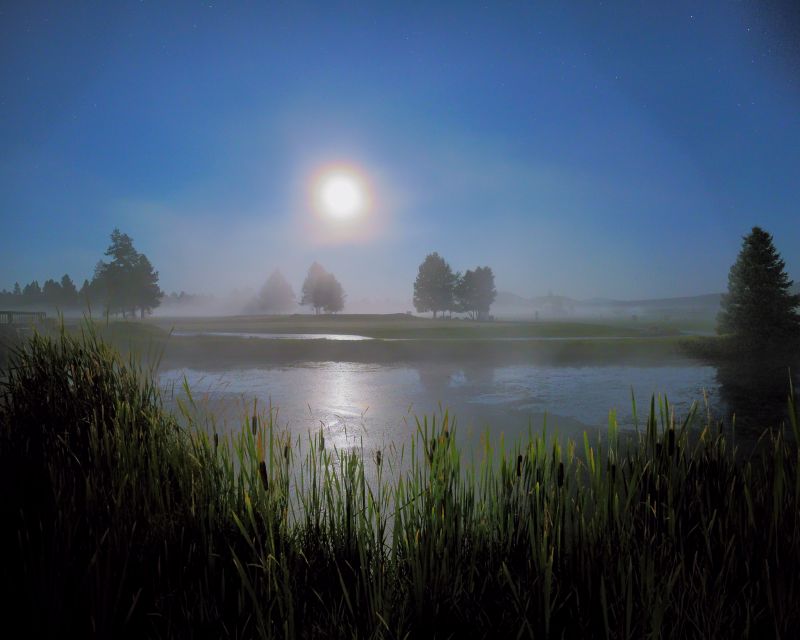 It’s going to be hard to have to give back this A7R4 and wait for an official review unit to arrive in the mail at our studio. Having said that, let’s be honest: it’s a $3500 camera, and it has an older sibling you can now buy for $2500.

I could jump to a conclusion and say that if you’re happy with the ergonomics and menus of an A7R3, and you don’t shoot much video or make truly giant prints, then it’s likely the A7R4 is about $1000 more than you need.

Of course, we’ll refrain from deciding one way or another just yet, and bring you our full review as soon as we can!

Cinema Lenses Are Coming For The Nikon Z Mount (Maybe)