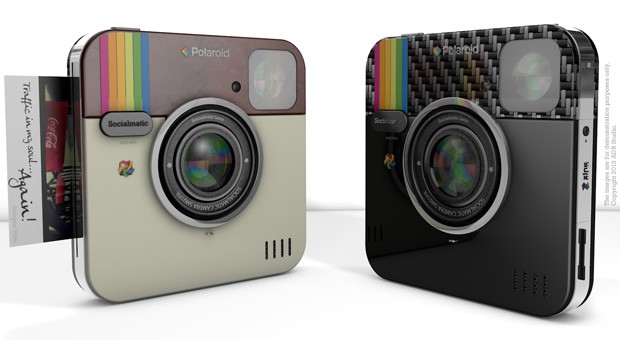 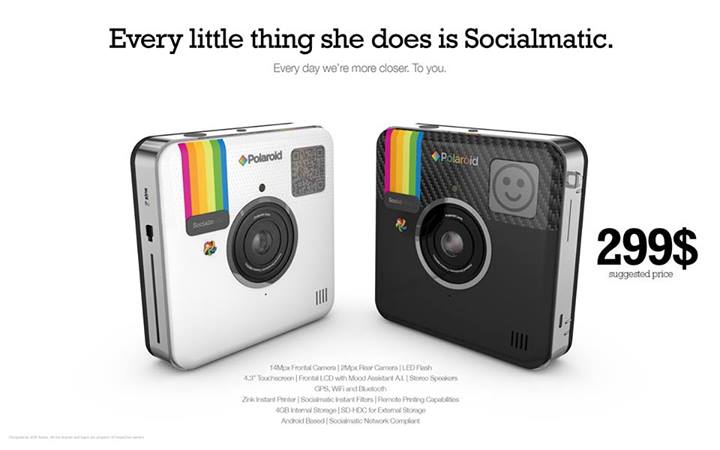 We have mentioned the Socialmatic camera in the past, but until recently no pricing or availability information was made available. It was announced through the socialmatic facebook page that the Instagram logo inspired camera will launch with a price tag of $299.

For those of you unfamiliar, the Socialmatic Instagram camera is intended to be a real life representation of the famous camera app. The camera would share pictures taken on the social network as well as print physical copies – just like the old Polaroid’s did. The initial concept specs included 16GB of SD storage, a 4:3 touch screen, an LED flash, optical zoom, Wi-Fi and Bluetooth connectivity, and the built in Polaroid printer. In the concept the printed images would bare the photographer’s Instagram handle as well as a QR code so other users of the camera could scan and find the photographers feed. It has also been confirmed that Android will be powering the camera.

Its not a bad set of specs, but that $299 price tag really worries me. A novelty item such as this which prints images should be much more affordable. A price tag of almost $300 essentially prices the item out of the budget of most people who would be interested in purchasing it. I think that a price tag in the range of $100 to $150 would be much better suited for an item like this.

What are you thoughts? Is $299 a death sentence to the socialmatic instagram camera? Let us know in a comment below.

Carl Zeiss cuts out Carl in name change to ZEISS

MirrorCity: A Timelapse like you have never seen before