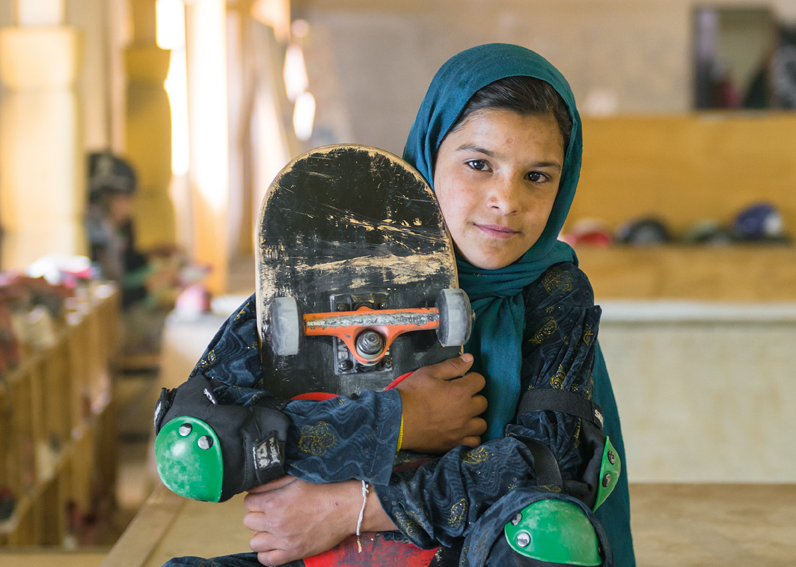 At Afghanistan’s first skateboarding school, little girls speed around, squealing with delight, laughter permeating the air. Because of their restrictive clothing and cultural taboos, Afghan girls are limited in some of the physical activities that children in other cultures are able to participate in. For instance, riding bikes is not allowed, but skateboarding isn’t an issue, simply because skateboards were not a common item in the country. Until now. 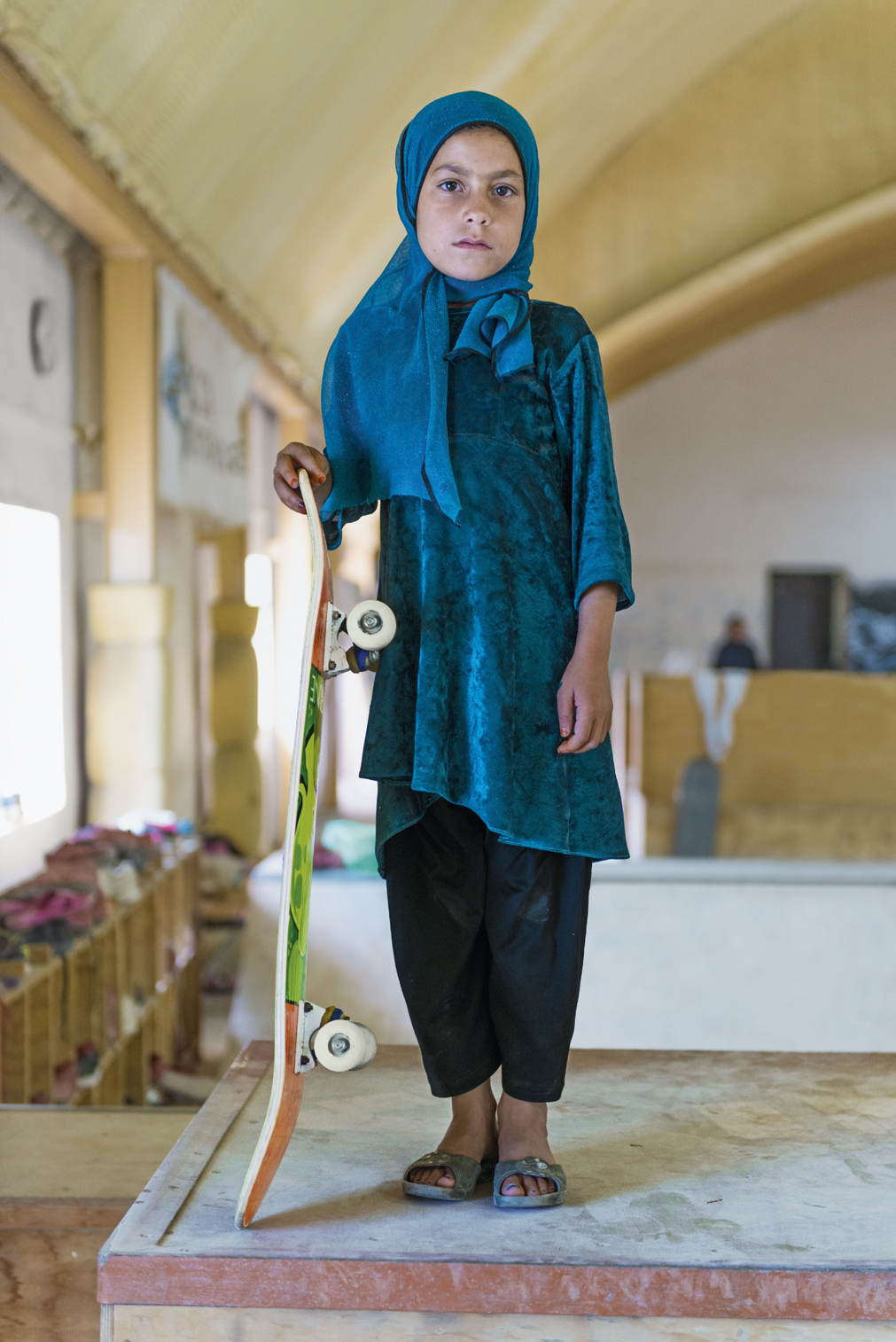 In 2007, Australian skateboarder Oliver Percovich went to Kabul with three skateboards and began skateboarding in the streets with the children. Two years later in 2009, Skateistan, an NGO (Non-Governmental Organization) opened an all inclusive indoor skateboard and educational facility for these children. Now, reaching over 1200 youth a week at their different sites worldwide, Skateistan is helping children, many of them girls, from poor families to get back into full-time education, using skateboarding as a “hook.”

A few years ago, British photographer Jessica Fulford-Dobson approached Skateistan, hoping to document the stories of the Afghan girls. She gained access to two of Skateistan’s facilities and her series, “Skate Girls of Kabul,” has since garnered much recognition. It just completed a major exhibition at the Saatchi Gallery in London and the portrait above won the 2014 Taylor Wessing Photographic Portrait Prize. 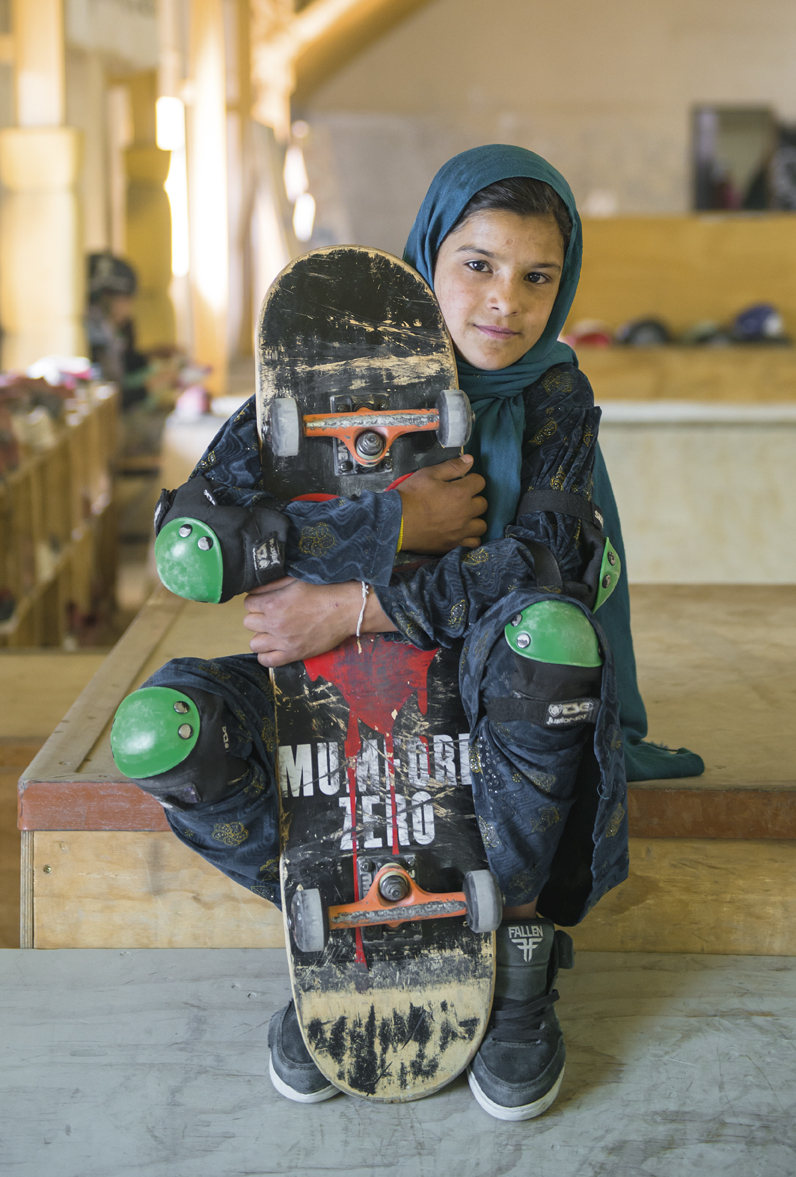 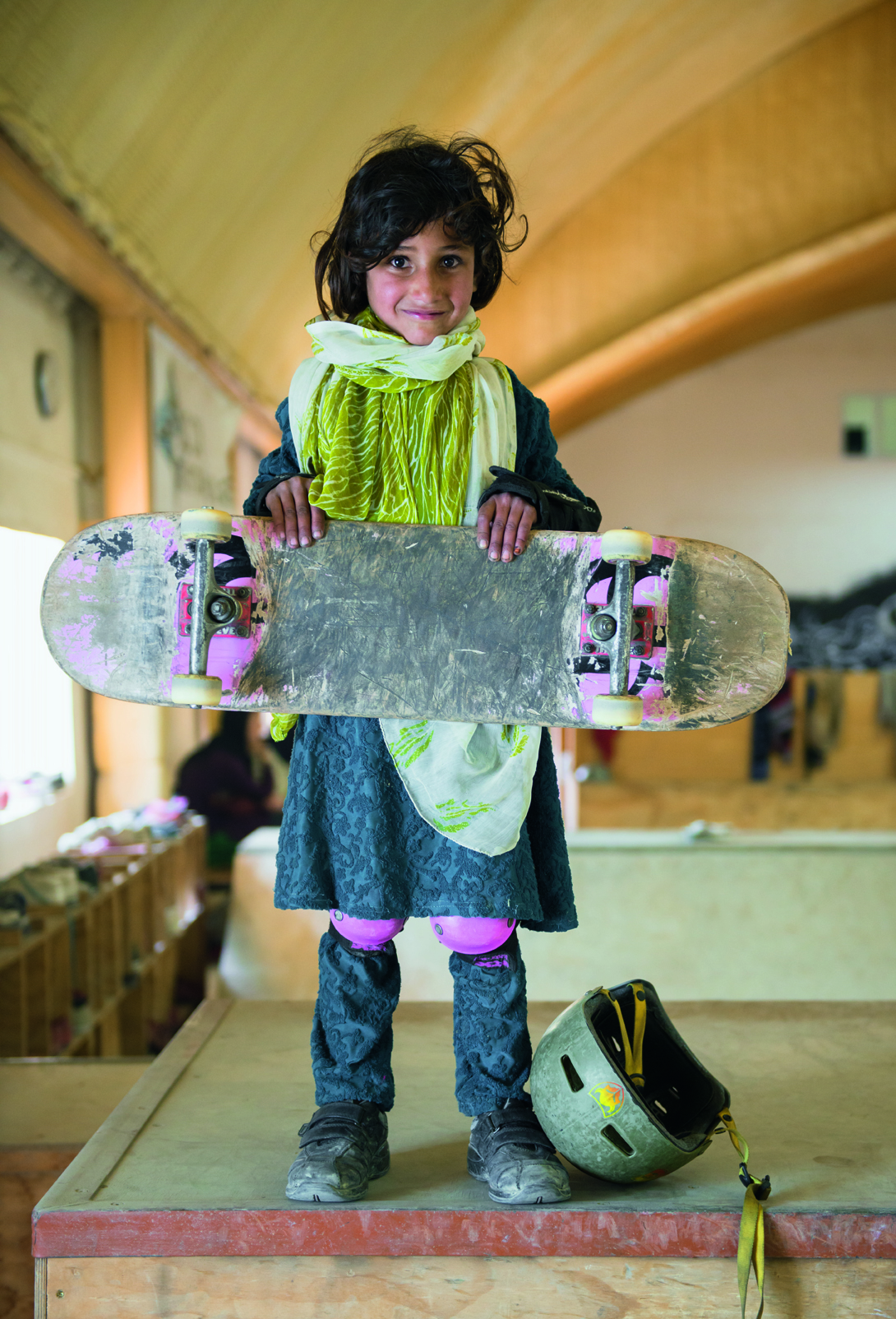 Using only natural light to shoot in the dark space of the skate park, Jessica’s presence at was accepted quickly by the girls there.

I met so many impressive women and girls in Afghanistan…the young skate girls, [are] so fun to be around and so totally unspoilt. I feel lucky to have met them. I hope that this collection captures something of their spirit: their joy in life, their individuality and their community.

The series has also been published into a book to tell the story of these skateboarding Afghan girls.

To see more of Jessica’s work, check out her website here. 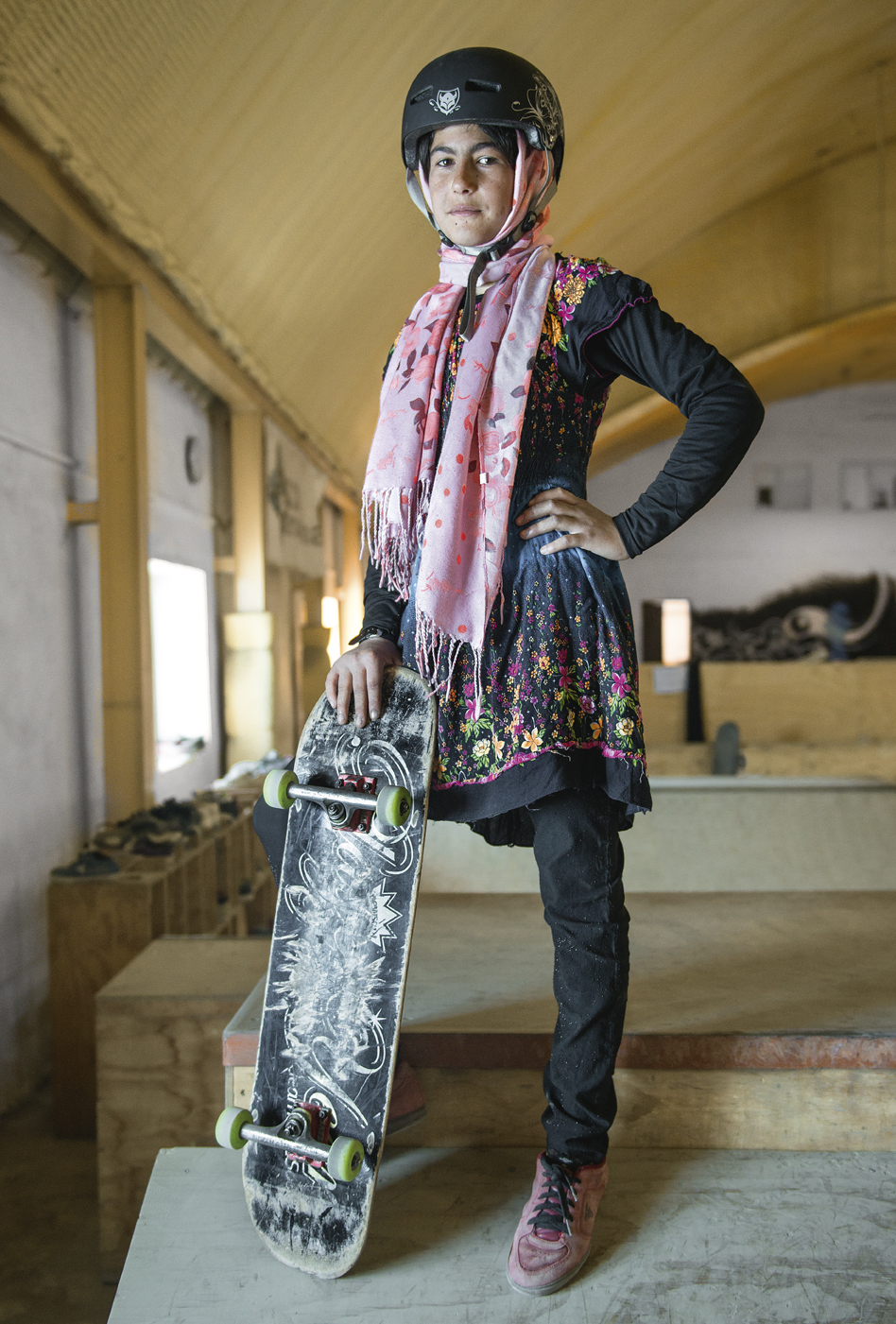 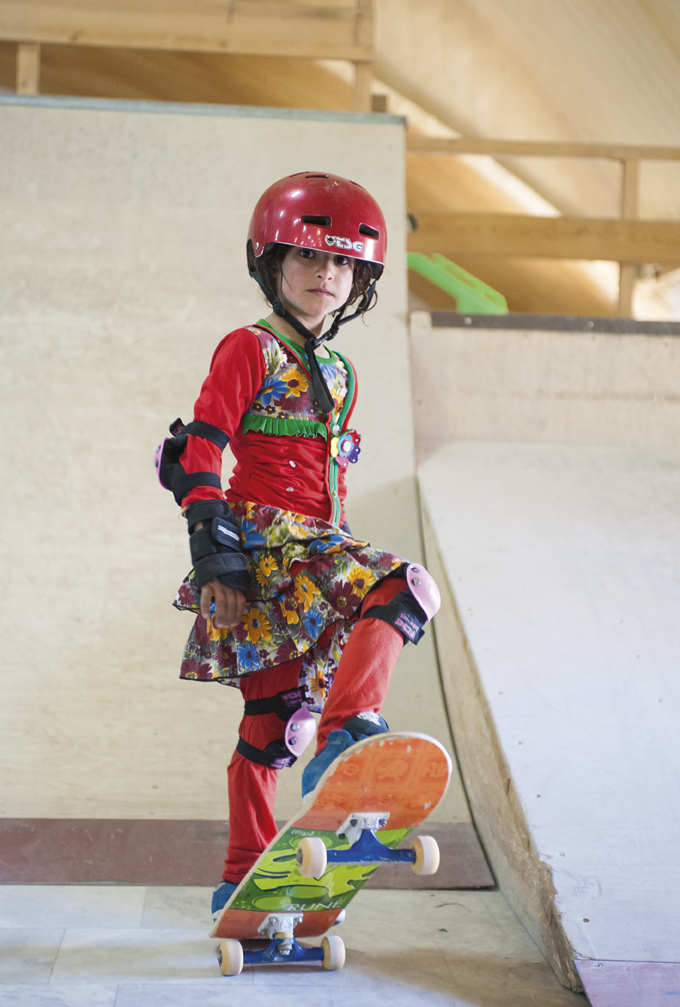 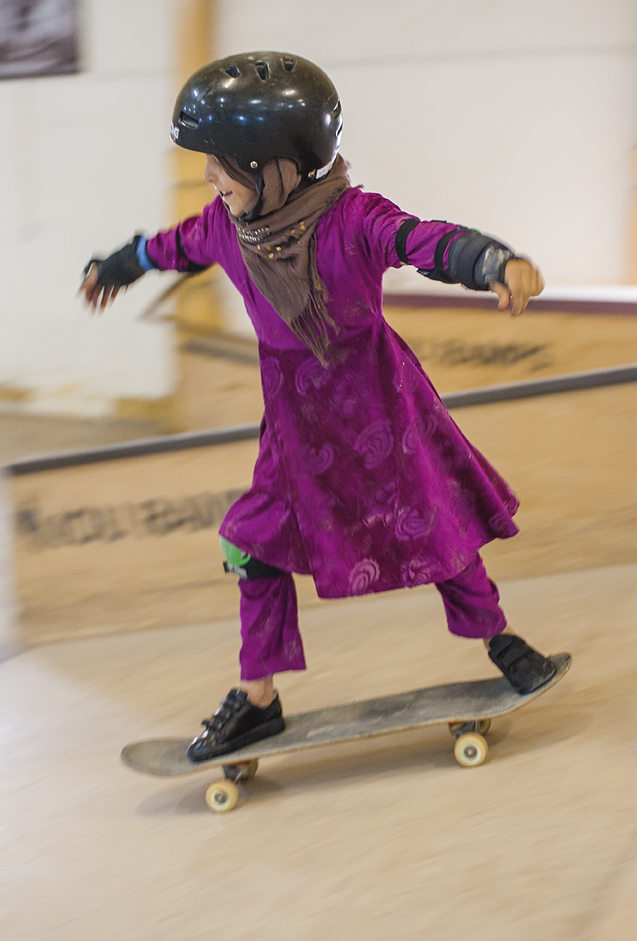 CREDITS: Photographs by Jessica Fulford-Dobson are copyrighted and have been used with permission for SLR Lounge. Do not copy, modify or re-post this article or images without express permission from SLR Lounge and the artist.