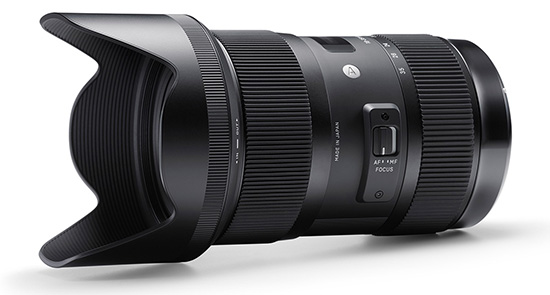 Sigma has been on a roll this last year or so, with the release of the 35mm f/1.4 and the 18-35mm f/1.8 they have been making waves. Now it looks like they may have another home run coming down the pipe.

One of the biggest complaints that I have heard regarding the new 18-35 f/1.8 is that it is a crop sensor only lens, meaning that it is essentially useless on any full frame DSLR without a crop mode. Many of you asked, “When will we see a 24-70 f/1.8?”, and it appears that sigma may have heard you.

The latest rumor is that Sigma is positioning itself to release a new 24-70mm f/2 lens, likely during Photokina 2014. Sure, its not f/1.8, but f2 is still pretty sweet given that f/2.8 is the norm for that range. Obviously this is just a rumor, so take it with a pretty big grain of salt, but if this turns out to be legit then this has the potential to be Sigma’s biggest release to date.

What do you think of this rumor? Do you put much weight to it? Would you like to see a Sigma 24-70 f/2? Let us know in a comment below.