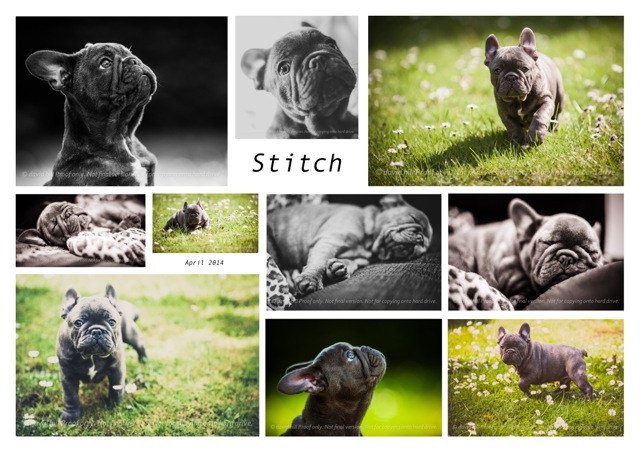 How You Shot It: ‘Stitch’ – Adorable Puppy Collage by David Hill

Today’s post comes from David Hill, a photographer from the UK who took up photography about 18 months ago and has “been using it to help fund [his] lifestyle since.” He specializes in portraits, but enjoy the challenge different genres of photography. David has previously shared a few other images for “How You Shot It” features, AUDI R8 SUPER CAR SHOOT COLLAGE and “BLUE BOWLS.”

They say ‘don’t work with animals or children,’ yet I love doing both! You never quite know how things are going to turn out due to the unpredictability of both subject matters. But I think that is why I love the variety that each photographic challenge brings!

I researched my subject before the shoot to familiarize myself with the breed’s characteristics – in this case, the squat nose with ruffles of puppy fat, lovely large ears, stocky stance and the fact that puppies love to sleep!

Upon arrival at my client’s house, we discussed the brief over a cup of tea and I played with the dog, Stitch, which allowed him to relax around me. Due to his age, we had to do the whole shoot in and around the owner’s house. The garden was a logical place to start. The lawn provided a great backdrop and surface to work on with the daisies that were growing in it. Outside, I shot with either a Nikon 24-70mm f/2.8 or the Nikon 70-200mm f/2.8. The 70-200 allowed me to have some distance between me and Stitch, which helped make sure I was not a distraction and something new to smell and play with! The owner helped hold a diffuser as and when I needed it along with the odd treat or two to hold his attention for the shots of him looking up.

The shoot went really well and I realized within 20 to 30 minutes I had all the shots that we both wanted. I continually showed the owner what images I had captured. The owner of Stitch had seen my other collage entitled ‘R8 Supercar’ on my Facebook page and felt that this approach of printing Stitch’s images was the one to go with along with some stand alone prints. 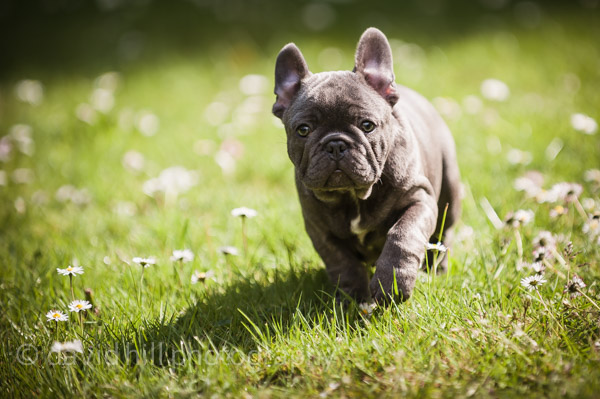 I take the approach with a young animal that it is very unlikely to do exactly what you want and, like children, will get to a point when they have had enough! With that in mind, I didn’t beat myself up if that meant I had to re-crop the image in Post Production so I was happy to shoot a little wider than required to allow for that. However, that didn’t stop me following particular rules such as ‘thirds’ and taking enough images so that I had ones where the eyes where sharp. 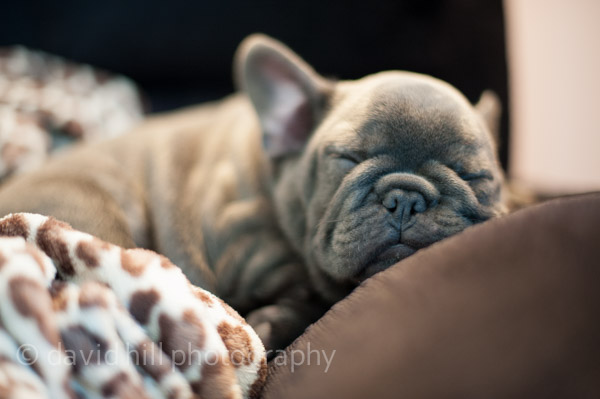 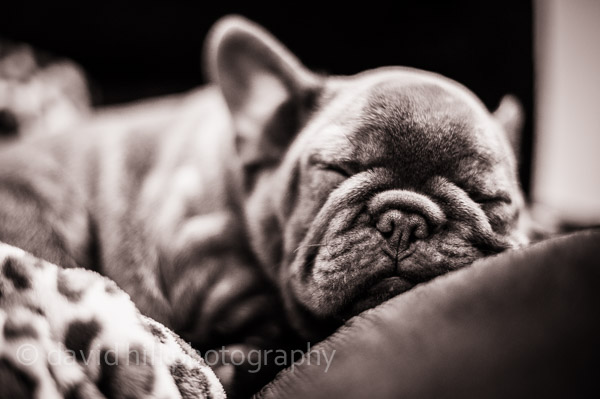 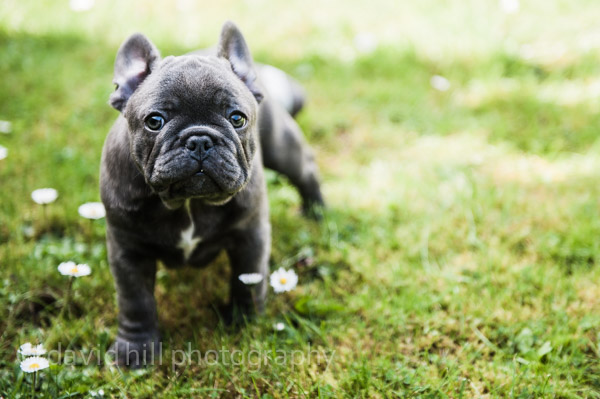 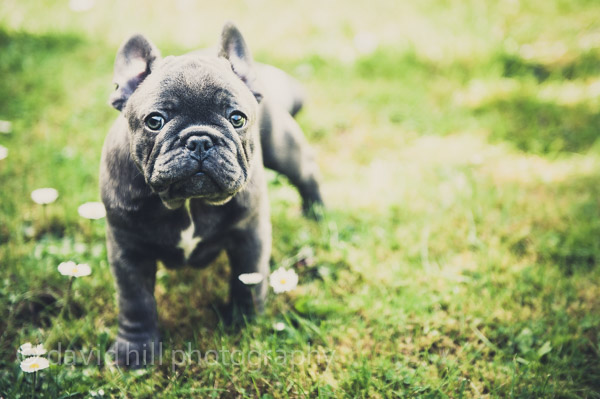 It was a bright day so the whole shoot was in natural light including indoors. Being so young, I was not sure how Stitch would react to flash, so we decided to avoid it! Diffusers and reflectors were used when appropriate.

I shot with a Nikon D700. I used a Nikon 50mm f1.4 lens for all the shots where he was asleep indoors, as with most of them, I wanted a shallow depth of field. I used my Nikon 24-70mm f2.8 and Nikon 70-200mm f2.8 outdoors and high shutter speeds used to freeze his action outside. I had no issues using a high ISO indoors as the D700 can handle that. 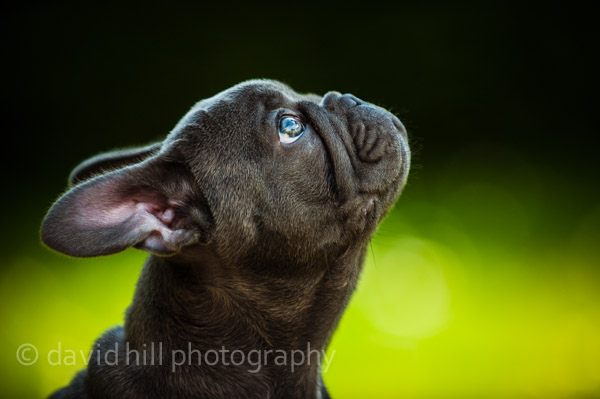 I use the SLR Lounge Preset system – a system that is invaluable to quick workflow processing. I used a variety of ‘recipes,’ but had in mind that the images were all going to sit quite close to each other on the collage. So I was keen to ensure that no one image stood out more than another.

I made a few local adjustments, but was pretty much where I wanted to be in just a few clicks. It was then just a case of putting the images into Photoshop and producing the collage.

I knew that I may only have a short window of opportunity to get the shots I wanted outdoors as, like young children, young dogs sleep a lot! However, with a little forward planning and discussion with the owner, we were able to get all we wanted in a relatively short time.

Five Ways to Develop Your Own Unique Film Photography Style