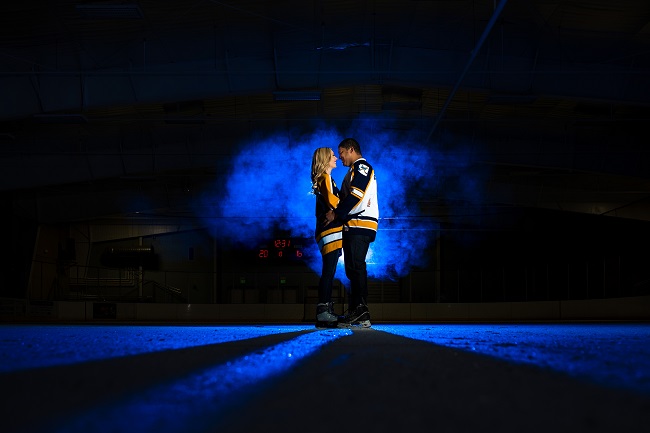 We’ve all done dozens of engagement sessions and they are all fun in their own way, but how often has your couple been one part college ice hockey playing bad-boy and one part classic American beauty? For us, the answer was “never,” until now. 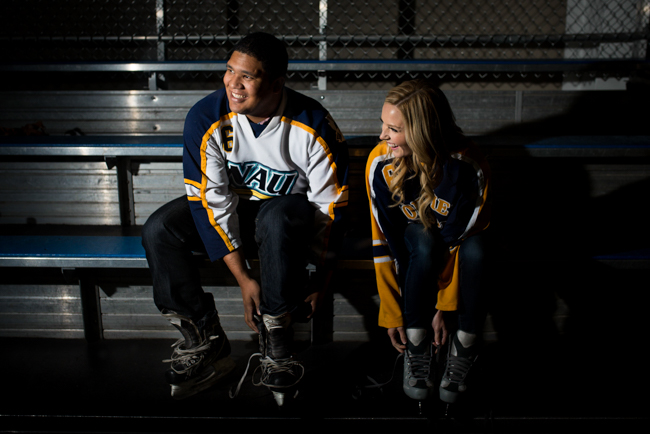 Mary and Ryan are the classic love story: Boy sees girl in his college class, boy tells girl he’s a hockey player, girl thinks boy is pretty ok, boy invites girl to his hockey game, girl sees boy smash other boy’s head’s into the boards, girl falls in love with boy. When we heard this story we knew we had to incorporate hockey into their engagement shoot. Ideas began to flow immediately, and the thought of the couple, center ice, fog all around them in a warm embrace wearing his college hockey jerseys, was just too powerful not to make happen!

Get Your Flash off of Your Camera 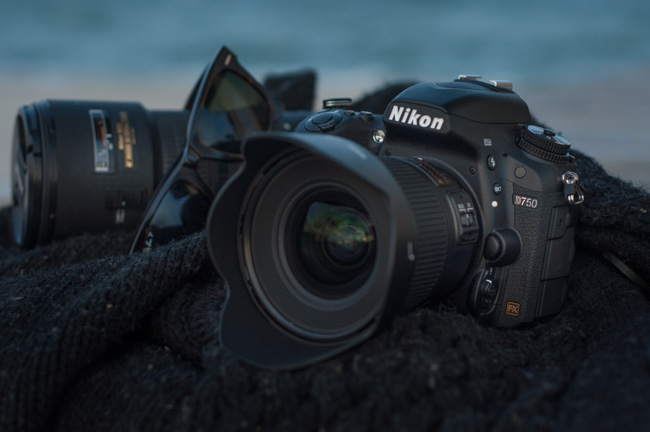 We chose to use a two-flash setup; one for the backlight and one for the key light. When using a single light from the front, we often set the light opposite of the female subject so the light hits her face in a more flattering way, and the shadow created on the male subject gives a masculine, rugged look. It’s a way to flatter both parties with one light, and it worked perfectly in this instance, especially considering he’s a hockey player. Next, we wanted to incorporate his team colors of yellow and blue into the fog. We went with blue as yellow would have matched skin tones a bit too much to create the contrast and definition we wanted.

Next, we wanted to incorporate his team colors of yellow & blue into the fog, avoiding yellow since it would have matched skin tones a bit too much to create the contrast and definition we wanted. The gel we used was a Creative Gel from MagMod — which we placed in our trusty MagSphere to spread/soften the light just a touch. It was important the ice show some of the blue backlight, and allowing the key light to hit the ice would have definitely killed that effect, so we went with a flash with a MagMod Grid to control spill. We also added a MagSphere to again soften the light just a hair. 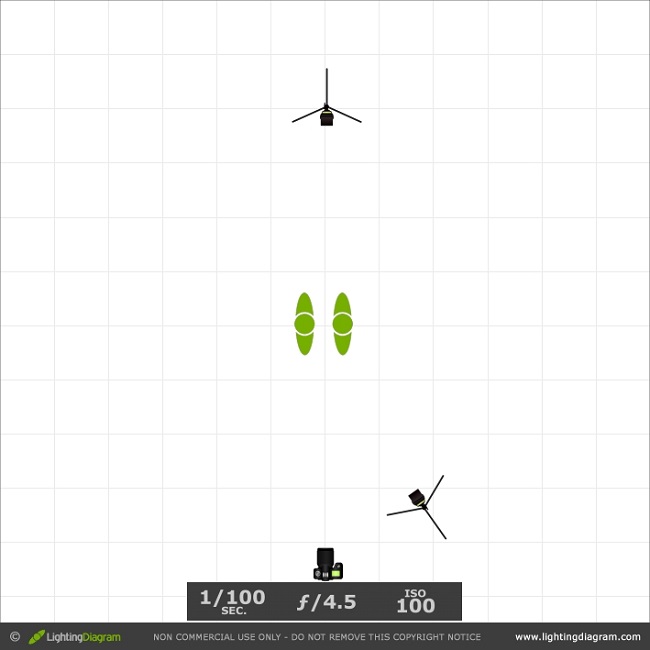 There are several small details at play in this shot, and each helps tie everything together. We wanted the space to be dark enough that our backlit fog would be really visible, (plus the harsh, bright lights of the arena weren’t exactly romantic) so we took a cue from Happy Gilmore and dimmed the arena lights while “Endless Love” played in the background (Ok, I’m lying about that last part, but how cool would that have been?). 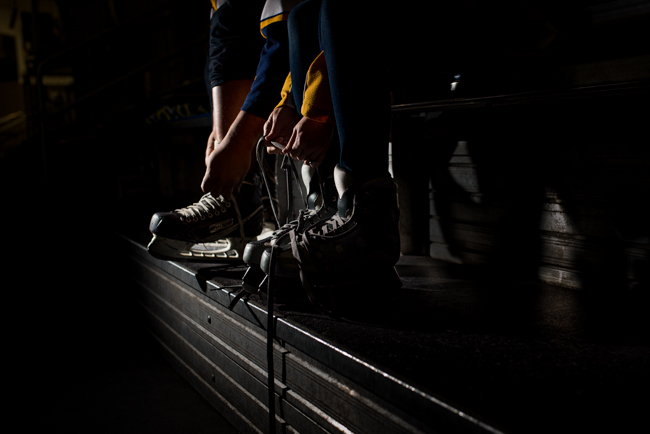 To create the fog we used Atmosphere Aerosol, an amazing new product that is essentially a fog machine in a can. It’s super portable, and really helped set the mood of what would have been a pretty standard shot otherwise. The final detail was something that happened last minute, and was really cool. One of the people on site knew how to work the scoreboard and lit it up with the couple’s wedding date at the request of Ryan, a wonderful addition to the photo. The fog naturally fell in a way that kept the scoreboard visible, so the result was truly serendipitous.

*If you are interested in Atmosphere Aerosol, SLR Lounge Premium members enjoy 25% off, and you can see the list of other discounts here.

Controlling Light to Create The Story

It’s necessary to take control of the lighting in any space and make it something you envision versus letting the light control you. Using just a few great tools we were able to achieve the look we dreamt-up for this shot. Spending time with this amazing couple, freezing our butts off, and wearing these crazy snow-chains for our sneakers, was an awesome experience, and giving our clients something to cherish makes it all the more amazing.
[REWIND: SIMPLE NATURAL LIGHT SWIMWEAR SHOT | HOW I SHOT IT]

You can see the finished product below and a BTS shot below that. If you like this and want to learn more about engagement and couples photography, from planning, posing, lighting, and more, check this out. 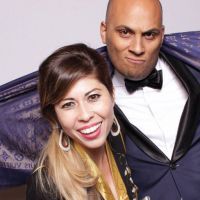 Jason Marino, along with his wife JoAnne, travels the world eating street food in sketchy alleys, making loud noise on guitars, and occasionally photographs a wedding. Check out more of his work at the links below: Website Education