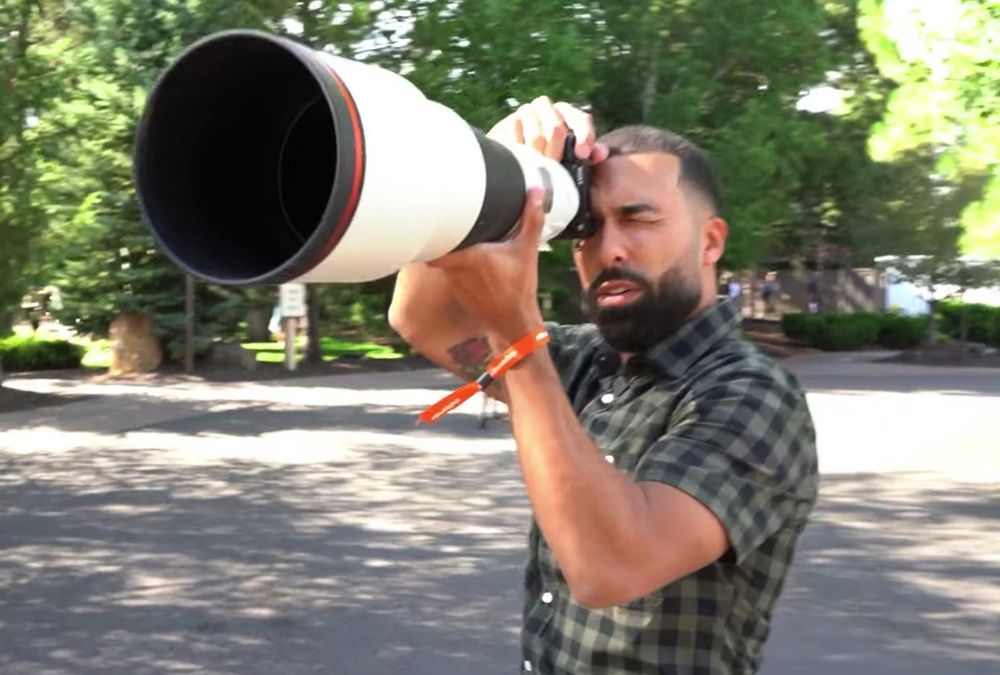 What would happen if you and your friends took a 900mm lens out for some portrait sessions in the park? What kind of shots do you think you’d achieve? That’s exactly the question photographers and YouTubers Manny Ortiz, Irene Rudnyk, and Gerald Undone needed answered. So they decided to take matters into their own hands, hire a model, and see what kind of shots they could get with this behemoth of a lens.

Shooting Portraits with a 900mm Lens!

During the most recent Sony Kando Trip 3.0, Manny, Irene, and Gerald decided they need to do something big. REALLY BIG… Big like a Sony FE 600mm f/4 GM OSS lens slapped onto a Sony a6400 big.

I shot Portraits at 900mm with @irenerudnykphoto and @geraldundone. Worst idea I’ve had in a while ??? Video link in BIO (Photo by @geraldundone)

Their plan was to use the 900mm rig they had created to take some portraits in the park. So they hired a model and got to work. But soon they realized that the act of actually getting these portraits was going to be tough and would require extreme distances between them and the model. It was going to take a little teamwork and A LOT of yelling to pull off such a feat. But they persevered.

The shots they got were… actually pretty cool, even though Manny had said, right in the title of the video that “This was a really BAD idea.” As far as a camera experiment goes, it was cool to see how shooting portraits at 900mm would look.

Check out the video above and let us know about some of your recent photography experiments in the comments below!

First Photos of the Sony a9 II Have Leaked Online!