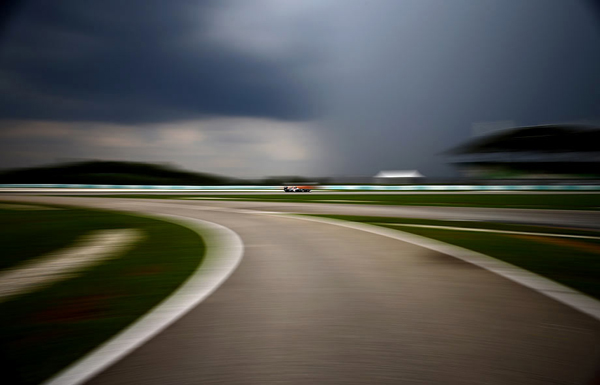 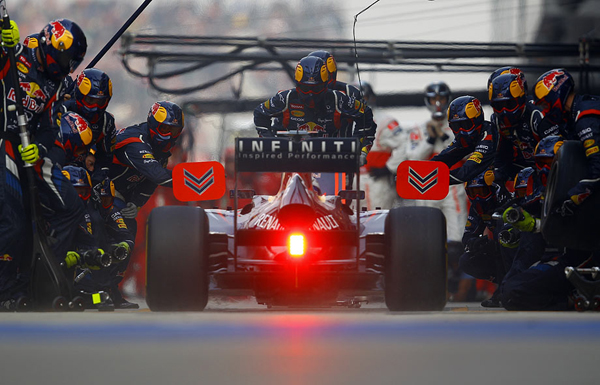 My job requires me to interact with amazing people and professional shooters of all kinds. Of all the things I see captured, automotive racing is one of the more fascinating subjects to cover.

Formula 1 racing intrigues me the most for reasons beyond what can be described with words. It is watching the pinnacle of automotive technology battle in front of you at neck snapping speeds. It is also a living many gearheads grow up wishing they could one day do and to be in the pits alongside the drivers and crews is something pretty special to witness.

I caught up with Vladimir Rys, Formula 1 photographer, for a quick Q and A about his career and what it’s like to shoot F1. Vlad is an award winning photographer from Czech Republic who regularly shoots for Red Bull and is represented by Getty Images. I asked Vlad a few questions about his life, followed by a series of images I picked myself for him to comment on.

Vlad, where did your passion photography begin, and what was the life changing event as a professional solidified your career as a photographer?

I was going to this photography school in Prague and assigned to find places to practice (photography). I went to a daily paper and asked the boss if I could come in once a week. This boss was quite mad (crazy). I was nervous… but this gave me the best experience. I didn’t know it at that time… About half a year later, he called my mom and asked for me. I took the phone and he offered me a job. At that moment I was unsure because I was still in school. He told me he didn’t post up the position yet and could have dozens of applicants lined up to take it he didn’t. I ended up taking the job and quitting school.

You shoot mostly digital now, but started off with film, what is it about film you still like?

Shooting for a daily newspaper in Czech, Boss didn’t give me any color film, only black in white. Ever since then I’ve liked black and white, made me appreciate shadows and contrast. I still shoot film. When you have the photo in your hand and see the grain, it’s a different feeling.

You’ve won quite a few awards and accolades over the years as a professional, tell us which one meant the most and what made it so memorable?

It’s nice to get recognition, but sometimes I like the pictures that never win… The first one I won, “best sport photography in Czech”, made me realize, wow, maybe what I’m doing it’s not that bad. One of the better moments was when I won “Best Photographer in Germany”, because it’s more competitive.

There are a range of sports that you photograph, but you are best recognized for your racing images. A racetrack is massive and every track is different. What do you look to capture and how do you know where and when to be during a race?

It’s a thing of experience every year in F1. I like it because every track is different and every race has a different story. I prefer tracks where you can move and take pictures. It’s good to know what spots are good in what light, what places are good in the morning, at night, where the cars are, etc. I always want to try to do something different each time around to keep things fresh.

F1 is the second most watched sport after Soccer in the world. Unfortunately, both of these sports have not been embraced by many here in the states. I know you weren’t all that into the F1 when you first started shooting, for those who aren’t familiar with the sport, tell us what makes it so exhilarating to spectate?

I was always into soccer. I love ice hockey as well. My dad was big into F1 and moto, but I was never into it. My boss asked me once if I wanted to shoot it and I said, “not really.”

it’s the sounds, the power, the heat… You just get infected

He sent my colleague and the next time around he made me go. I went and that’s when it all changed… it’s the sounds, the power, the heat… You just get infected… I started to like it.

I was just 2-3 years photography wise. You start to understand all the technical things. The more and more you get into it, the more you get interested. I never understood it until I got into it.

It’s difficult to capture the speed and technical greatness in these machines. You do this pretty well in addition to capturing the emotions and feelings of the athletes and people involved with the sport.

I’m going to show you 5 of your images. In a few words, tell me about these shots.

I remember we were expecting rain that day. You see these dark clouds coming over. I didn’t know what to do. Then I saw this kind of light and a piece of track they don’t use. At that moment I thought I would do a pan. I had to go really slow to get this effect of this line and everything blurred. It was difficult to get because every car goes different speed. You have to be really concentrated and even get lucky. In the end… it worked quite well and this is one of my favorite shots from the Malaysian race. 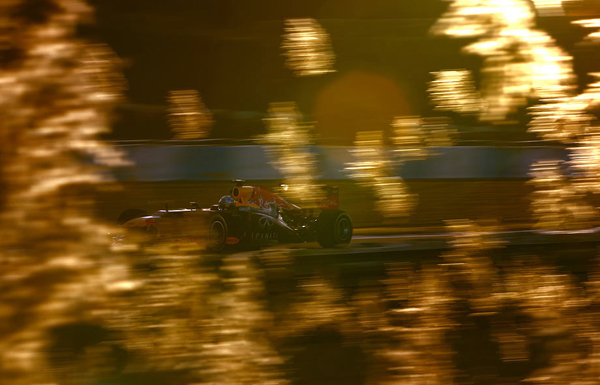 This is my favorite one, happy you picked it up. Sebastian Vettel was testing. This is rare light you get in the morning and the same day that the Ferrari blew at the test run. I had one chance to get this and I got it. I was supposed to be out there for 3 days, but I stayed one more day. Luckily I got this shot. 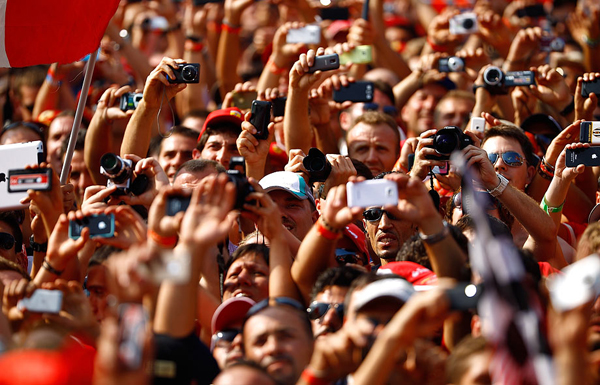 This picture has a funny story behind it. I tweeted it right after the race and my twitter followers said , “I think this is the picture that Fernando Alonso just tweeted.” Somehow he got this into his hands. Instead of everybody cheering, everybody is taking photos with their phones and cameras. You only see this only at Monza. It also shows how technology has changed things. 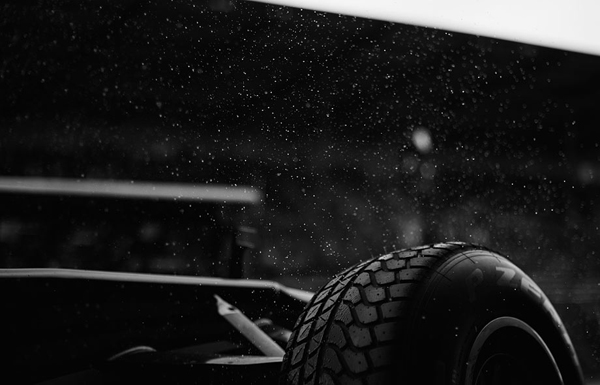 This was in Belgium where it usually rains. I was in the pit lane trying to get something different. This was shot on a 50 f/1.4 at really fast 4000th – 8000th of a second to freeze the rain. 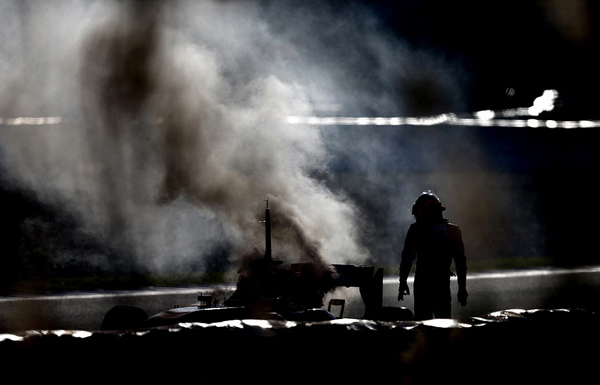 This is from testing in Spain. It was the first testing before the season started. Every team is usually testing new parts on the car and new engines. Once, twice a day… one of the engines catches fire. It was in the morning when one of the Ferraris caught fire. The driver just stood up calmly and walked around the car. You don’t get these kind of shots often. It’s a dangerous situation… the car could have exploded in flames.

Thanks Vlad for your time and your words and images. I wish you the best of luck and hope this interview will inspire some of its readers. ­­

To see more of Vladimir and his recent works, visit his Facebook page here.