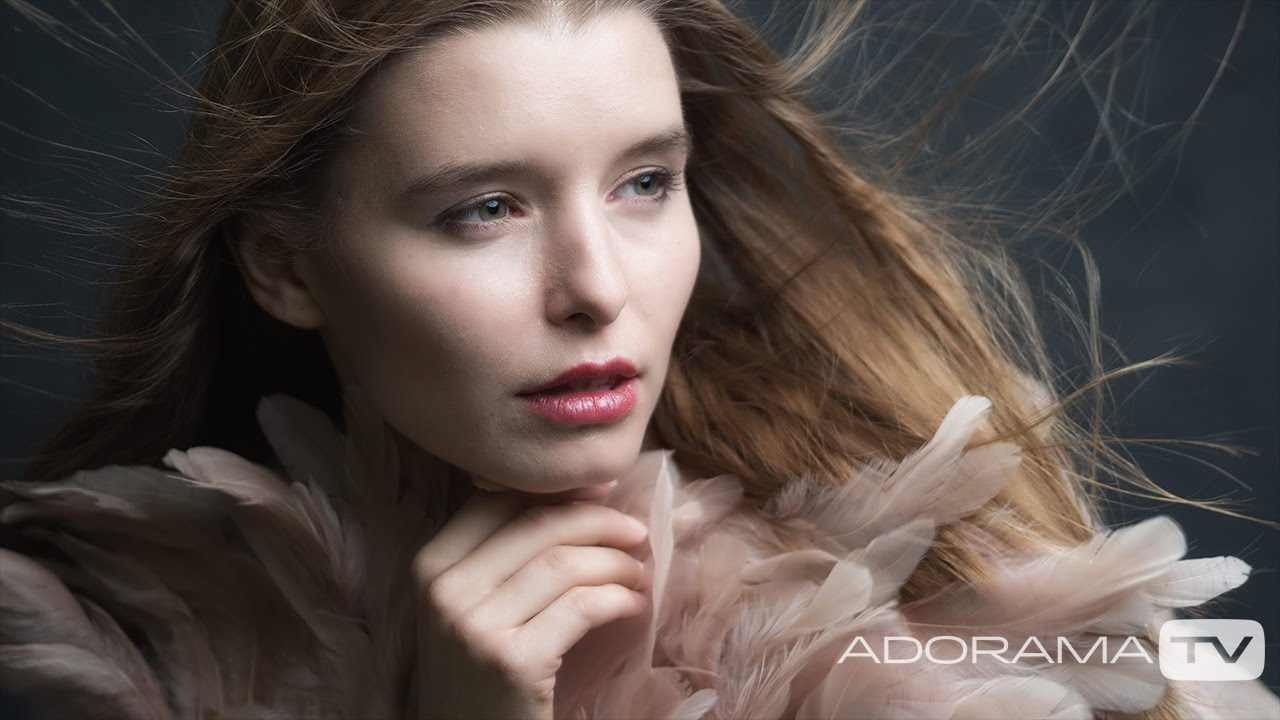 Who doesn’t love a shallow depth of field portrait? They offer up a dreaminess that looks beautiful and is a departure from what we normally see, and they’re easy enough to accomplish in theory: mount a fast lens, open it wide and shoot away. But there are things you can do to get more out of that shallow depth of field, to enhance the effect. Adorama TV has a lesson to help you accomplish this in-studio with Gavin Hoey.

You’ll need a fast lens of course, and you’ll need to be able to power your flash down low enough to open up all the way without overexposing or use high-speed sync. The latter is also useful if you’re going to be combining your shallow DOF with freezing action. That’s the route Gavin’s taken – he’s using HSS on an Olympus FL900R with an OM-D E-M1 Mark II and 25mm f/1.2, which has the reach of a 50mm on a full frame camera. He’s put the FL900R in a Glow ParaPop modifier.

Your background makes a difference in the feeling of depth. Gavin begins with a solid black background and contrasts that with a patterned gray one. The gray background lets you see something defocused behind the model which gives your eye more information to process, whereas the solid black is just that – solid black. It doesn’t add much to the shallow depth of field. 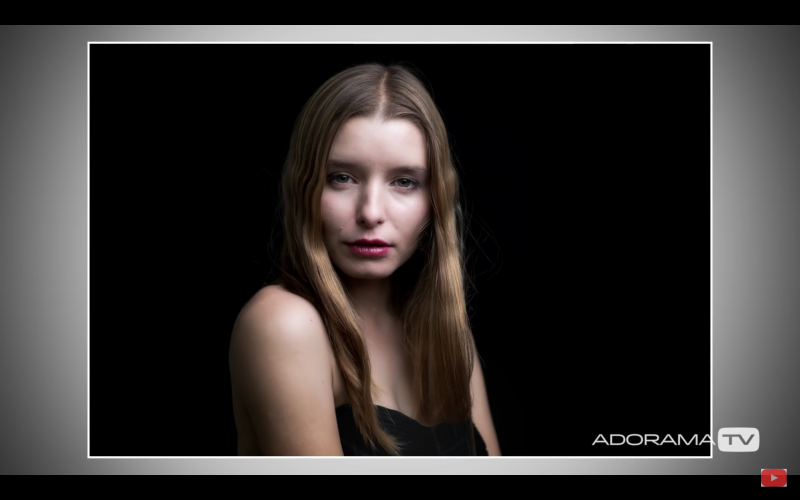 The distance from the subject to the background plays a large role in the overall effect of the depth of field. The further your subject is placed from the background the blurrier it will look. 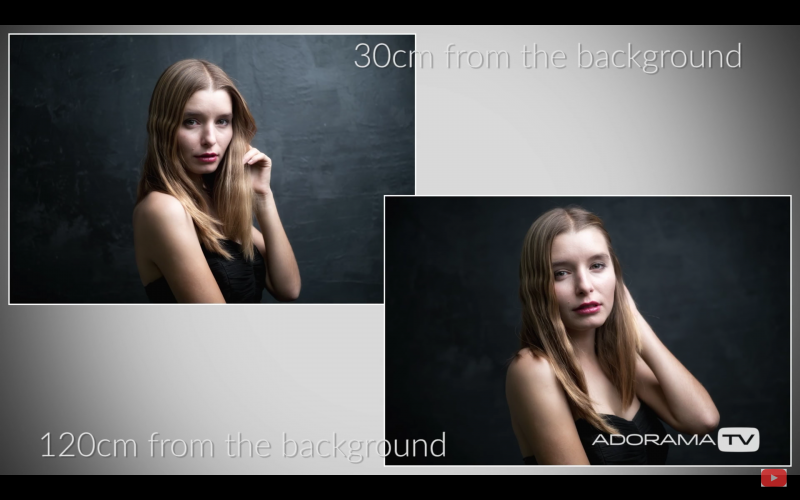 You can accentuate depth of field with posing – having your subject lean forward puts even more distance between them and the background.

[REWIND:] THE FOUR FACTORS THAT AFFECT DEPTH OF FIELD

Elevating yourself above your model can also help – just don’t forget to lower the light if you lower the subject. 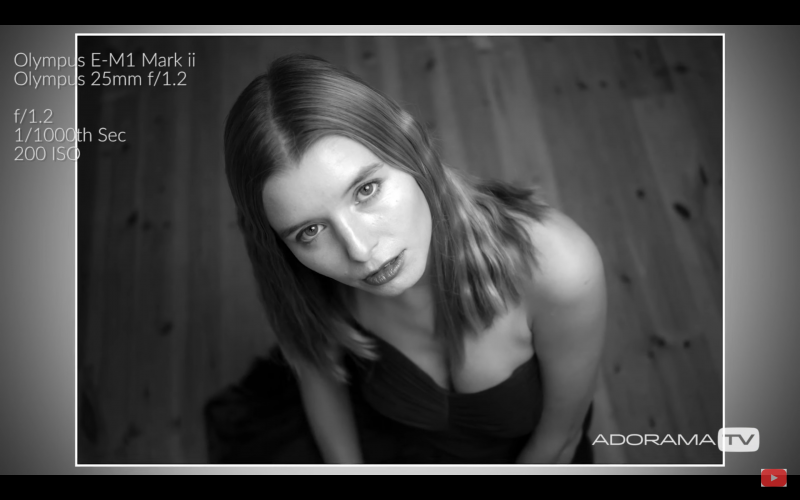 Finally, you can add a foreground element. The old senior portrait stand-by, the ubiquitous brick wall subjects are so often leaned against is one example. An interesting technique you can try in the studio is stretching a sheer fabric at an angle in front of the subject and positioning them like you would against a wall, as shown in the photo below. 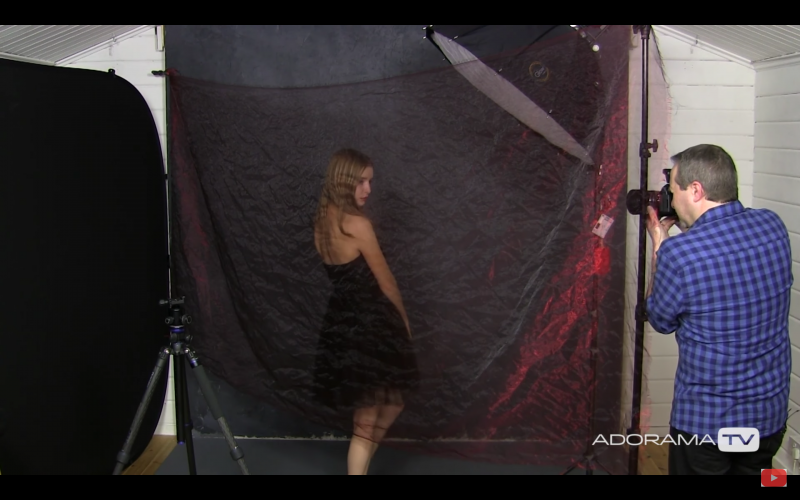 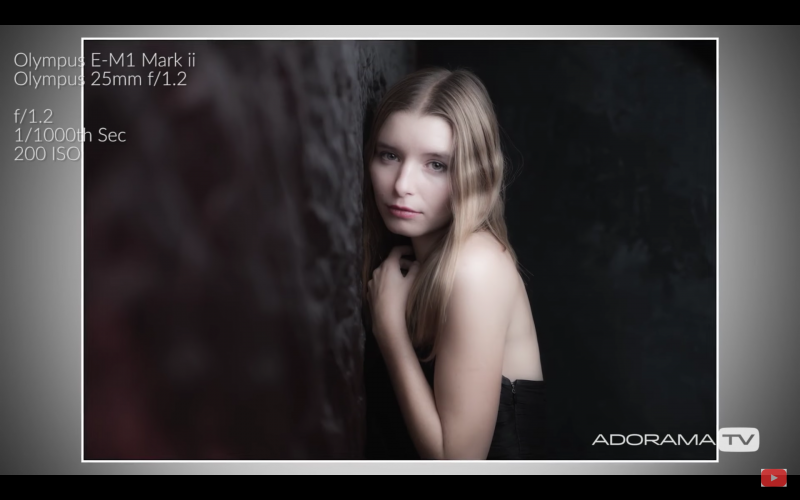 What are your favorite tricks for unique and interesting shallow depth of field portraits?