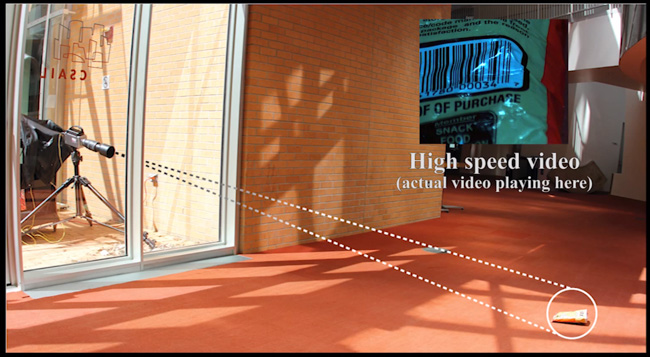 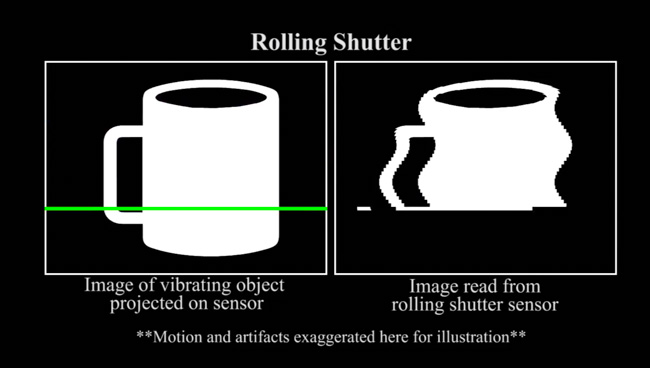 It would seem that the game of espionage has just been gifted a brand new tool. Photographic and audio recoding devices have been, and will likely continue to be staples in the world of spy games, and with each new tech development, that game gets more and more intense, and perhaps, more and more sinister. Now, a team of MIT scientists have managed to use their considerable brain power to visually record the tiniest of vibrations of everyday objects such as a bag of chips, or a potted plant, and reassemble the sound that caused those vibrations into highly recognizable and intelligible sound.

[REWIND: The Nikon D4S – Does It Not Live Up To Expectations?] 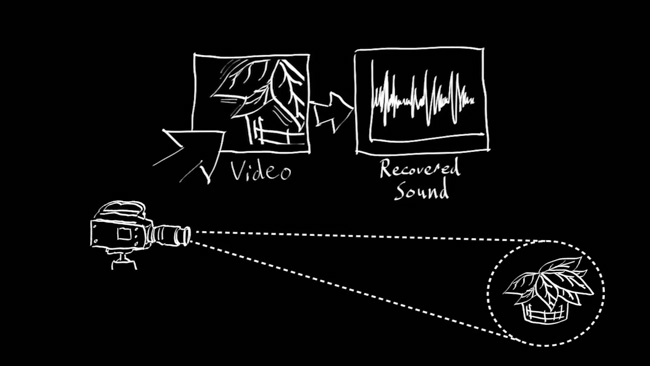 How does this happen? Well, I can only but briefly and without much depth, explain from a layman’s perspective. Essentially, any sound produces waves that travel from the point of origin though out whatever fluid is around, be it air, water etc. When these waves contact another object, it moves them to the slightest degree, even around five thousandths of a pixel. These movements are tracked by a high speed camera, or even rolling shutter on typical cameras, and when combined with algorithms (probably from the likes of David Blaine), proper audio can recorded.

While most of the recording was done from a high speed camera, shooting from 2 to 6 thousand fps, which is apparently faster than the frequency of audible sound, it was perhaps more impressive that audio could be recorded from cameras shooting just 60 fps. It really is just incredible. I would highly recommend going to MIT’s site to learn more, and I’m sure the video below will impress you enough to do it.