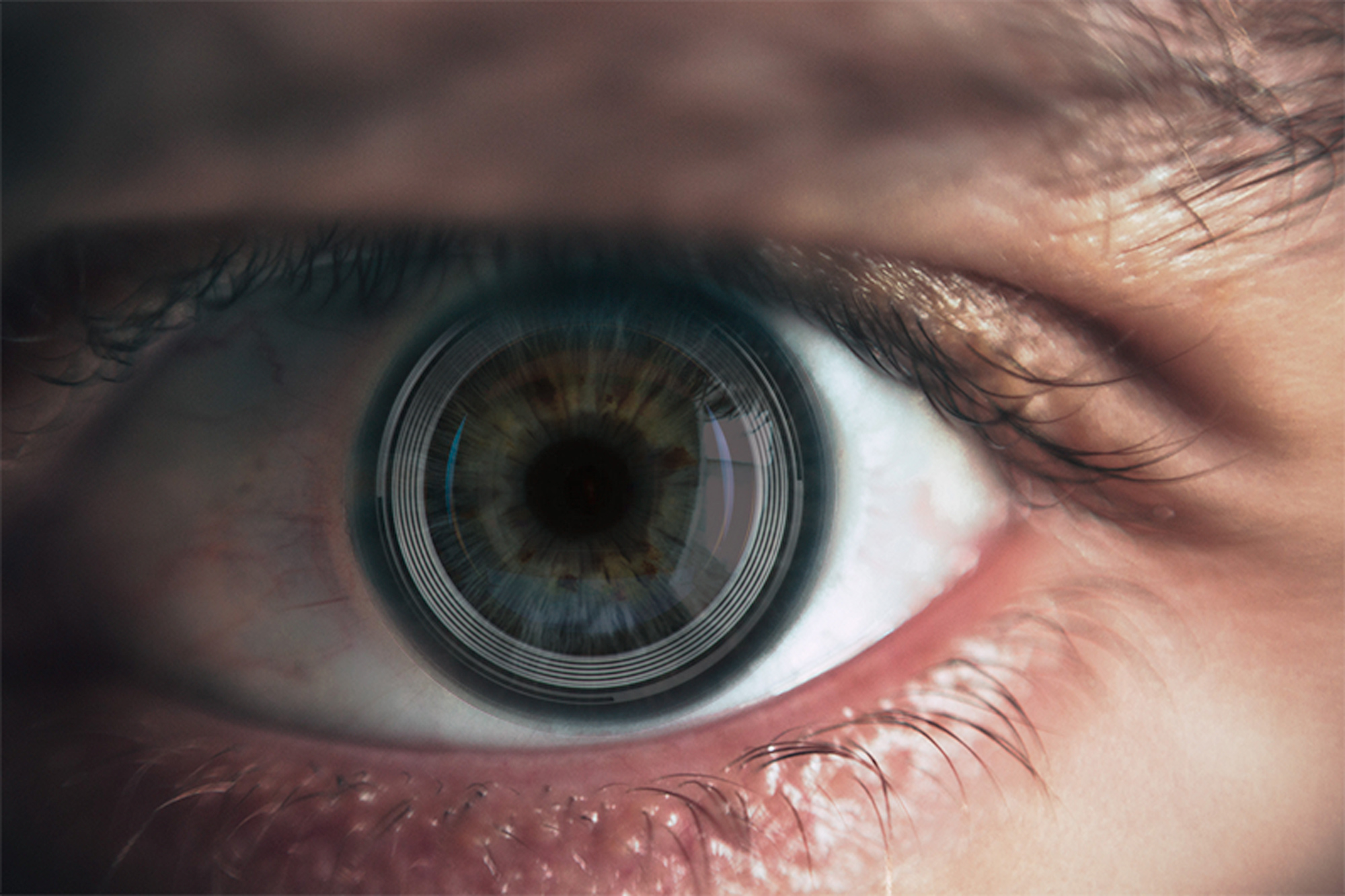 Old science fiction has been the inspiration for most new technology we now consider normal from everything like cell phones to the iPad, well now a team of scientists from the University of California San Diego have created a contact lens that works like a zoom lens for the human eye. Seriously, it feels like we’re stepping into a movie right now!

The new Contact Lens works in the same manner as an advanced zoom lens for the human eye, where you can zoom just by blinking, or looking around. the details released in their new paper in the journal Advanced Functional materials, called “A Biomimetic Soft Lens Controlled by Electrooculographic Signal.” 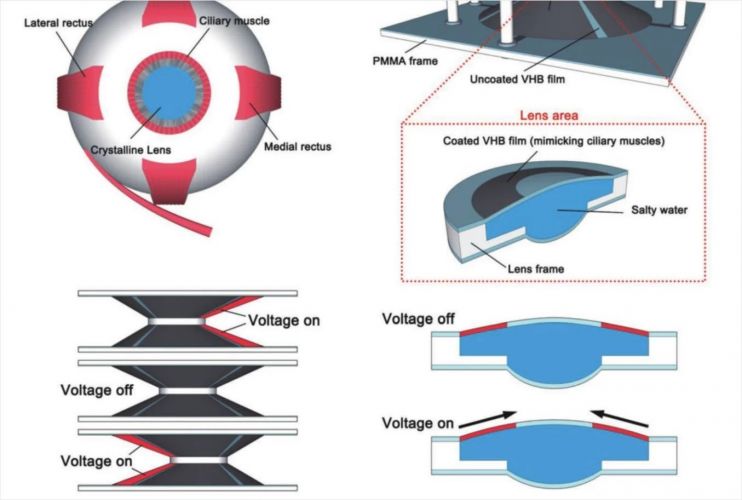 Just like a normal contact lens, the system is mounted on a human eye with five electrodes which are placed around the eyeball. These allow the user to zoom simply by double blinking in quick succession much like double clicking a mouse on your computer. An electrical charge is then applied to the polymer film layers of the lens, expanding and contracting it to change its thickness. In addition to the blinking zoom feature, the lens can be controlled by looking in different directions (up, down, left, right), shifting as your eye moves.

This isn’t the first news about a contact lens of this nature, initially reported by Petapixel back in 2013, some European scientists announced a blink-to-zoom 2.8x contact lens. The difference here, is the new technology that makes it capable of responding and reacting to your natural eye movement. 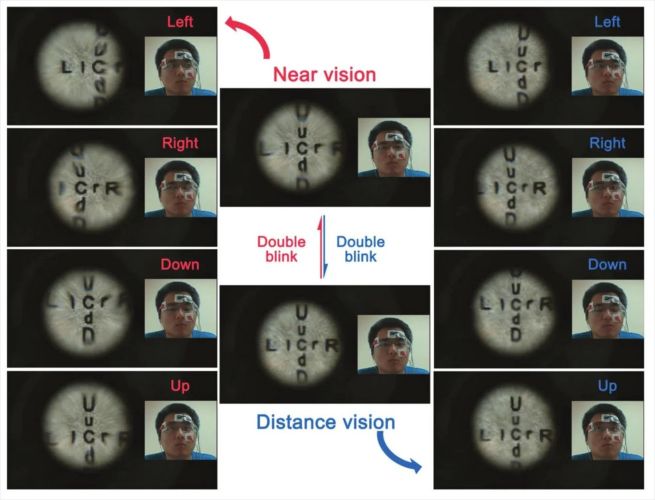 This technology is clearly still in its infancy, given it’s taken 5 years to get to this level of responsiveness, it’ll still likely be many years before something like this lens become accessible to the general public, but the researchers hope is that one day it can be used in situations like visual prostheses and remote operated robotics. That being said, it’d be pretty incredible to have a well developed system like these lenses. I Immediately thought about an older SyFy show from Canada called Continuum where the protagonists had contact lenses that allowed their “team” to see what they see and record all the data around them as well as giving them a virtual Heads Up Display much like that of a video game. Cheesy? maybe…but useful? if developed well, definitely!

What do you think about this? Have you heard about any new and crazy patents or technology advancements that relate to photography?  Let us know in the comments below.