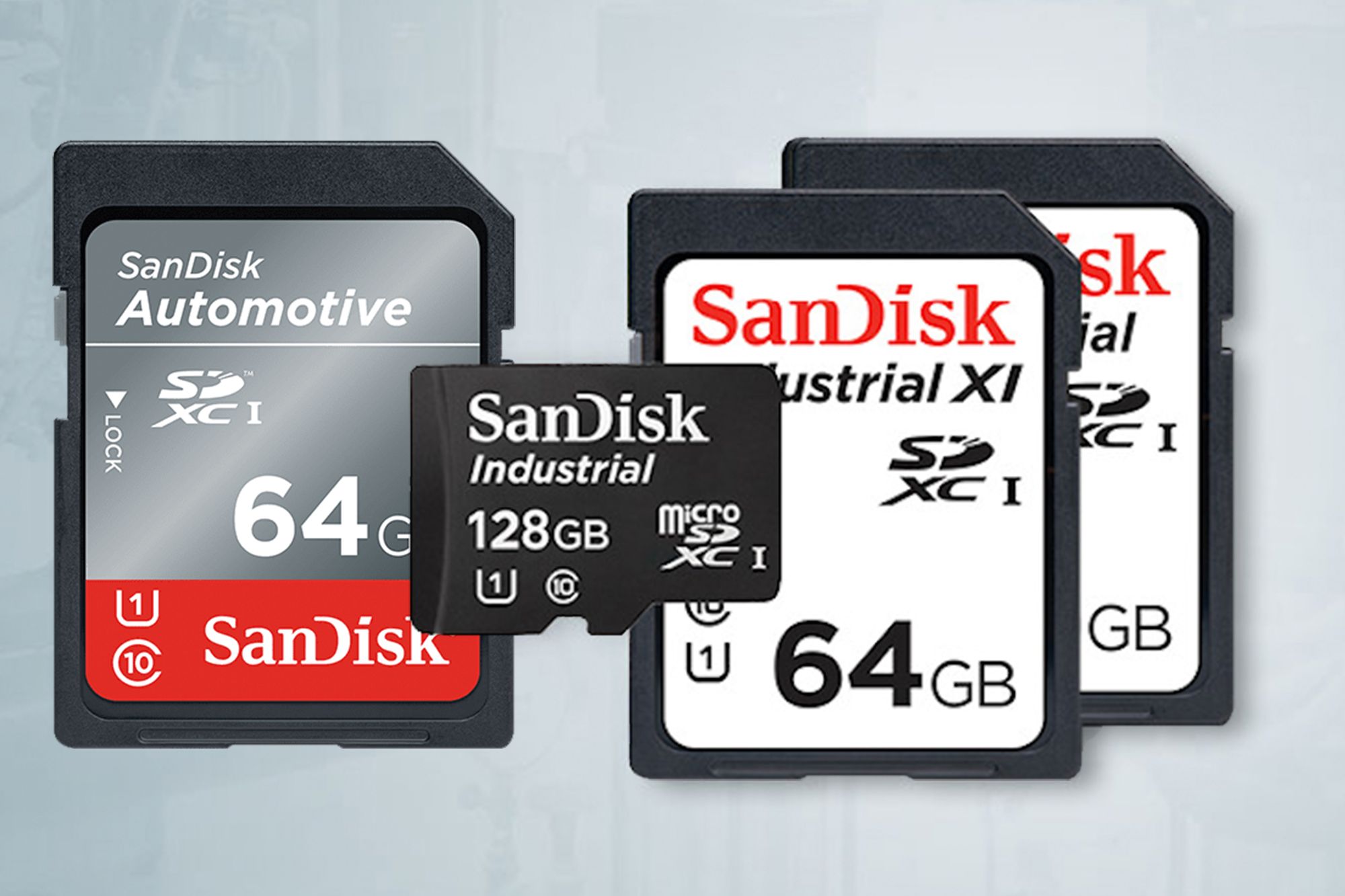 SD Cards are evolving, and quickly. It seems like every few weeks there is some new and improved version of it. We should know by now that the future of memory cards is not CFast, given that it has a theoretical boundary of about 500-600 MB/s, and frankly if we are in a world where we want cards to handle 4K today, but Moore’s Law suggests we’ll not want 6K in 5 years, but in 2, then the demise of CFast is an eventuality. But, for all the merits of an SD card, for size, and that they can be built to be faster than CF, there has been the question of durability, and SanDisk has addressed that with a new Industrial and Automotive line.

[REWIND: This Is The World’s Fastest SD Card]

The new lines are comprised of Automotive and Industrial. The former is meant for cars and drones and the latter for whatever you want. The Industrial cards also come in Industrial SD, microSD, and XI. All the new cards are meant to be more durable for extended use periods, and to be more resilient to temperature fluctuations and peaks.

How resilient? The Industrial lines can operate in temperatures between -25°C to 85°C, and the Automotive between -40°c and 85°c. Both ends of these are beyond what you’d typically subject a card to for prolonged periods.

There is a bit of a catch though, and that is while they are Class10 they are U1 only, at this point, and even with read and write speeds of 80MB/s and 50MB/s respectively, they may not be able to deal with everything. Granted, that’s still quite a bit beyond the last generation of these cards which were limited to around 20MB/s.

Speed and durability aren’t the card’s only tricks, as it can count security as one too. There’s a Health Status Monitor feature built in which allows OEM monitoring, but it also has Host Lock capability, which means the cards can have passwords assigned to them. 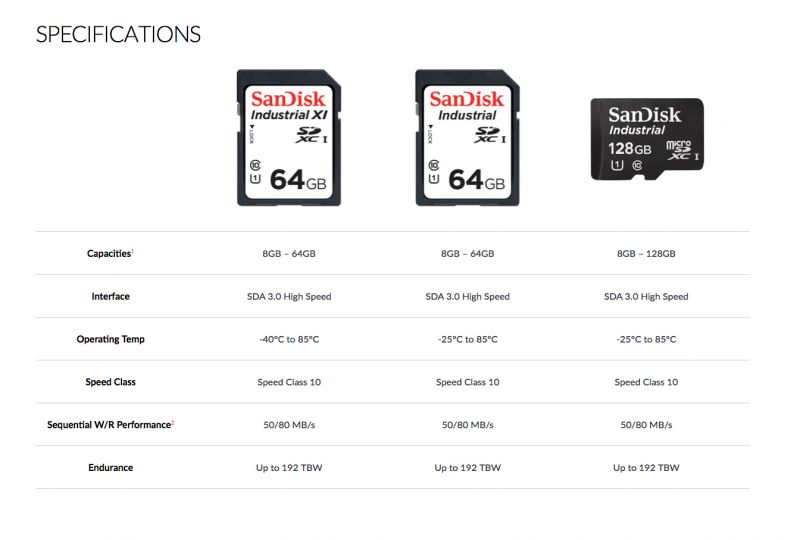 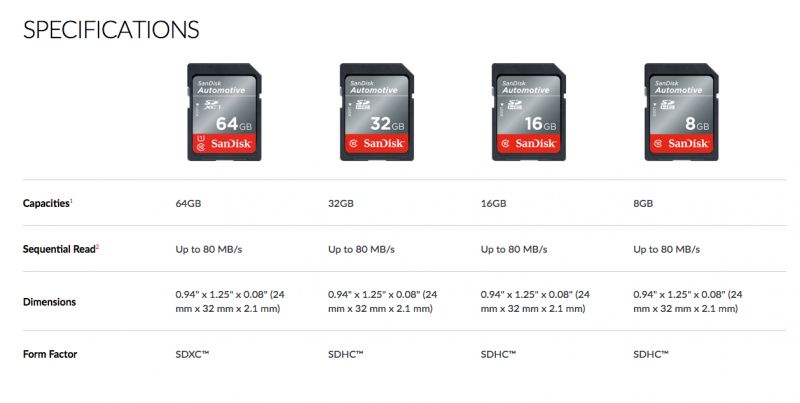