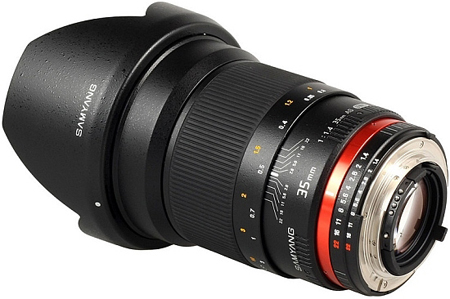 According to a post on Samyang’s official facebook page, on March 21st (this upcoming Friday), Samyang will be announcing “new stuff.” There are obviously several ways this could go, one of which is regarding a long rumored 50mm F/1.2 lens.

Samyang, as you know, is known for their optical quality and dirt cheap prices on manual focus only prime lenses. There was a rumor a while back regarding the addition of autofocus and a logo change, so maybe this announcement on Friday has to do with that as well.

But, if Samyang has managed to make a new 50mm F/1.2, that will be really exciting. I, for on,e would be really interested to see how well it compares to the Canon 50mm F/1.2, both optically and price wise. I would also be curious to see how it stacks up with the new Sigma 50mm F/1.4, once that is released.

Stay tuned and come Friday (or sooner should it be leaked), we will let you all in on what Samyang has in store for us.

What would you like to see Samyang release? Would a 50mm F/1.2 (manual focus only, or AF included) be something that would catch your attention? Share your thoughts in a comment below to join the discussion.