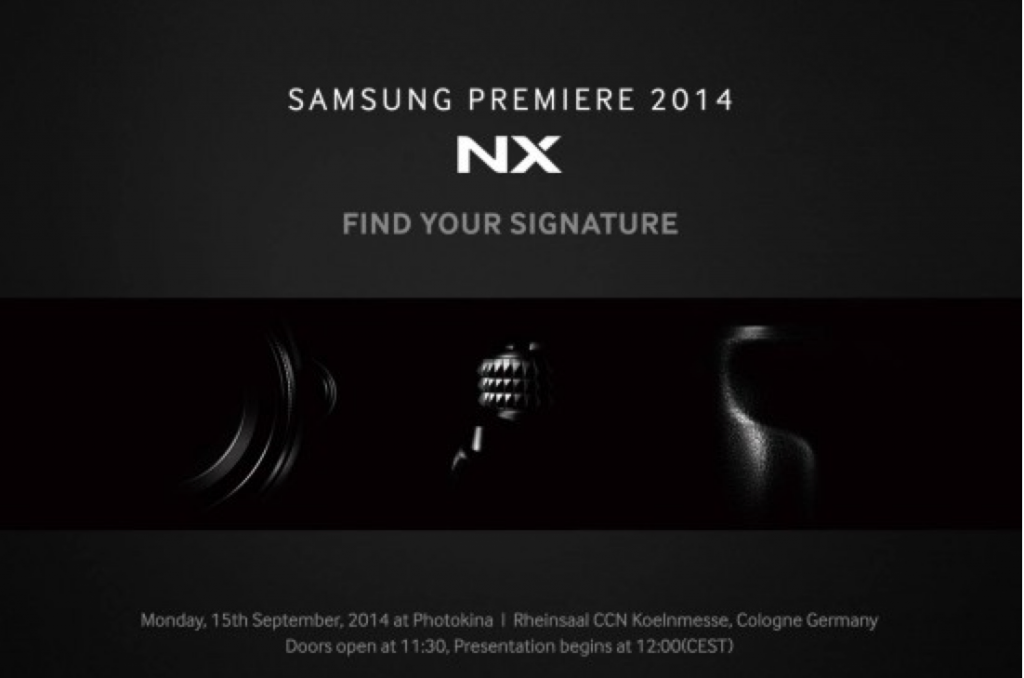 We heard some hard to believe specs about the upcoming Samsung NX1 in the recent past. Today, we have some updated specs for you, as well as a teaser image that indicates that the new NX1 will be revealed at Photokina on September 15th.

According to a post over on Mirrorless Rumors, they have “confirmed” that the NX1 will feature the ability to shoot 15fps with tracking, have a vertical grip option, and be slightly bigger than the current NX30. Check out the full list of rumored specs below…

According to the report, the NX1 will likely be available some time in October. I have to tell you, I am still very skeptical of these specs, but if they are legit, and Samsung can release some new pro level glass (or stellar lens adapters, making Canon/Nikon glass work natively on the NX1), then this looks like an amazing camera.

I am really curious how it will match up to the upcoming Canon 7D replacement and Nikon D9300 (or whatever their flagship APS-C will be called). I can tell you right off the bat that I don’t see either that Canon or Nikon hitting 15FPS or ~30 megapixels, so that right there is enough to catch my attention.

What are your thoughts on these updated Samsung NX1 rumors? Do you think that the NX1 has a shot of outshining whatever Canon and Nikon put out in the APS-C market? Leave a comment below!

Canon vs. Nikon: Why I Want To Switch To Nikon, But Can't Fully | Tony Northrup