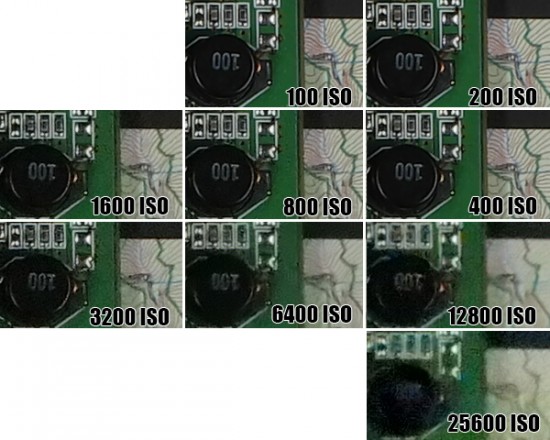 Samsung NX1 ISO Samples Surface, What Do You Think?

Samsung’s NX1 has turned heads with its impressive spec sheet, but the question has always been how it would actually perform. Well, now we may have an idea thanks to an ISO ramp up test done by the French site, Lesnumeriques.

In the test, the NX1 was pitted against a Sony A77II and the Nikon D750, and initially, the ISO tests have been randomized so we don’t know which sample came from which camera. That said, Photo Rumors believes that they have collected all of the NX1 samples and have posted them in a collage which you can see below.

Eventually Lesnumeriques plans to release the correct samples, so that we know for sure what samples came from which cameras. But if the Photo Rumors image from above is correct, I have to say I am a little disappointed. I mean, it’s fairly good up to 3200, but from 6400 and up, it starts to look pretty mushy to me.

That said, these are camera jpg samples, so we don’t know how much better (or worse) the RAW files are and how easily the noise can be controlled with noise reduction in post. So, in my opinion anyways, the jury is still out on the NX1 performance, though, I think that this look gives us a decent example of the sort of results to expect.

What are your thoughts on the supposed NX1 ISO samples above? Do you think that it performed well, or did it leave you disappointed? Leave a comment below!