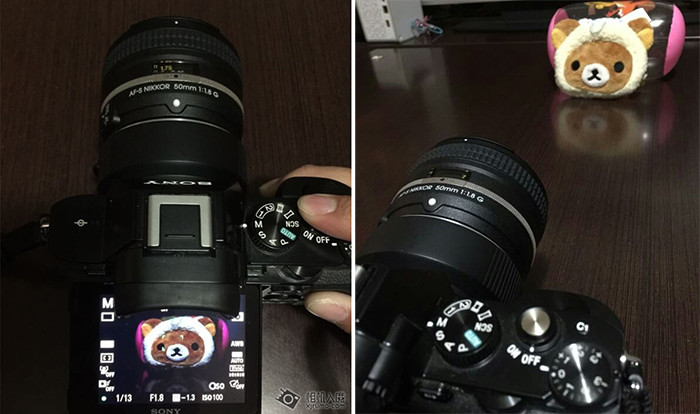 For quite a while, Canon shooters have been able to use their EF and EF-S glass on their Sony E and FE mount cameras with full aperture and AF functionality. Nikon shooters, on the other hand, have not; having been relegated to ‘dumb’ adapters that were really only suitable for old vintage manual focus lenses with aperture rings.

If you wanted to use your new Nikon G lenses, you had to buy these gimmicky adapters that had manual aperture rings that were more trouble than they were worth. And AF, forget about it. There have long been rumors of a Nikon-to-Sony AF adapter, but as of yet, nothing has ever come through.

Some images and a new rumor report indicate that a Chinese company may be close to bringing such an adapter into production. But, unfortunately, this is all that we really know about the adapter. I know I am excited to see such an adapter come out, and I know many Nikon shooters who would be as well.

This also comes at an interesting time, with the A7R II now taking pre-orders, expected to be shipping next month. Wouldn’t it be something if this adapter hit the ground running with the A7R II and its incredible new AF system?