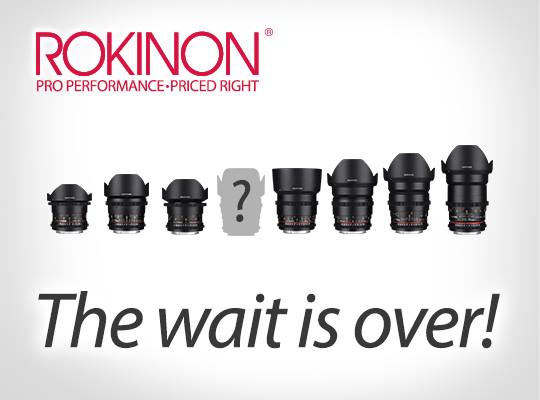 Samyang/Rokinon (or whatever brand you know them as) will finally announce their long rumored ‘fast 50mm lens in 6 days,’ according to the latest rumors surrounding a cryptic post on their Facebook page. There are some discrepancies though, about what aperture the lens will be, with one source saying it will be an F/1.2 and another saying F/2.

The part that can’t be disputed, the date, which is based on a post from Rokinon’s Facebook page in which the company teases the announcement of a new lens on August 26th.

As you can see, the image is pretty cryptic, and really doesn’t give too much away other than where in their lineup the lens fits. If you look at the image it seems to fit between their 35mm and their 85mm, which would seem to support the idea that the lens could be the long rumored 50mm.

The other part to this is the text, which says “The wait is over!” That would also seem to support the idea than the lens in question has been talked about for some time, and no other Rokinon/Samyang lens that I am aware of has had the demand like the rumored 50mm.

[REWIND: Nikon’s Full Frame DSLR Announcement Will Be The D750]

There is also a post on the Samyang Facebook page, which basically teases the same thing, just with some different wording about dreams coming true. But the interesting part is the text below that, which says “On August 26th your dream lenses are coming.” Notice the plural ‘lenses,‘ yet the teaser is only showing one lens. Maybe we are getting multiple lenses – that would be an interesting twist… 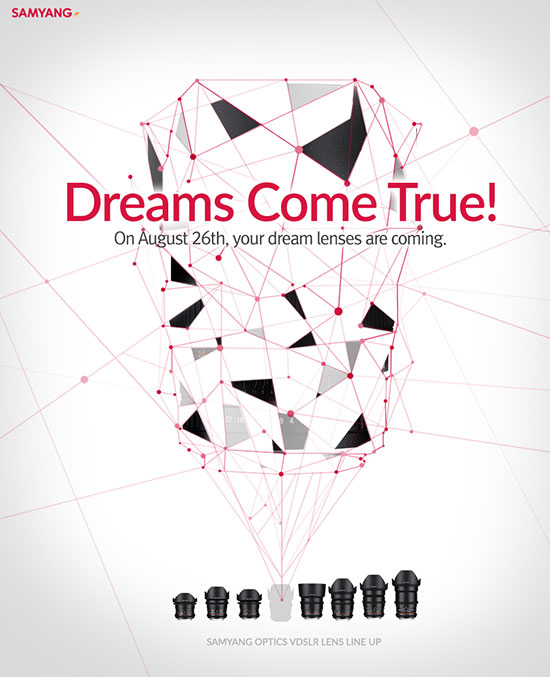 Regardless, we don’t have to wait long to find out what it is officially. Six days and counting until our dreams will come true. I can’t wait, can you?

Quitting Your Day Job: Knowing When It's Time To Go Full-Time