I had been eyeing several tutorials on Calvin Hollywood’s Photoshopfreaks.com for a while now and finally decided on one that I wanted to try out. I chose “Workflow Frank” due to the fact that it’s based on a “on location” portrait, which is what I like to shoot. After paying the converted dollar amount through PayPal (price is in Euros), I was immediately emailed the download link. There was literally no waiting for the link whatsoever, so that was awesome as I was anxious to check it out!

The videos themselves are in the .mp4 file format which was a nice surprise. The encoding information is listed below:

That being stated, I found the quality of both the video and audio perfectly fine and experienced no problems on playback.

Below is the list of software that is used throughout the tutorial.

If you do not have Topaz Detail 2 and/or Color Efex Pro 4, you can use his FAD technique to get details out of the picture, but it just isn’t the same though judging from the bit that I tried.

The tutorial was pretty much all about Photoshop and Photomatix with one of the videos covering the photography aspect that was used for the image. With the exception of that one video, everything else is a video capture of Photoshop similar to what Pye does here on his Lightroom tutorials. As he states on his site and the introductory video, this course is all about learning the workflow he used to get this image along with some Photoshop techniques that may or may not be new to you depending on your existing knowledge.

Here is an outline of the techniques that are covered and used to produce the final image:

If you want to get an idea of how the videos are presented, please visit this Youtube link off of www.photoshopfreaks.com.

So what do I think of the course? I personally found it very informative as I learned a handful of new techniques that I have begun to use in some of my own work as I will show at the end of this review. There were a couple of things that I knew already such as his conversion technique and dodging and burning, but I don’t mind the redundancy when I compared it to the new things I learned.

I do have one qualm with the video and that is the HDR Painting section . The version of Photomatix he uses is German and as such it is a bit difficult to follow along, although he is pretty much just playing with the sliders and explains what he is looking for in the resulting image. Besides that minor annoyance, I can’t gripe about anything else.

One thing to note for those who may not know, is that Calvin is not a native English speaker and as such he does have trouble with some words and sentence structure. This is by no means a deterrent though as everything he says is perfectly understandable and I actually think it makes his tutorials that much better as he slows down to enunciate and think about what he is going to say.

Would I recommend this tutorial to someone else? Absolutely, at approximately $ 34.00 I consider it one of the best photography purchases I have made recently. His site does state that it is for advanced users, but I feel that if you have a decent understanding of how layers work and masks, you should be able to follow along by pausing the video if need be. However, saying that it is advanced is a bit much though. Intermediate seems like the label I would use for descriptive purposes. Will I try out another tutorial? Yes, I have my eyes set on his “End Time – No More Rain” and will try it out when I am able to.

Why do I give it 5/5? Simply put, the amount of new information I got out of it compared to the price is awesome!

The following images were shot and edited using some of the things I learned from the videos. 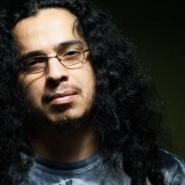 is a on location portrait photographer based out of deep South Texas. His style can be described as being strobe driven with an emphasis on interesting lighting. Follow me on FB @ www.facebook.com/reynaldoventophotography