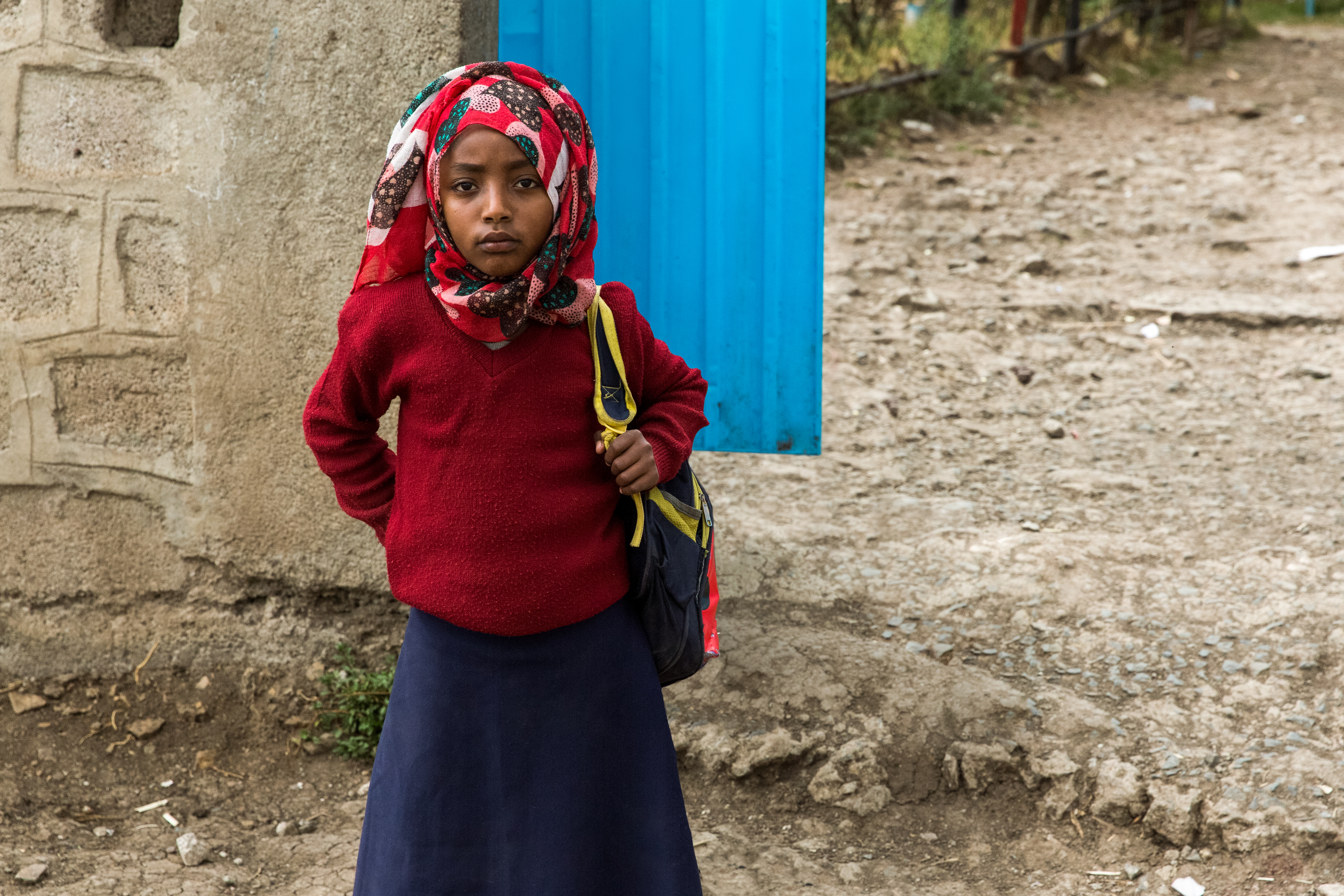 They swarmed around me like little honeybees. After all, I was a specimen unlike anything they had seen before, and I held a camera in my hands. Most had never had their picture taken or seen a photograph of themselves. None had seen an Asian woman with long, straight hair who spoke English. They studied me inquisitively, stroked my hair and begged me to take their “pitcher, pitcher;” these knee high elementary school students who spent their entire recess either playing with the one ball the school shared, circled the team of educators, and me, who had come to visit from America.

Addis Ababa, Ethiopia is a juxtaposition of the old and the new. New buildings tower over ramshackle huts, VW vans bump along the roads next to donkeys and goat herders. There are people everywhere, most of them youth, many of them with haunting, hopeless eyes. Ethiopia is a land of beauty and of brokenness, but the Ethiopian people are among the most gracious and respectful that I’d ever come across.

Over 40% of the population in Ethiopia are children under the age of 14 and the median age of the entire country is18 years old. Devastated by famine and war, Ethiopia is a country full of children who are homeless, orphans in extreme poverty, who lack mentorship, leadership, and parental guidance in their lives.

[REWIND: EMBRACING PROGRESS – THE CHANGING WORLD OF ETHIOPIA AS PHOTOGRAPHED BY MICHAEL TSEGAYE] 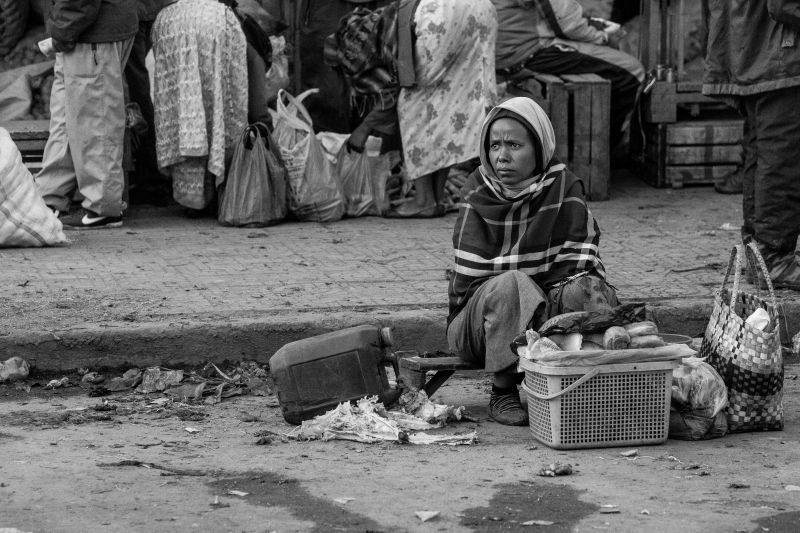 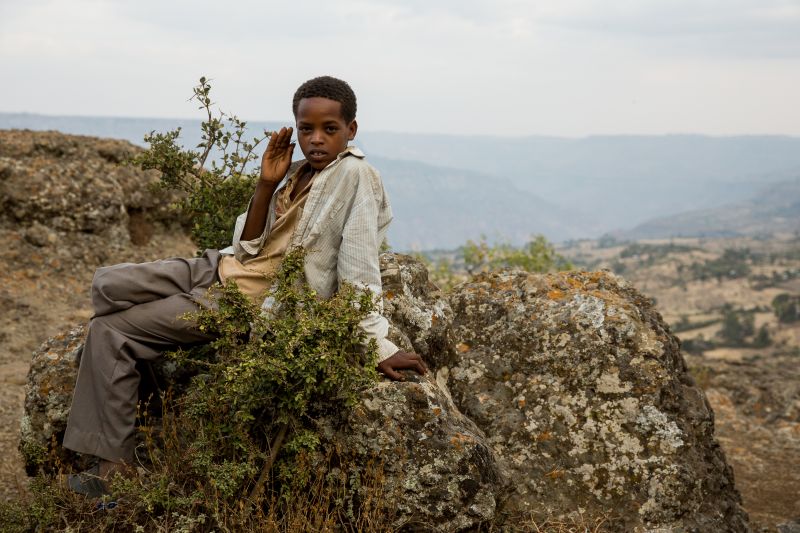 When I found out Clay Cook was going to Addis Ababa to document the plight of these youth, I knew that the country and its people would impact him as it had impacted me. There would be few that would leave without a new perspective on life after visiting. For this project, Clay worked with an organization called Youth Impact to raise awareness for the work that they are doing in Ethiopia’s capital. Youth Impact’s mission is to get the children off the streets and provide not only desperately needed food and shelter, but education and mentorship as well.

Clay wanted to tell the stories not only of the children in need but the larger story of the adults that had been impacted by the program. This called for a blend of photography techniques, “I wanted to bring the aesthetic of my portrait work blended with a journalistic mood,” Clay writes on his blog. To fulfill the vision he had for the project, Clay had a small custom backdrop made, though he had no actual means of rigging it due to gear limitations because of the country’s regulations.

The portrait series was simply lit with Profoto B2 Location Kit attached to a Manfrotto 026 Swivel Umbrella Adapter with a Manfrotto 680B Compact Monopod and a 46” Photek Softlighter II. Because they couldn’t bring light stands, the backdrop was hung with what they could find – a broken ladder and an old bed frame.

“It was a true honor to hear the stories behind these young adults, who have so much to offer, but nearly had zero foundation to create a life. Fortunately, Youth Impact has provided a reachable dream and given the ladder of victory. Built upon a dark past, they are the future of Ethiopia.” 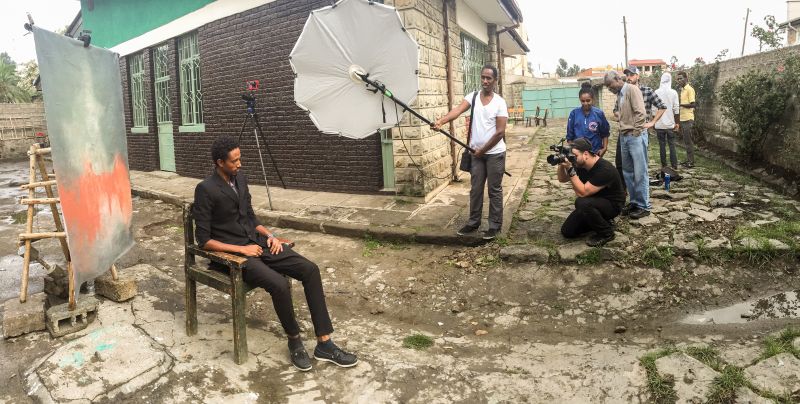 The team also took to the streets to try to get footage encapsulating the culture of the country and around the youth shelter. On the last day, they took a day trip out of the city to the beautiful Blue Nile Gorge where they were able to use the DJI Inspire Drone. Clay says of the photographing the people on the streets:

“Photographing this project in Addis Ababa was one of the most difficult assignments I’ve had…the people of Ethiopia are terrified of the unknown. Due to the fear of exploitation, we were met with a lot of resistance and “hands over the face.” It made our job difficult, we had to be quick, inconspicuous and constantly in the shadows.” 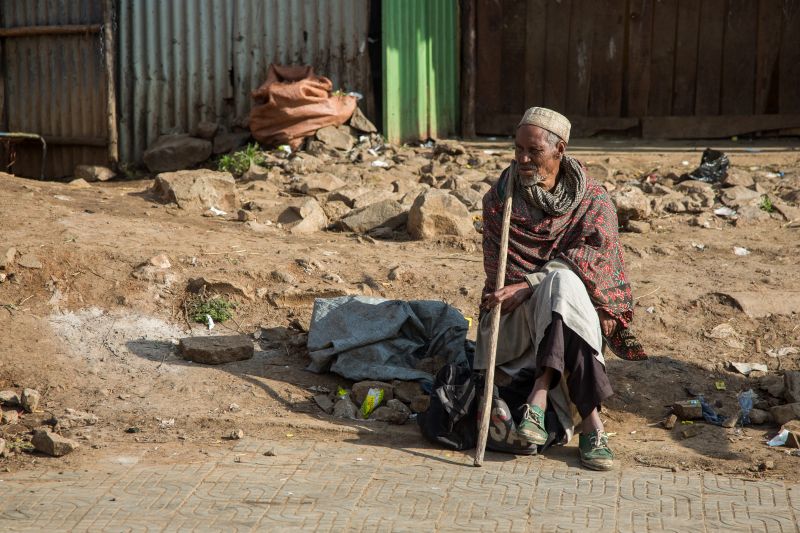 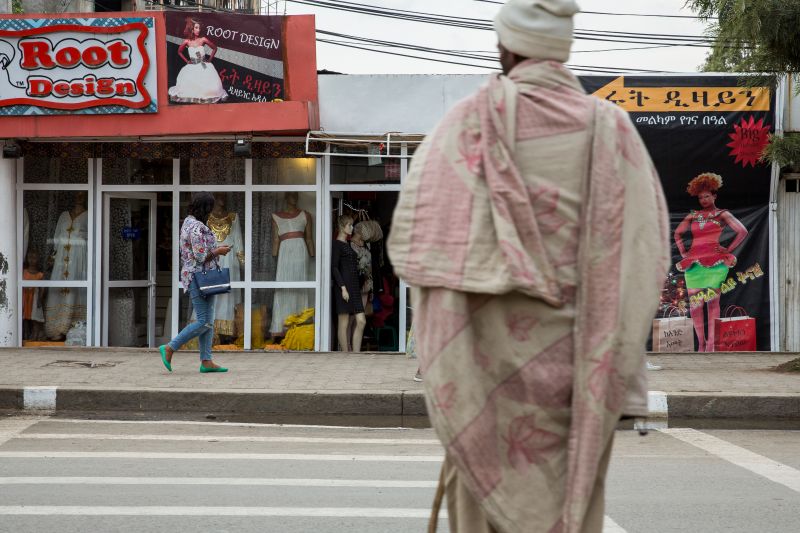 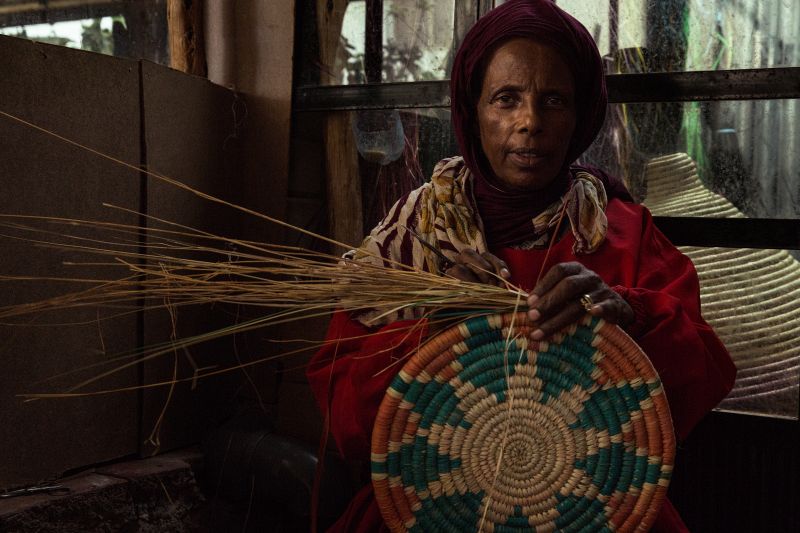 He recounts his entire trip on his blog. To see all the images from the trip and a first person shooter behind the scenes video and more, check out his blog post here.

Here is the final video they made of the Youth Impact Project, as well as a behind the scenes look at the filming of the trip.

CREDITS: Photographs by Clay Cook are copyrighted and have been used with permission for SLR Lounge. Do not copy, modify or re-post this article or images without express permission from SLR Lounge and the artist.

Lightroom VS Photoshop For Removing Blemishes