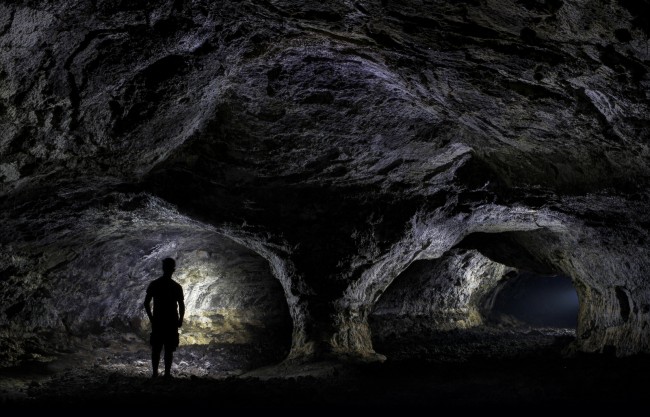 How You Shot It: Lighting a Complex Scene With a Single Light Source

Today’s post is from Matt Emmett  of Forgotten Heritage Photography. Matt is a heritage and ruin photographer with a particular fascination with industrial remnants and underground locations.

“From the point of view of a photographer there is a total lack of distraction in the stillness of a derelict building; the sound and movement associated with people or workers has been removed, for me this makes them far more sensory than when they are occupied. Your mind can easily focus on what is around you and takes in so much more. The building’s voice is clear and a character and visual aesthetic emerges that was much harder to define than if it was a busy, populated environment. Capturing this character and stillness comes across well in the photos and is something people tell me they love about the images.”

I like shooting in unusual locations and this lava cave in Lanzarote gave me a great opportunity to capture something quite different from the kinds of things we see on a day to day basis. For me, this what makes an image interesting.

This is the cave lit with my helmet mounted Scurion wide angle light facing forwards from just behind the camera. When I’m in a dark environment like this, I usually produce a version like this so I can check the composition on the view screen before moving on to the real shot.

This required a little on-the-spot visualization as I hadn’t planned the shot in advance. I decided upon 6 light positions that would illuminate all sections of the scene. 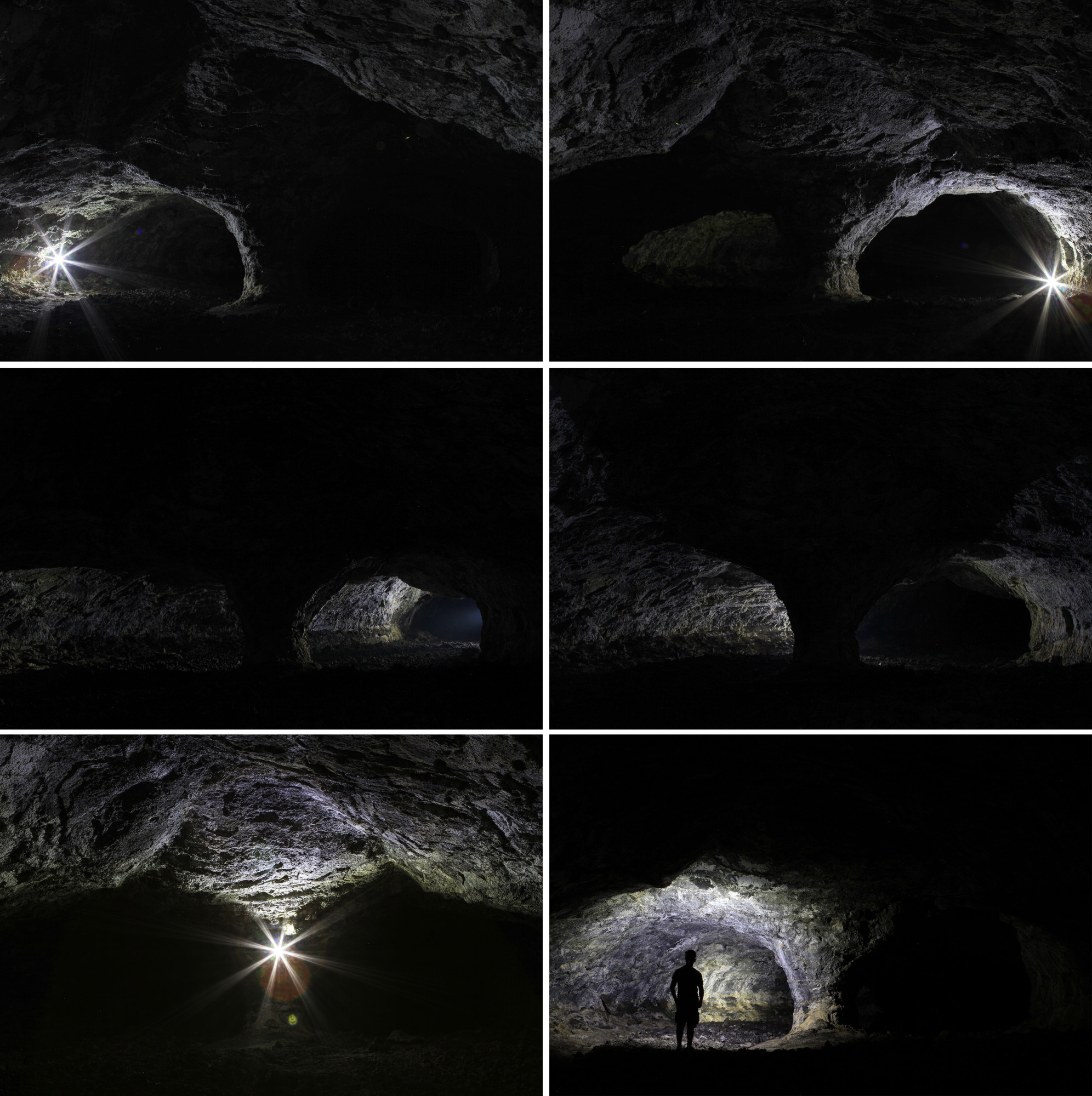 These are the 6 exposures I created. In each one, the light is placed to illuminate a different part of the cave.

Once I was home, I processed the images and layered them one above the other in Photoshop and used a soft edge eraser to blend the different parts together and create a final image. Even though the light source appears in several shots as a star burst effect, careful planning made sure I could remove them, leaving rock in their place from a different exposure. 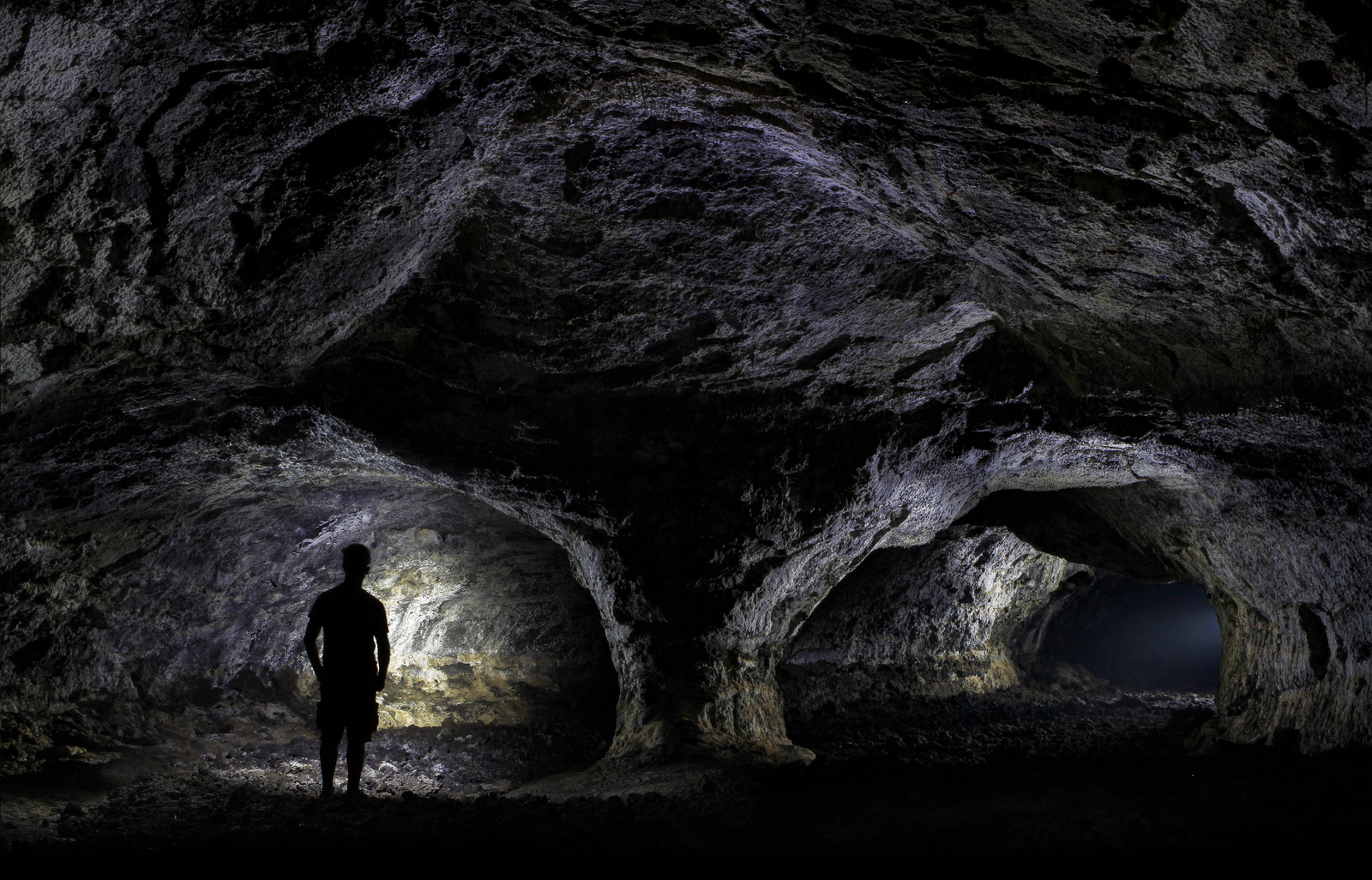 Having quite literally ‘built’ the scene from several separate more manageable lighting jobs, the final image is a far cry from the initial test shot. It has mood and drama and for me something of the excitement I felt whilst I was in there alone, beneath the lava fields at midnight.

Some photo or lighting purists may say this is cheating, but for me, I got the result I wanted in the end, and I only needed to use one light.