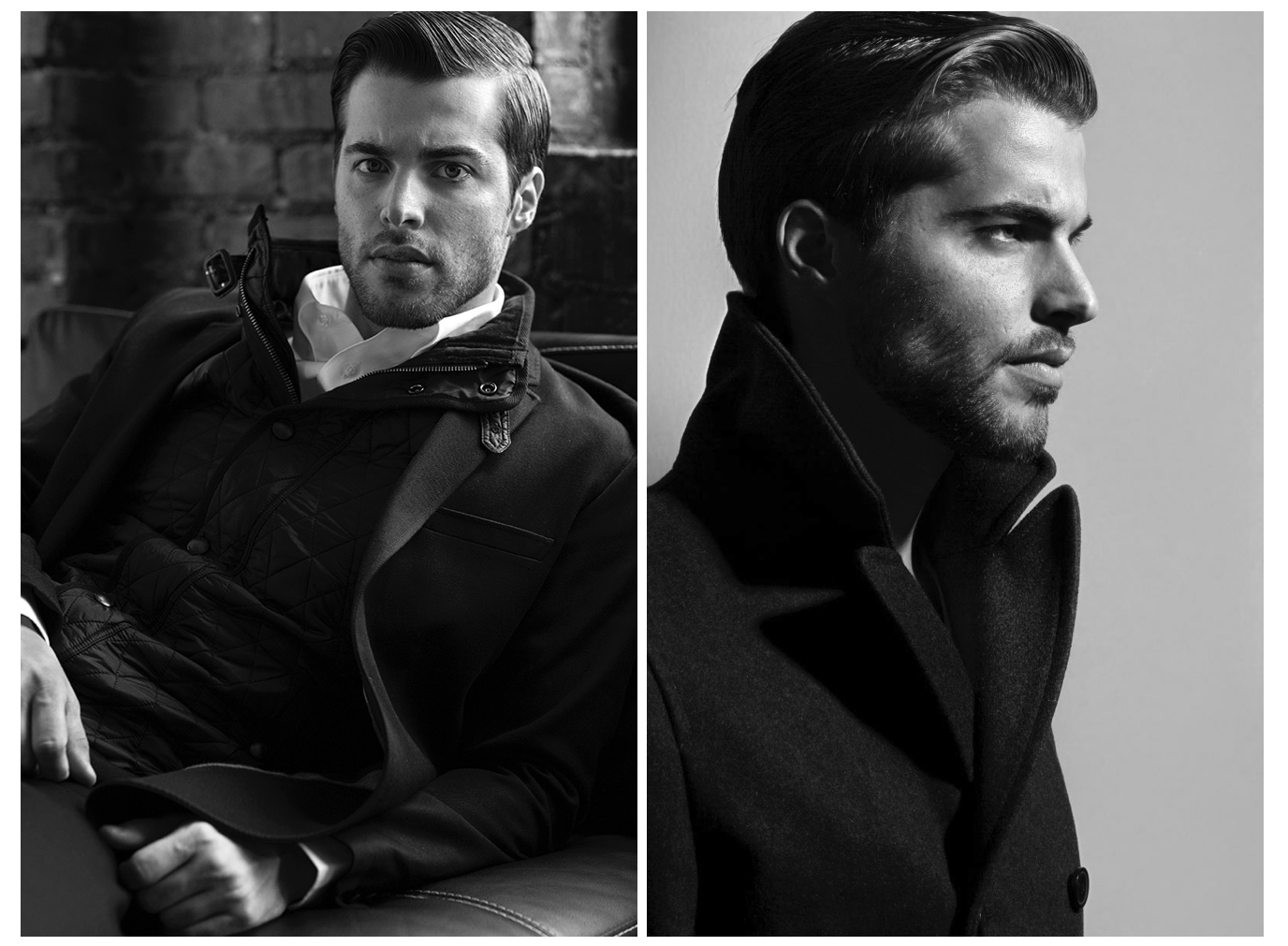 An Introduction To Photographing Men’s Portraiture

For years women have used photography services as a source of empowerment. It began with glamour portrait studios popping up in shopping malls everywhere and over the years has evolved into the era of boudoir. While these types of portrait settings are more intimate in nature, it has been thought that only women would be interested, and as a result we see far fewer male clients.

There tends to be a stigma that men are more difficult to photograph because of this, but that is definitely not the case. 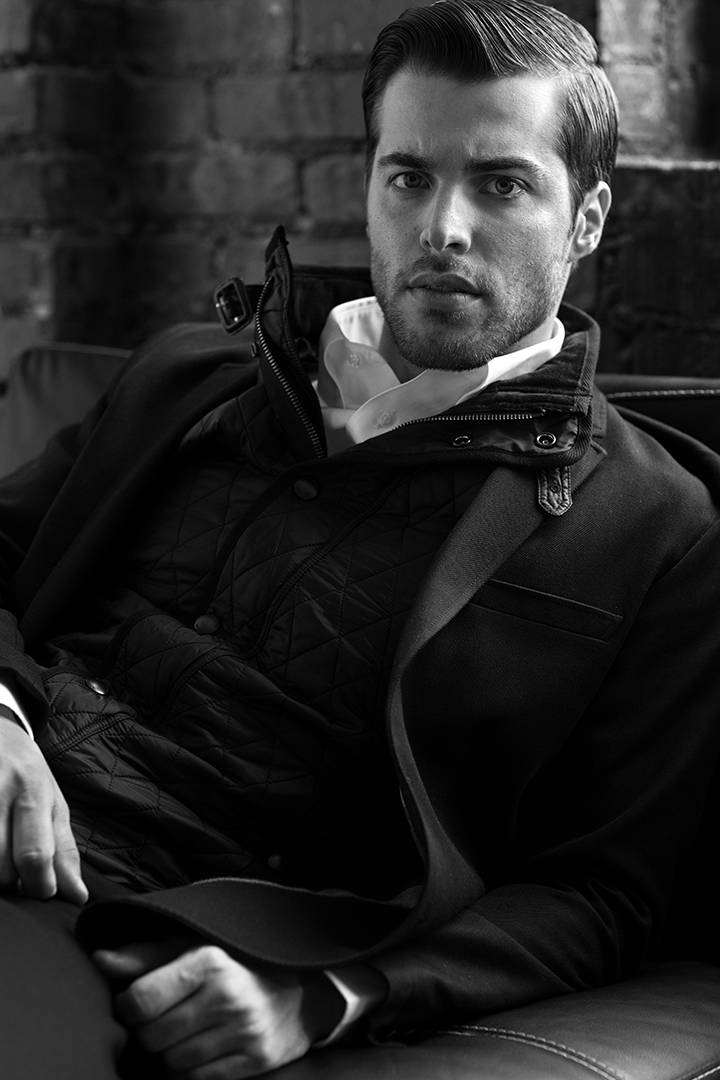 In truth, men do not require any extra equipment or larger studio space to capture them on camera. If you have about four feet of space on a blank wall and a single light, you are set. A good way to approach this is to first identify which side they look best from when lighting them. Once determined, place a light at approximately 45 degrees in relation to them several feet away and then tilted down until the desired light has been achieved. This is a starting point, and while the world is your oyster for creativity, for men, this is often enough. 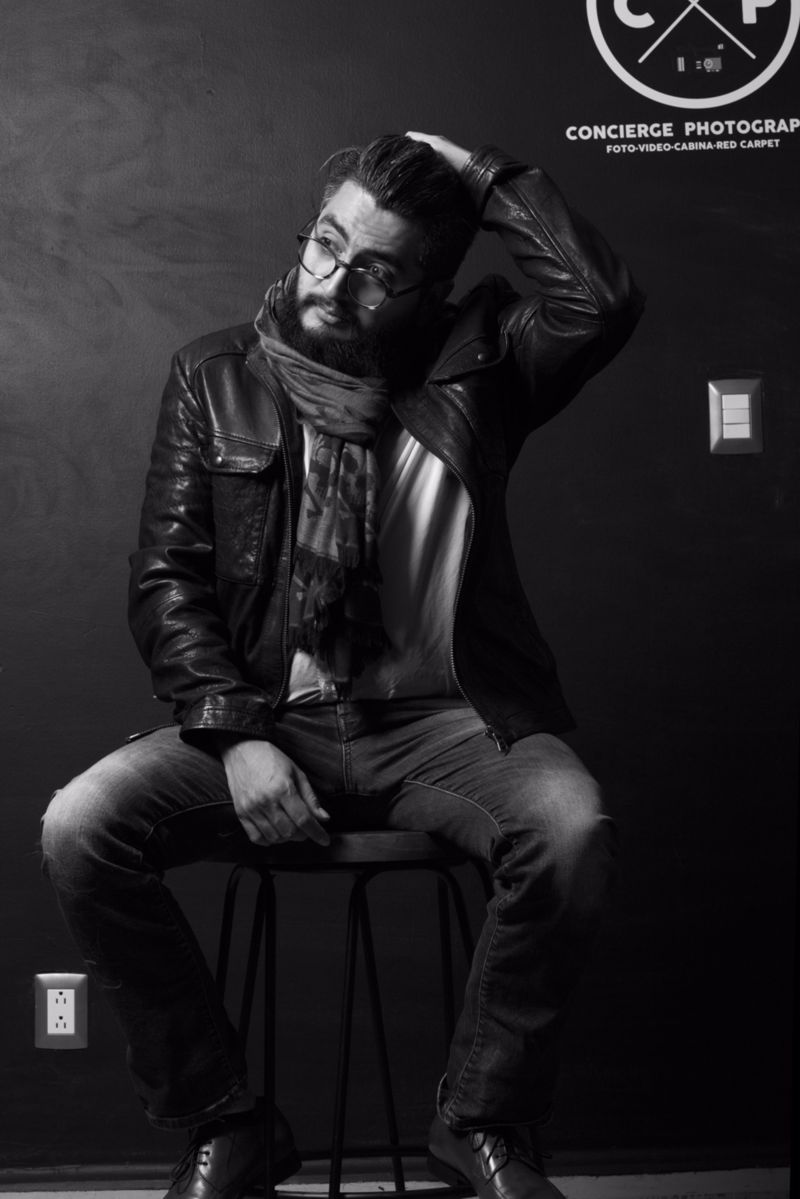 One issue with men, however, is that there is a tendency for most men to tense up in photos, and become rigid. Tricks to keeping them from looking stiff are to first have them get comfortable at the start of the pose. Some standard posing cues are having them adjust their tie, jacket or cuffs, or placing the hands in pockets or having the arms folded almost always works. Subtle variations and adjusting of accessories is a simple and effective way to get a lot of variety in a short amount of time. 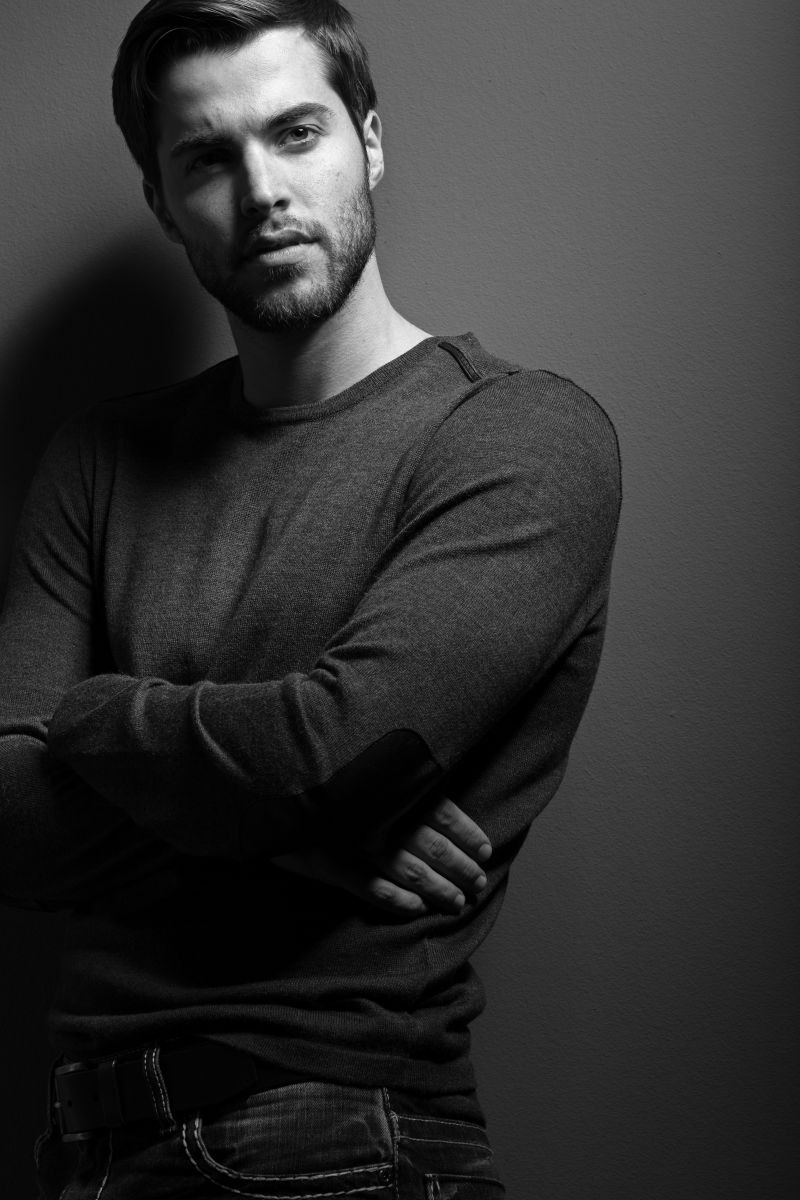 There’s much you can do with the single light also to get different looks that include simple changes in position. You can stand them up and face the light source for a dramatic profile portrait with or without a modifier which works well if the client has any sort of double chin, as the drastic shadows can help reduce that. Like women, however, men photograph amazingly well in natural window light and you don’t always need the more angular directional light of a strobe to make men look great. 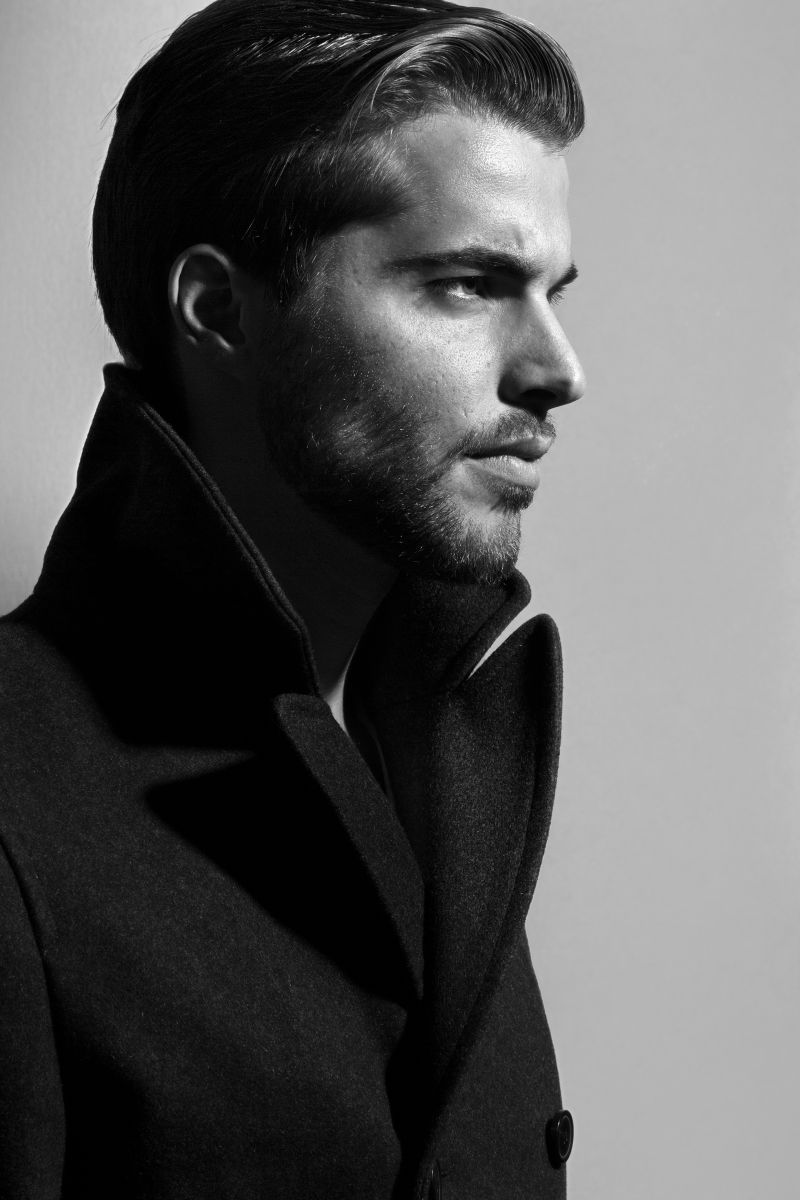 As a female photographer, I find that I am often shorter than my male subject, but the fact allows for a different perspective and often have to have the model look down in order to look at me. As part of this I have learned to tell them to bring their forehead down and out toward my lens, which does a great job establishing or emphasizing a jawline. If they have a great jaw to begin with you can also have them clench down to pop it. It looks very handsome on men and gives it that little extra edge. 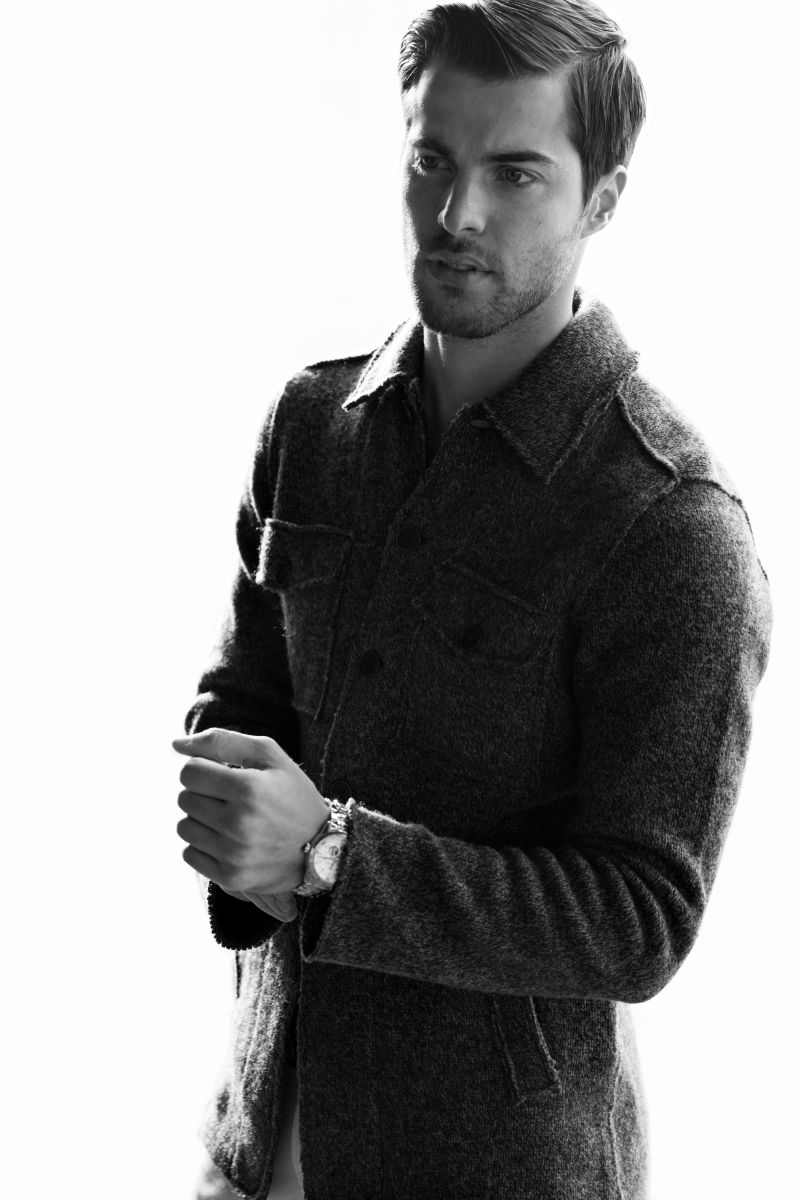 As with all clients, the more natural the expression the better. A good rule of thumb is to try and capture images that showcase their personality. Some need to be more candid in approach with a lot of smiles while others work better in a hard hitting environment. Remember to keep them relaxed and comfortable during the session and give simple verbal cues as this will yield the best results.

Demystifying Medium Format | A Practical Intro To What, Why, & When