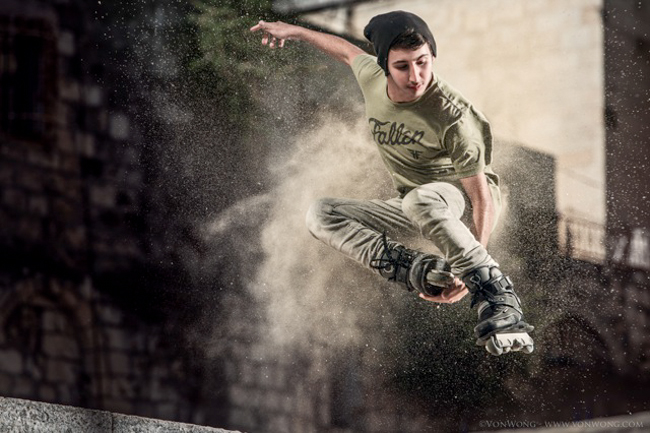 Von Wong is at it again, this time on the streets of Jerusalem! Using his new Broncolor strobe gear, Von Wong does a great job of balancing strobes with ambient light to capture extreme sport athletes in action.

REWIND: A GUIDE TO PHOTOGRAPH FIRE | BEHIND THE SCENES WITH VON WONG

Check out the video below for a behind the scenes look! 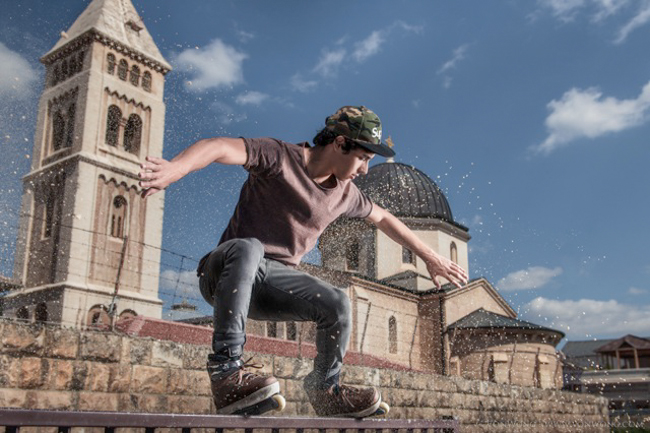 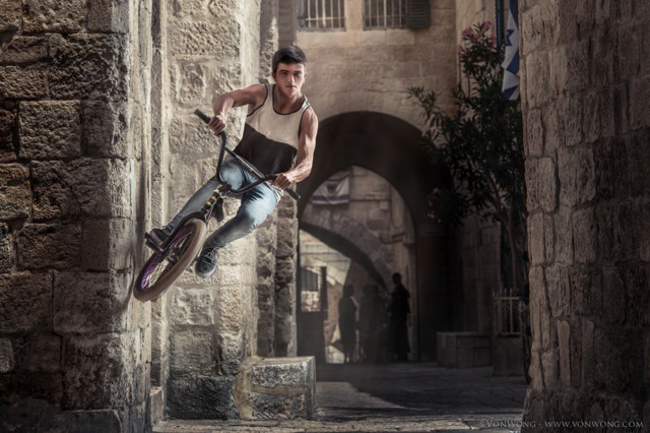 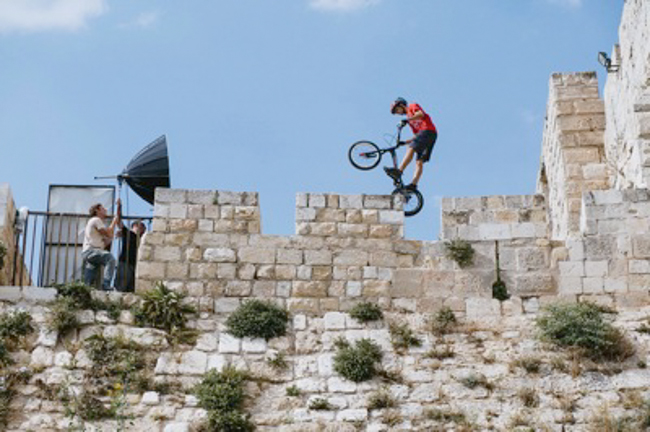 Von Wong kept this shoot simple and utilized two broncolor strobe set ups for all the lighting. Since he was in direct sun for most of this shoot, he needed to use the strobes at full strength and wanting to freeze the athletes in motion, he used a high shutter speed. To achieve this, he used the Pocketwizard TT5’s hypersync feature which allowed him to use the strobes at full strength and sync his camera and flash with shutter speeds up to 1/2000 of a second.

Von Wong continued to have syncing issues and had to resort to shooting at large apertures and syncing his camera and strobes to 1/250th of a second. This creates a similar effect as the hypersync does, but with fast moving objects, a slower shutter speed may not be able to freeze a moving object. From the look of the images, Von Wong still nailed it. 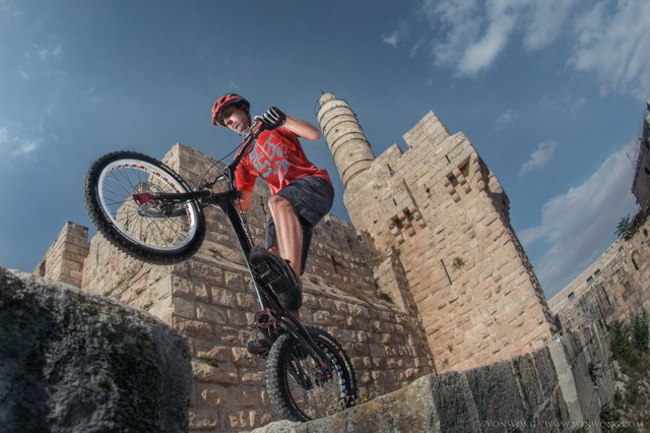 This shoot by Von Wong was one of the best examples I’ve seen in a while of mixing flash and ambient light to freeze athletes in motion. The images are stellar and like all of Von Wong’s projects, he had a great team helping him out, which is always the key to a successful photo shoot.