SLR Lounge > Photography News > News & Insight > Where Photographers Are Vs. Where The Money Is 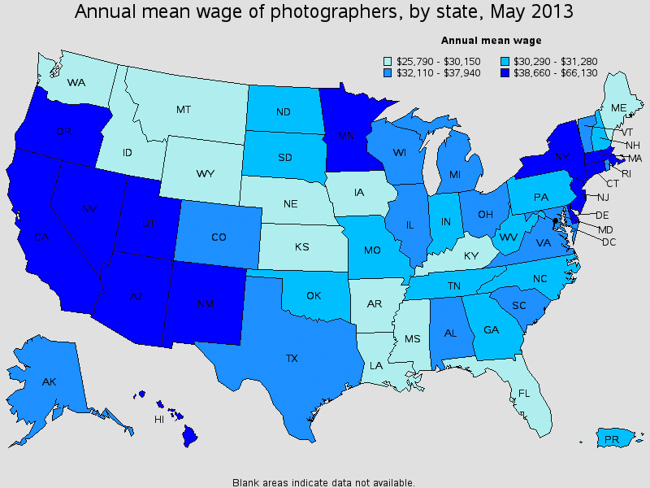 I don’t think, but I could be wrong, that the majority of photographers who work in the field to earn their bacon and shelter got into it for the Scrooge McDuck mounds of money associated with it. If you’re a working pro, you’ll know that what I’ve just said was done so with utter sarcasm – because as far as professions go, this is not one that will typically make you very affluent. You may be granted access to walk through some opulent doors, but for the most part, you’ll just be visiting, to shoot.

If you want an analytical look at the number of photographers in this country, and how they’re earning, you needn’t look further than with the Bureau of Labor Statistics who released hard numbers, and geographical breakdowns of where your location stands in terms of national earning power for photographers, where they live, and how much your neighbors are making.

Where You Are vs Where The Money Is

It seems that if you’re an East coast photographer, you’re letting the pennies from heaven rain elsewhere, as it seems the West Coast is where the photographers are that make the most. This could be indicative of many things, but the statistics are interesting to consider seeing as though it’s an overwhelming tip to the West Coast’s side of the scale. 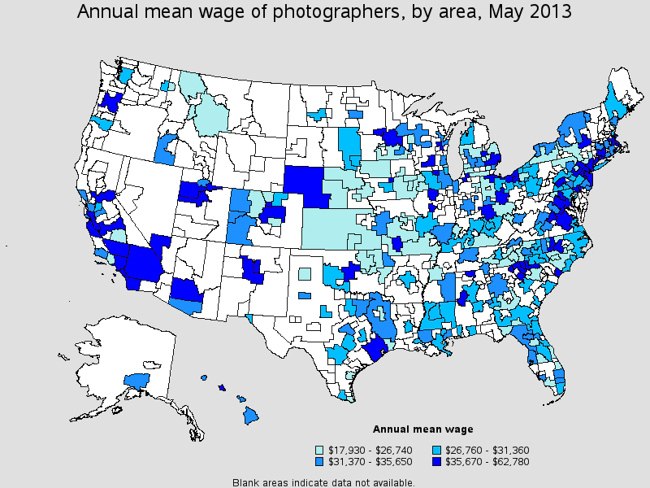 This becomes all the more interesting once you consider the geographical density spread of where photographers can be found. In the map below, you can see where and how sparsely photographers are living via state. 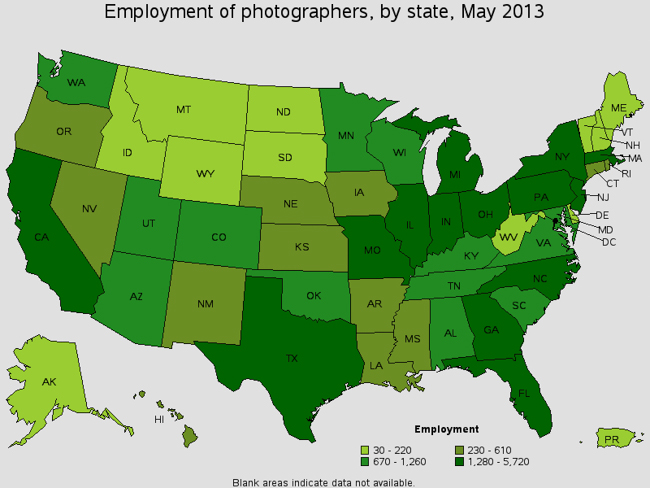 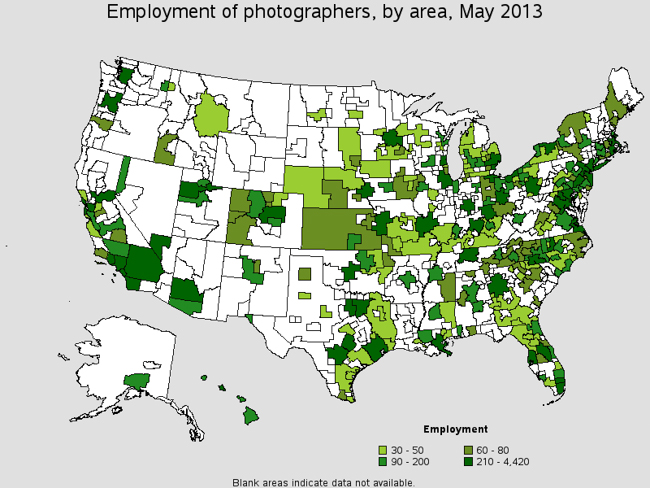 With an estimated 54,830 photographers currently employed (self-employed not included – to what degree I’m not sure), the states most full of photographers are California, Florida, and New York, though no city in Florida, not even Miami, makes it into the top 3 metro areas.

You can get a further idea by looking at the location quotient of photographers which measures concentration of them against the national average. The highest concentration of photography jobs are in Hawaii, Rhode Island, and Florida – with Florida being the sole state to take a spot on both this list and state with most overall. 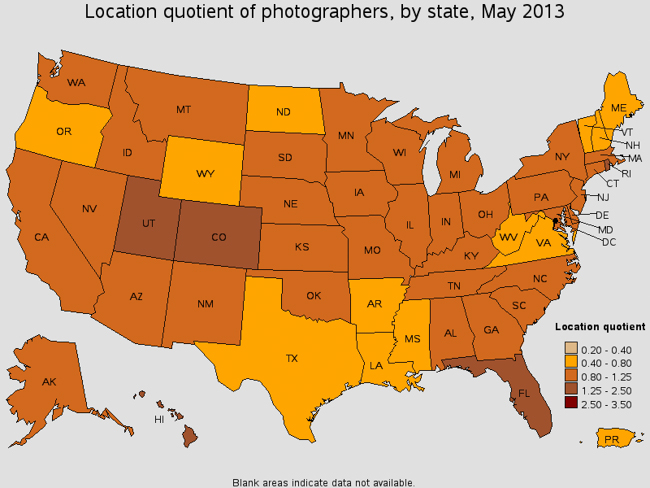 [REWIND: The Road Ahead – The Future Of Our Gear & Industry]

There’s a lot to be deduced and debated on with the information given, and you can find further break downs like which industry employs the most photographers and hourly wage mean, over at the bureau’s site. Should this information discourage or fuel you, I guess depends on your general disposition, but it’s always good to know what the stats are – they don’t lie, even if it’s just part truths.

Yongnuo 35mm F/2 Coming Soon, and It's Not an Exact Canon Clone