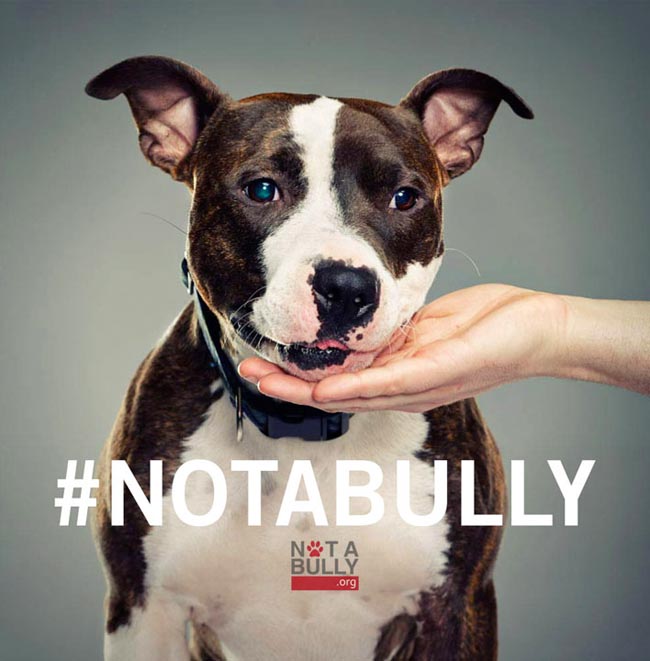 Being an owner of a puppy who is considered one of the “bully breeds” and another dog that looks big and intimidating, but is not, I am well aware of the stereotypes surrounding certain breeds of dogs. From boxers to little Boston terriers to dogs like the Staffordshire bull terrier, American Staffordshire terrier and American pit bull terrier who have reputations of being dangerous and aggressive, there are a surprising variety of dogs that fall under the “bully breed” category.

Bully breeds can be traced back to ancient Greece, to the Molossers – big dogs with large bones and muscles, pendant ears and short muzzles. The bully breeds were bred to the Molossers to create dogs that protect livestock and property until the 19th century in England, when these dogs were used for blood sports such as bull baiting. When that was outlawed around beginning of the 20th century, more and more immigrants began bringing the bully breeds to the states where they were used for various jobs and even served in the military as war dogs. By the 1950’s, pit bulls and other “bully breeds” were very popular household dogs. The bias shifted in the 1980’s when gangs began using pit bulls for protection or status symbols and now it seems like every other day, the media reports about a pit bull or other bully breed attacking/mauling someone. 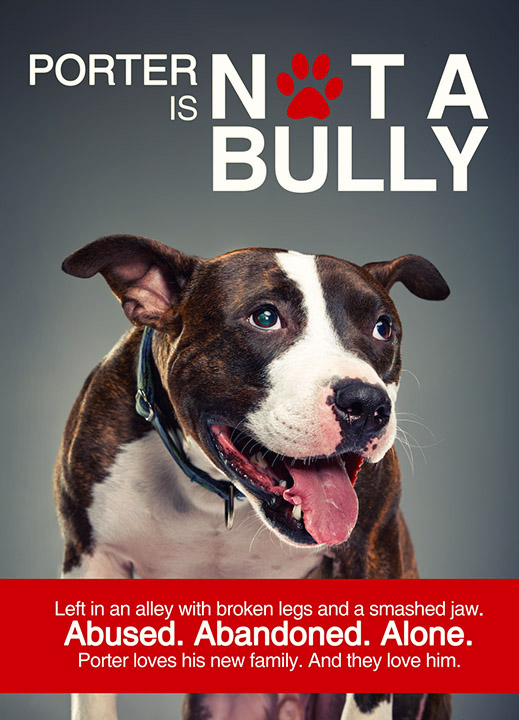 Owners of bully breeds can attest that these stereotypes are unfair for these dogs that are sweet, trainable and very loyal. Photographer Douglas Sonders is seeking to challenge society’s misconception of “dangerous” pit bulls (and other bully breeds). He hopes to shine a light on this misunderstood breed. Sonders, a New York based commercial photographer has launched the Not a Bully campaign to start a movement of positive thought towards pitbulls.

The goal of Not A Bully is to serve as a positive PR campaign to share that despite what some bad humans have done to these dogs, they are inherently sweet and very trainable. A perfect example is the fact that most of Michael Vick’s former fighting dogs were placed in the homes of families after some rehab and positive training. 100’s of thousands of these dogs are put to sleep in the US alone every year and breed specific legislation even bans them from entire parts of the country, which essentially serves as a death sentence for many dogs in those areas.

Since the launch of the project, Sonders has garnered national attention from National Geographic Wild, who featured him and his pitbull, Emma in the special in the video below called, “Love My Pitbull,” and even support from famed Dog Whisperer himself, Cesar Millan. What started off as a photo project, has expanded to videos and inspirtational articles about pitbulls that have faced abuse, trained as fighting dogs or bait dogs, but have made positive impacts on their communities.

Using a Phase One IQ280 and Profoto lighting, Sonders photographs these “bullies” and shares their stories hoping to educate the public about these loving dogs. His dog, Emma was rescued from a high kill shelter and was in foster care for 9 months due to her appearance – a black pit mix. “She is naturally gentle, great with kids and other dogs, and an excellent running partner. Aside from her love to sneak onto my bed when I’m away, she’s perfectly behaved.”

To see more portraits and read more stories about these sweet pups and others, check out their website, Not A Bully. To see Douglas Sonders’ commercial work, check out his website.

CREDITS: Photographs by Douglas Sonders have been used with permission for SLR Lounge. Do not copy, modify or re-post this article or images without express permission from SLR Lounge and the artist.

Golden Hour By Exposure | The Elegant, Free App To Alert You To 'Golden Hour'