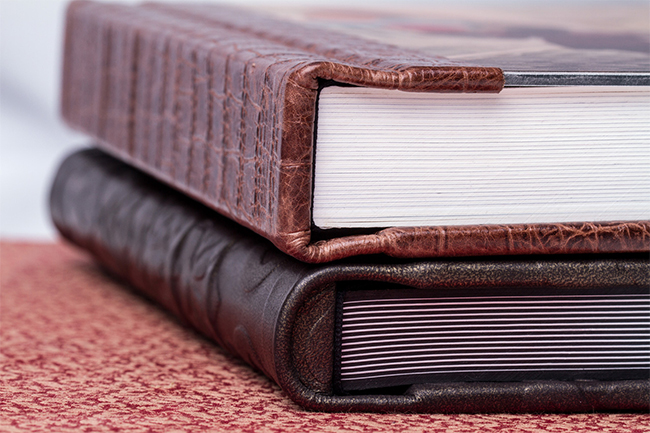 Most of you are familiar with the story of the photographer who was thrust into the media spotlight for trying to collect an amount of additional money from her clients by charging separately for the cover of a wedding album which was not included with the rest of the album in the package. In order for them to get the album, they needed to pay an additional fee of $125-150 for the cover.

The photographer, Andrea Polito’s, defense was that it was in her contract, so technically, she was not being deceptive. While I am not a lawyer, I believe you should not just put whatever ludicrous off the wall clause you want in a contract. It needs to be reasonable, like not having to pay for an album cover, when the pages are included in the package price. The bride in this case clearly and quite strongly felt the same way, and she made it known to the world. She went to some extreme lengths to make her point; creating fake profiles, making some rounds in the press circuit, and the story went viral. It got to the point that it seemed she was vindictive with her sole mission to take Andrea down. 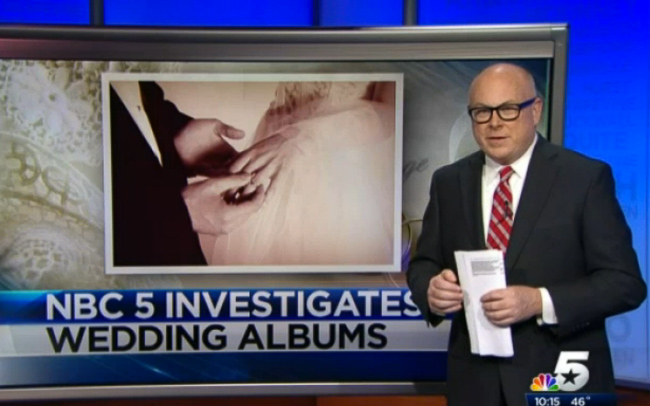 The bride “crying foul” caught fire like a dry brush prairie after a mid-summer lightning strike. How, does the adage go, “No such thing as bad press?” Well, for Hollywood celebrities that might ring true, but for small businesses, we don’t get the same fair shake of that saying. The photographer is now suing for up to $1 million in a defamation suit against the couple (the suit lists $200k – $1 million).

Many photographers are 100% on the side of Andrea Polito. I am, however, not in that same camp. I can understand why photographers automatically will side with Andrea. There is a certain comradery amongst us; we all know what it is like to have an unreasonable client make outrageously asinine demands and threaten similar actions if we don’t comply. So, we have the potential to live vicariously through this photographer and her trying to “stick it” to one of these such clients. I understand that I am very much in the minority on this one, as even many of the SLRL staff also sides with the photographer.

[To get some details on the lawsuit itself]

My Thoughts On The Situation

1. Again, I am not a lawyer. However, I can tell you that defamation suits are one of the hardest to win. Simply because it is all speculation and speculation is just a fancy word for a step above an educated guess. It tends to go against the grain of the justice system, where facts and not guesses are what is required.

2. The photographer did, in fact, have the contract set up to show you got an album, but did not get the cover with it. Regardless of what the contract says, that is very sneaky. It would be like buying tires but then having to pay the mechanic a fee for driving on them. While the bride did go to the absolute extreme of it, I can understand her frustration, and if we take the photography profession out of the equation, I think many of you would agree.

3. A million bucks, really…I mean, really? During a discussion about this story, few of the SLRL staff made the argument that many full-time photographers clear $250,000 a year. Yes, some do, but I think that number is fairly slim. Let’s look at this logically. Let’s say Andrea books 40 weddings a year at $4k final sale total (the job, prints, cd, whatever). That is $160k, and I’ll give her another $3,333.00 a month in additional paying jobs. Now she’s clearing $200k a year, and I am being very, very generous. Andrea is asking for 5 years of lost work? C’mon, I think that is asking for the moon, over some bad press. The bride went to the media, and it went sideways quickly, as things tend to do.

4. Frankly, the bride is allowed to be mad. She is allowed to scream from the rooftops of how unhappy she is with the situation. We all have that right, she just happened to do a very good job of getting it noticed. To try and say that she ruined an entire business, and that is potentially worth a cool million, is jumping the shark a bit.

5. Some might say in a referral-based industry this sort of “take-down” approach can, in fact, ruin a business. I won’t deny that, but in a referral-based business model, people listen to whom they were referred by and will take that recommendation as gospel. I am willing to wager, that if someone you trusted gave a recommendation of a business, you would trust their opinion, over some bad press by a single (albeit very vocal), patron. Andrea’s business should be no different. If she did, in fact, have a strong referral base, this would only be a strong wind upon a giant’s shoulders and hardly be noticed. 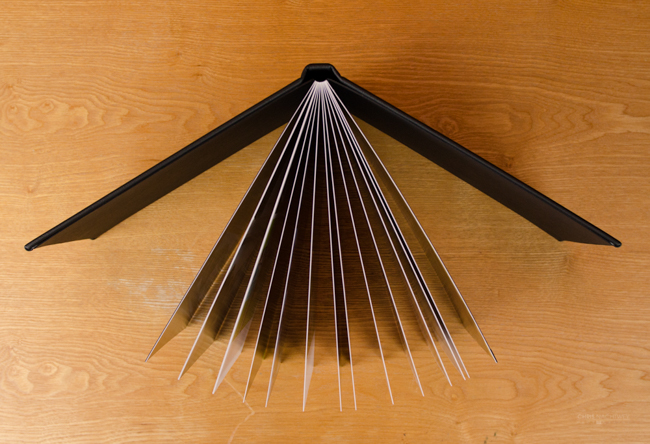 Something I Think The Photographer Is Overlooking

Here is the biggest and most important caveat of this entire debacle: How is this going to look for this photographer’s business? I can see the headline now: “Photographer sues wedding couple for $1 million dollars because they didn’t pay for an album cover, which didn’t come with the album.” That will go over really well. I can’t imagine it going any other way (I hope my seething sarcasm is well translated).

While the photographer may feel she is owed some sort of compensation for potentially some lost business and while everyone who is reading this might agree, we HAVE to look at the big picture. How will this be viewed by “outsiders” who are potential clients? Potential clients who don’t understand what some people try to get away with and how much it can hurt our livelihood? My guess is this will not only drive the final nail in the coffin, but bury that wooden box 6 feet under, backfill the dirt and lay the seeds for the grass. Just like we side with the photographer, brides will side with the bride. I can only believe that any of Andrea’s potential brides will surmise to themselves, “What if I have a problem, I won’t be able to complain, for fear of being sued for a million dollars?” My guess is they will take a very hard pass on even flirting with that conundrum.

In business, we rarely get to do anything to defend our side, we merely have to take the brunt of it, minimize it and move on. While, we would love to get some victory over the clients who do us wrong with malice intent, we have to think about the image we are portraying to future clients and ithe world. Going after one unhappy customer, regardless of what that looks like, will easily be viewed as vengeful and will give the impression that if a potential client was to be unhappy, they might suffer the same fate.

Creating a Logo and Placing It In Perspective | Phlearn