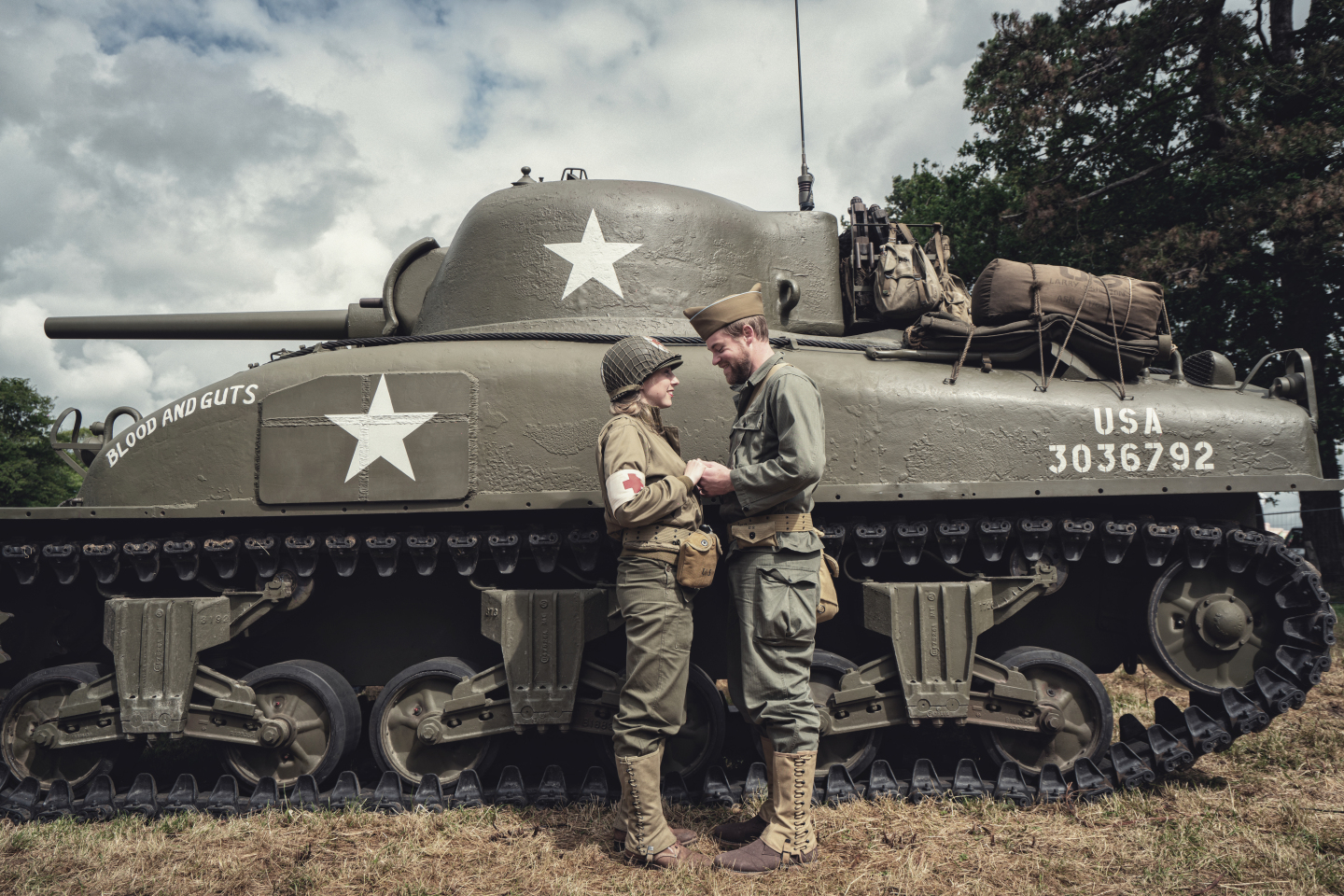 When describing photos, people tend to toss around the word “epic” with careless abandon. It happens often. There are rare occasions, however, when its use lives up to its promise. Recently, destination photographer Jackie Tran set out by plane and train from Adelaide to the Normandy coast to photograph a truly unique and historic engagement session. You might even say it’s epic.

Against a backdrop in which “one of the largest invasion forces ever assembled and fought in a conflict,” Tran spent the 75th anniversary of the D-Day invasion photographing an engagement session like no other. 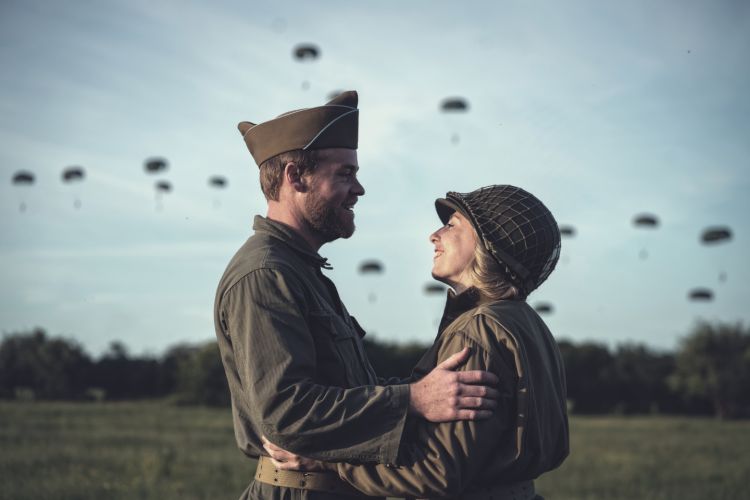 “Split over 3 separate short days of photography, we witnessed many once-in-a-lifetime events, such as over 1,000 paratroopers jumping from 17 C-130 Hercules transporters, to M4 Sherman tanks rolling past us in the mud, to vintage bands singing music in the town squares, entertaining visitors and military personnel from all around the world.”

Tran’s images beautifully blend vintage appeal and modern style, from the posing and composition to the filmic edits. 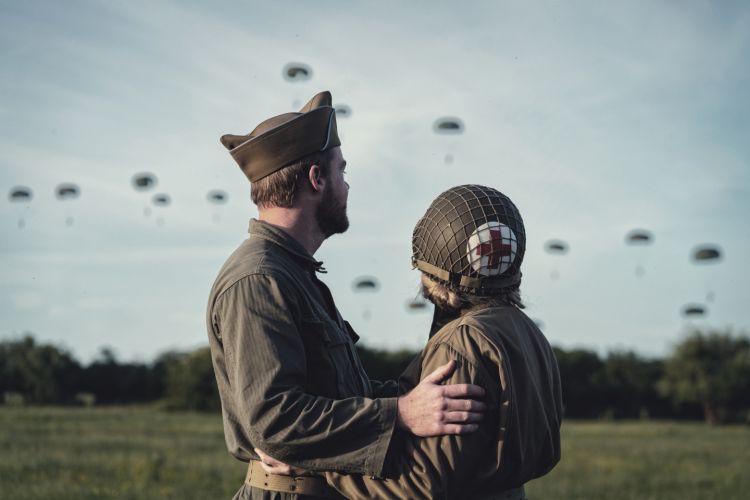 For any engagement session, it’s always a good idea to include elements that reflect the couple’s interests and personalities. This particular session fit perfectly with the couple as they travel to Normandy every year with family to participate in various military and civil ceremonies. These activities serve to retell stories from WWII and allow those in attendance to engage in what Tran refers to as “living history.” A self-proclaimed history buff, Tran found the events “fascinating,” noting that it was “surreal to step back in time and be a part of something that defined the 20th century and shaped modern Europe.”

Like history itself, the story doesn’t end here. Tran will travel to Southern England next year to photograph the couple’s wedding.

You can find more of Jackie Tran’s work via the links below: 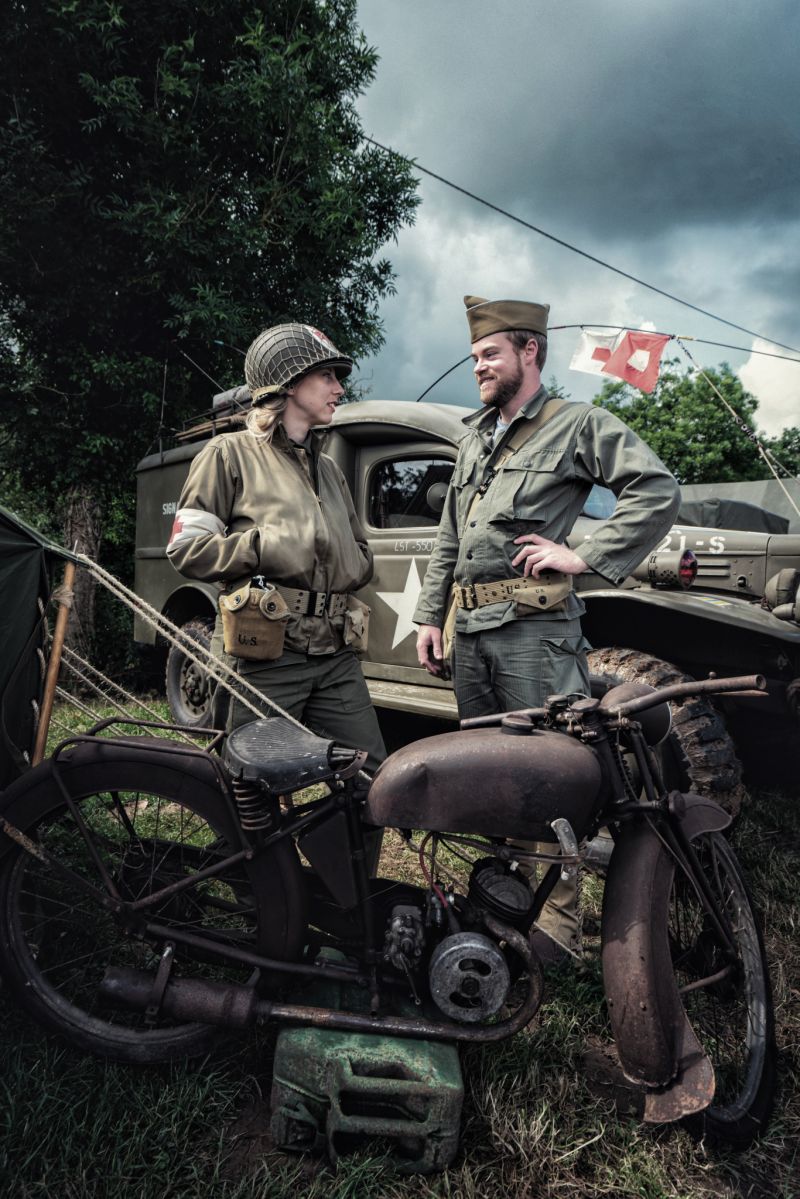 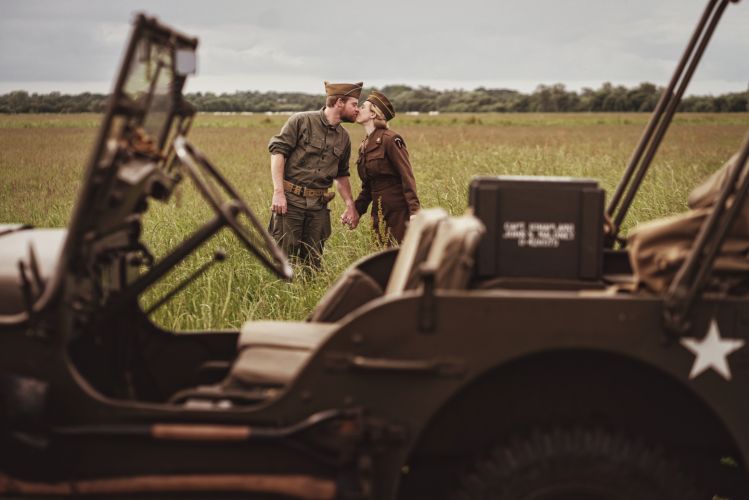 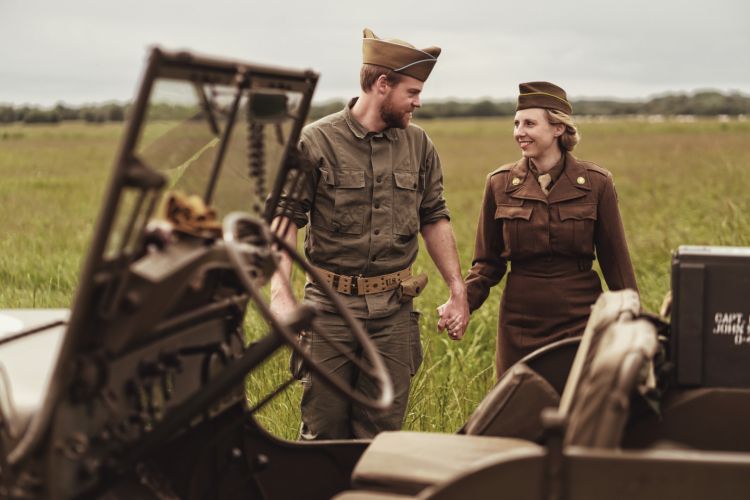 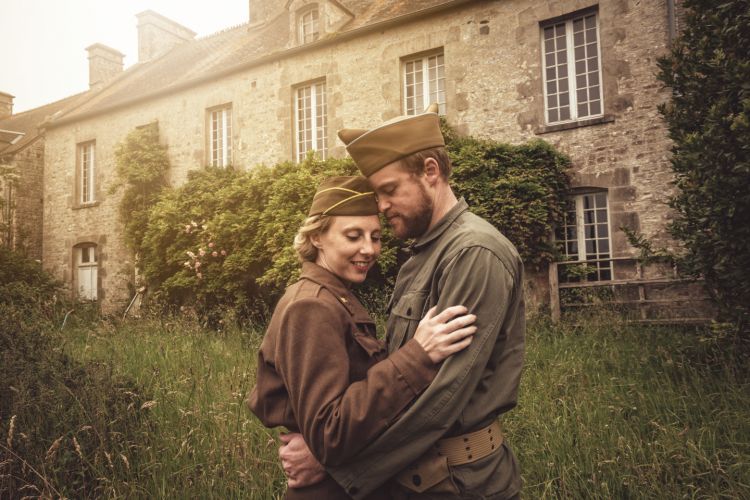 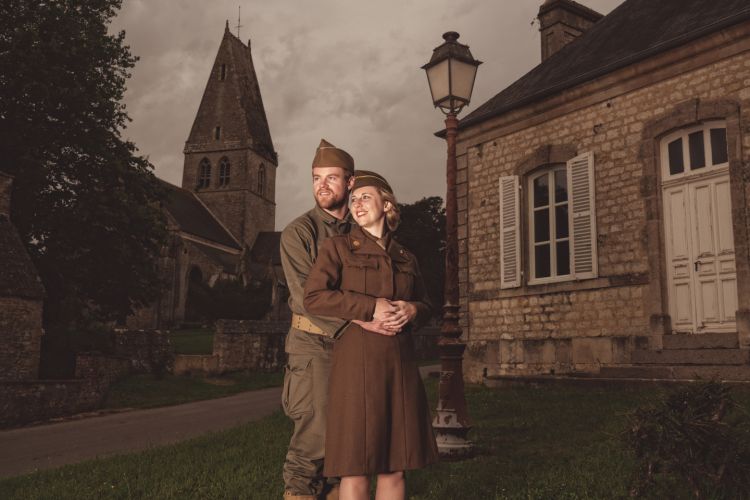 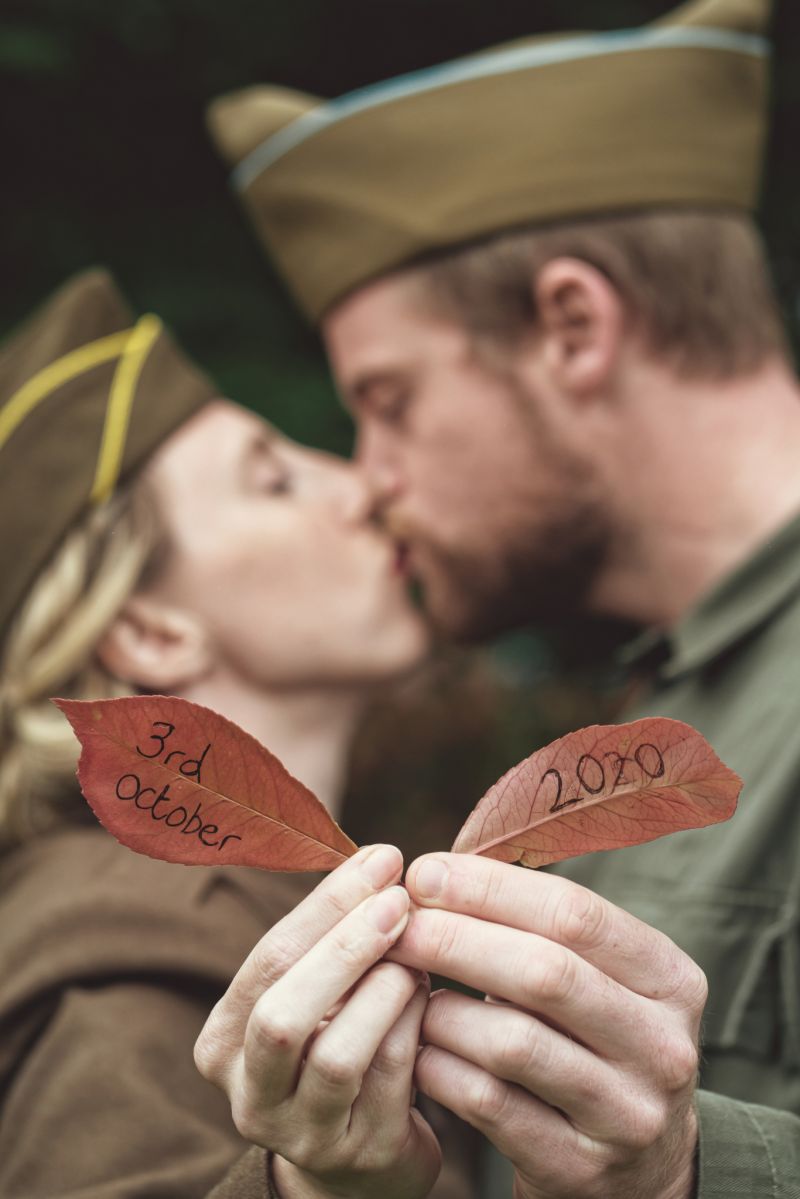 The images in this article were used with the artist’s permission.