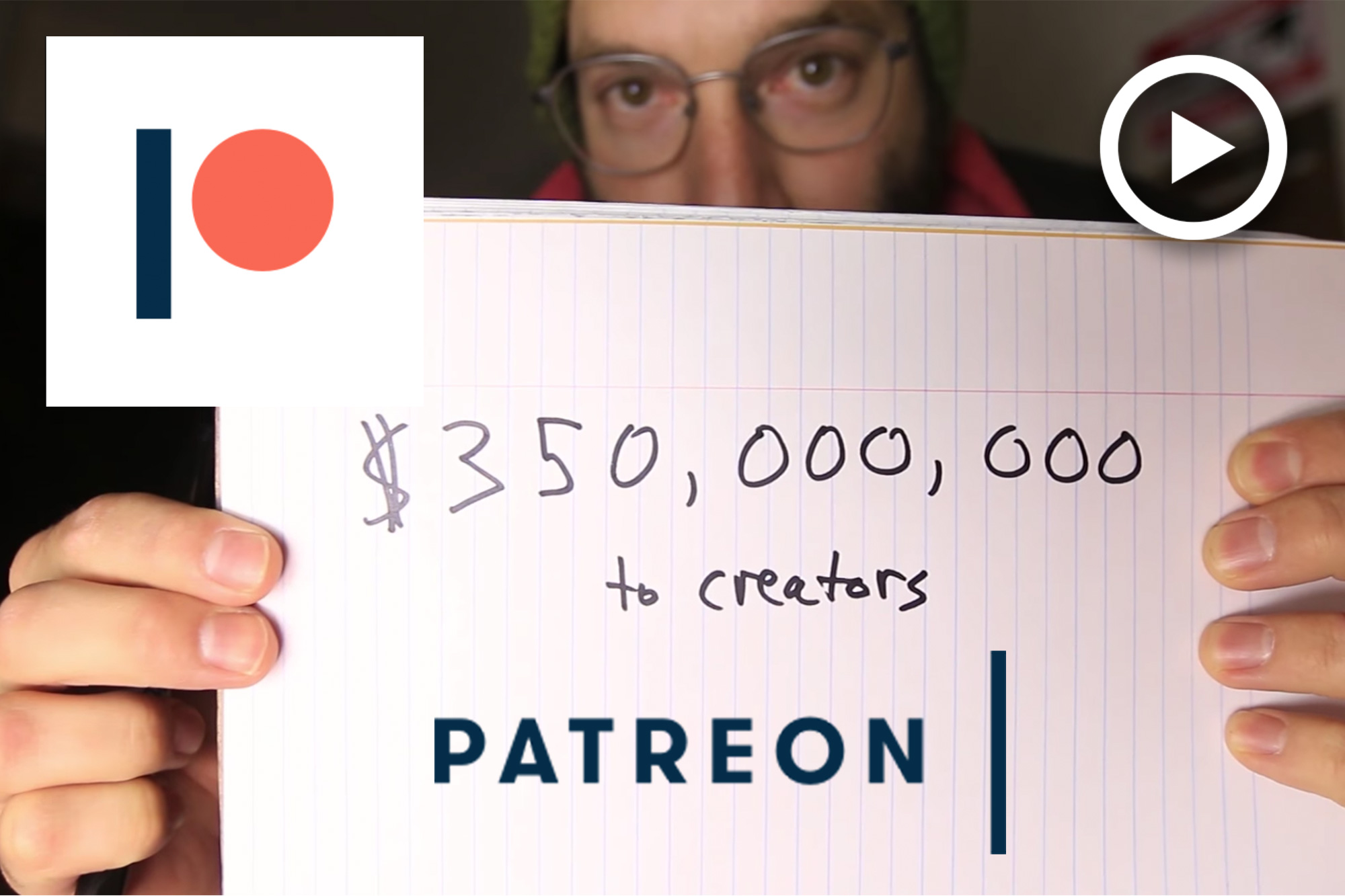 The ‘starving artist’ has been romanticized over the past few centuries to the point of often being depicted in literature and artworks, and even operas. The idea is that a creative lives on a farthing either because they care nothing for the rest of the world and business acumen be damned, or their income gets funneled right back into their work, and many artists take this vow of voluntary poverty and wear it like a badge of honor. But the fact is, your creative pursuits don’t need to fit into that punchline. You don’t have to be an artist and emaciated.

That’s generally the growing sentiment these days, and while that’s probably always been to the case to a degree, it’s likely never been more true given the internet has brought factors of production down to the masses, though it doesn’t always seem like it.

Helping to facilitate this has been Jack Conte, a founder and CEO of Patreon. For those of you unaware of what Patreon is, simply put it’s platform that allow creators to run a subscription content service. A creator of almost any type can put up content and patrons support the artists of choice financially, and typically with just a few dollars a month.

Patreon was initially founded and marketed to musicians, but has become a haven for educators of many types, comic artists, podcasters, writers, cosplayers, photographers and more, and the platform’s growth has been meteoric, a fact that was the catalyst for the creation of this video.

Conte speaks about the under-compensated creative status quo in relation to doctors and lawyers and typical pillars of education but feels optimistic that creatives can more easily make a living from creating now than ever, and the reason for his optimism is the growth stats of Patreon, which are as follows:

In the first 5 years Patreon creatives made over 350 million USD on the platform, and they’ll make 300 million just this year alone – which is double what they made last year. To Conte, this suggests the world is changing, and thus it’s easy to get excited over Patreon.

However, a quick look at the stats and development do dull the shine just a little. For one, from the data I’ve seen here, of the top 100 users (with more than 4000 patrons each) the most money being made is $100k a month, and as low as $5,000, with the majority being much closer to the latter figure. While $5,000 is nothing to scoff at, keep in mind this is still in the top 100 (or .002%) of Patreon users, so these figures are very much the exception and not the rule.

As alluded to above, the world is changing and we still believe the creative world is one of opportunity and that it’s easier to make a living now as an artist, however, the jury’s still out on whether something like Patreon is the answer to that as a photographer. Suffice to say, at the moment, we would still recommend utilizing some solid proven approaches.

However, it’s all very encouraging.