Path to Pro with AJ | Saying The ‘F’ Word Failure is the scary monster under the bed that keeps many of us from sticking our little pink toes on the floor and making tracks toward our own success.

How many things have you wanted to do that you didn’t out of a fear that you would fail? How many projects have you not attempted because you were afraid that you might not be able to finish, or that you would just be be horrible at it and embarrassed by the attempt? Have you wanted to do a 365 day photo challenge? Or get a photo you’ve taken in a publication. Or win a photocontest? But what if you fail? What if you can’t complete the challenge? What if the publisher rejects your submission? What if you don’t win? Some people get paralyzed by these questions.

To those of you wondering, “But what if I try and I FAIL…?”
I say, “Don’t Worry!” Because I have excellent news for you…

Unless you’re a Federal bank, you’re not too big to fail and you probably will.
But that’s okay. In fact, it’s more than okay: it’s a necessity. Here’s why: if you can fail early and fail often you may start to realize that failure is not the worst thing that could happen. Far from it: the worst that could happen is for you not to begin.

A much more productive question to ask is not, “What if I fail?” but “What if I don’t start?”

We spend a lot of time and energy playing it safe. We also waste a lot of opportunity doing so. Not risking failure, saying ‘no’ to an opportunity that seems risky, seems like the ‘safe’ route. In fact, nothing could be more dangerous. To avoid the risk of failure is to leave a growth opportunity on the table. You have far more to lose by not attempting than you do by starting and failing. Not to risk is the biggest risk of all.

Walk around in shoes a little too big for you.

If you are looking for a way to grow as a pro, here’s a strategy: try something a little out of your reach, something that feels just a little too big for you to take on. The possibility of failure is the hallmark of a project that will allow you some room to grow. Metaphorically speaking, The only way to fill bigger shoes is to walk around in a pair that don’t quite fit you yet… (and risk falling flat on your face.)

Be open to taking some ‘beautiful detours’.

As the brilliant comedienne Tina Fey wrote, “In improv, there are no mistakes, only beautiful detours…” The number #1 rule of improv is this: just say ‘YES’. This is a wonderful philosophy to take into life. Might be reason enough to take an improv class, for professional development.

The point is: even if you do fail to reach a preconceived goal you may reach a destination that is rewarding, but in a totally different way than you expected. Sometimes finishing the original goal you set out on isn’t the final pay off of the attempted journey. You may need to begin to ascend the mountain to see an alternate path that you really should be on. But you never would have found the path if you hadn’t begun the original ascent. As Les Brown famously said, in one of my favorite quotes, “Aim for the moon and even if you don’t succeed, you will fall amongst the stars.”

We often fear that we will be ‘exposed’ as frauds or amateurs if we attempt something and do not succeed. However, the opposite is true: failure is what defines the real players from the pretenders, not the other way around. The point of the game is not to ‘succeed’, it’s to get in there and PLAY–be part of it! Participate. And to that little voice that asks the question: “But what if you fail?” Remember that if you get in the ring and fall on your face, failure isn’t really ‘failure’, it’s the battle scar of being in the arena and the validation of your right to be there. As Michael Jordan once said (at least I think it was M.J.) “If you’re not fouling out you’re not playing hard enough.”

There you go. Now, get out there and shoot something that scares you.
Sign in to the comments to let me know what you do!

If you’re having trouble finding something that scares you. Here are some ideas:
1. Find a project online that made you say, “How did they do that?” And then try to replicate it.
2. Find a 365 day challenge that inspires you and do one yourself.
3. Or sign up for this: Project 52 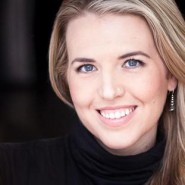 AJ Coots is a headshot and commercial photographer based in Portland, Oregon. (www.ajc-photography.com) In addition to being a regular contributor to SLR Lounge, AJ has been seen on CreativeLIVE.com and Kevin Kubota's Photographer's Ignite. When she's not awkwardly composing her bio in the third person, she teaches photography + lighting workshops and speaks publicly (and privately) to emerging photographers about the business of being a creative entrepreneur.