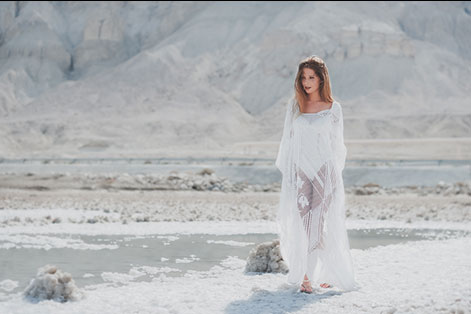 In Part I of our Portrait and Image Editing Tutorial, we discussed how we can apply a bright, slightly-faded, cool toned look using the SLR Lounge Lightroom 4 Preset System on one of Benjamin Von Wong’s Dead Sea Photoshoot images. Then we took the image over to Photoshop in Part II of our tutorial for some additional retouching and refining using tools such as Liquify and stamp tools.

Now for the final leg of our retouching series, we go back to Lightroom 4 to polish off the image with our Standard Color SOFT PORTRAIT Preset and with a Graduated Filter to blur the environment around her in order to emphasize the ethereal look that we are looking for. As a quick bonus, we also created a black and white variation of the image.

For those that don’t want to watch the video, here is the entire tutorial transcribed into written form below.

Step 1. Standard Color Soft Portrait Preset Look
So what I’m looking for with this image is a soft portrait look that smooths out the base tones.

Begin by lowering both the Highlights and Whites to -30 each, and also by increasing the Shadows and Blacks to +10 each. After that, let’s lower both the Clarity and the Vibrance by -10 to further soften the model’s skin. 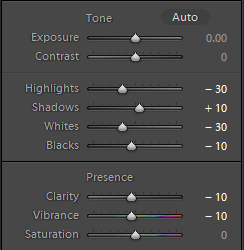 We also want to add a gentle S-curve on the RGB Tone Curve to bring back a little bit of the contrast as well, since lowering the highlights and increasing the shadows can flatten the contrast a bit. 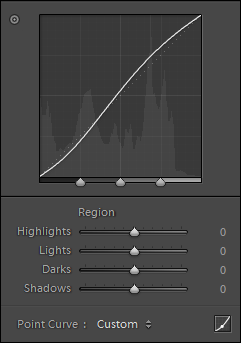 You can already tell that by doing this set of adjustments, the image is really starting to get a very cohesive ethereal look.

You can also get a brightening edge effect around the borders of the photo by adding +30 Lens Vignetting Amount. I like how it looks in this image, but this is step is optional. 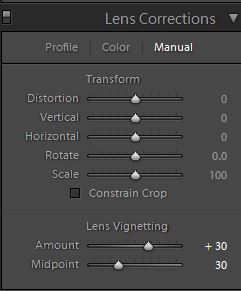 Step2. Dreamy Effect from the Heavy Desharperning Graduated Filter Preset
The last step for this image is to use the Graduated Filter in order to add a dreamy effect to the environment. First, let’s set the Sharpness to -100. By using the Graduated Filter, we can blur the sides of the image and let it taper off towards her. It is a really nice and effective look for her and the Dead Sea environment because it gives that feeling like you’re dreaming about a woman walking around in a desert-like environment.

That’s about all I want to do with retouching with the image, and this is the end result: 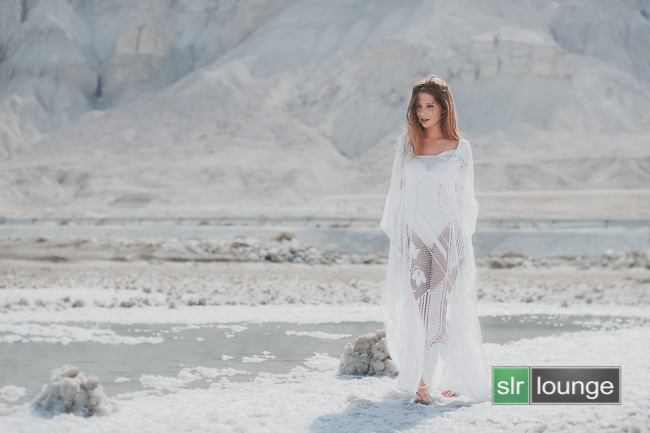 Another good variation to this image is to turn it black and white in Lightroom 4. First, make a virtual copy of this finished image by hitting CTRL+’ (WIN) or CMD+’ (MAC). You can then hit V to flip the image to black and white. Since tonality and contrast are important to a black and white image, we can accentuate those two features by adding +20 on Contrast and +10 on Exposure. 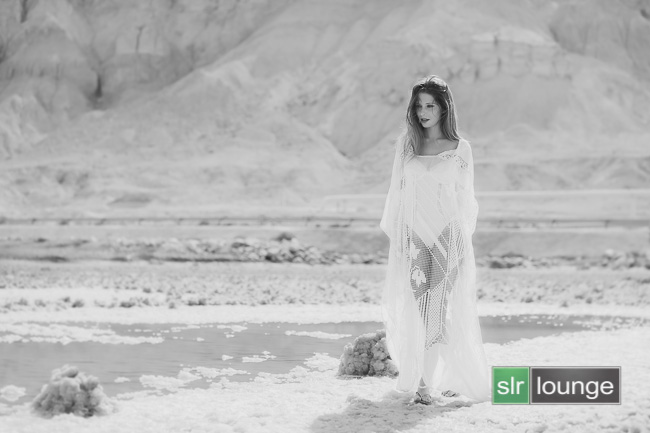 Alright, that’s it! So hopefully you guys enjoy this photographic journey with us and I want to thank Benjamin Von Wong for providing us with the RAW file for this image to work on. Until the next video!

Be sure to check out more of Benjamin Von Wong’s work at his website: VonWong.com

How to Create a Print-Sized Export Preset in Lightroom 4

How to Get Your Photography Published and Featured on Blogs