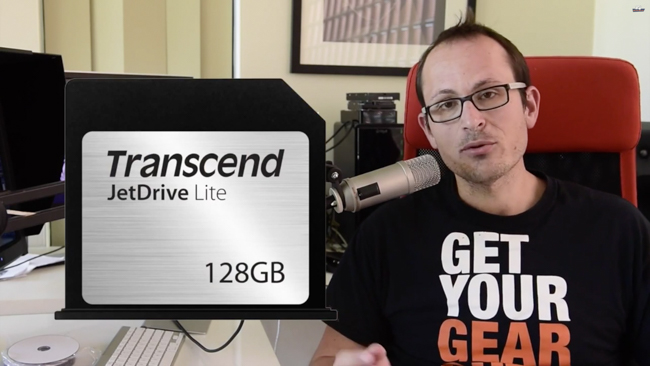 It’s somewhat amusing that in the video you’re about to watch, Matt Granger uses the phrase ‘fear of God,” because I’ve used precisely the same in regards to exactly the same subject. Digital storage is the bane of my modern photography existence, and it is for a lot of others. The mere fact that it’s never a matter of ‘IF’ your hard drives will fail, but ‘when’, makes it somewhat stressful. And it really is a matter of ‘when.’ I’ve been fortunate enough to have certain drives last eons without fail or a minute of bad behavior, and then others, like a MacBook HD fail in the first month. These sorts of stories are all too common. So, what is to be done?

In 12 minutes, Matt Granger does a pretty good job at addressing the basics of digital storage, but I’ll mention now that for those of you more advanced techies with RAID system upon RAID system (though we know RAID systems aren’t perfect and do fail), this video is more a broad approach for new inductees.

[REWIND: A Database Built To Help You Find The Best Memory Card For Your Camera]

Matt goes through various options of digital storage, their relative costs, pros and cons, and his own system within the studio and on the road, in hopes of steering you in the right direction for your particular needs.

Storage is one of those things that really preys on the mind. If you’re like me, a worry wart, you’ll want to have the best and everything at your disposal – redundancy upon redundancy. But you needn’t be that way. The concern is really, that with the mountains of data being recorded, how do we future proof our system?

I would say, you can’t, well not past a certain point. The rate of data being recorded has created a massive push for the development of storage platforms – I mean, you can now get a 512GB memory card – and those formats will change. I do believe that the rate of improvement for storage is increasing with far more pace than even our media is being recorded. But again, that will probably just lean towards more media being recorded and media types that use more data.

I think the next move for the masses will be to realize this and shift towards software that helps with organization, and automate it as much as possible. Even as it stands today, organization is key to making your back-up systems useful, but it’s often tedious, and difficult to change once you have a system implemented without throwing everything out of whack.

That all said, getting a better grip of storage, and a better handle on your own is an absolute must.

After Almost 3 Years in Development, Polaroid's Socialmatic To Start Shipping In January