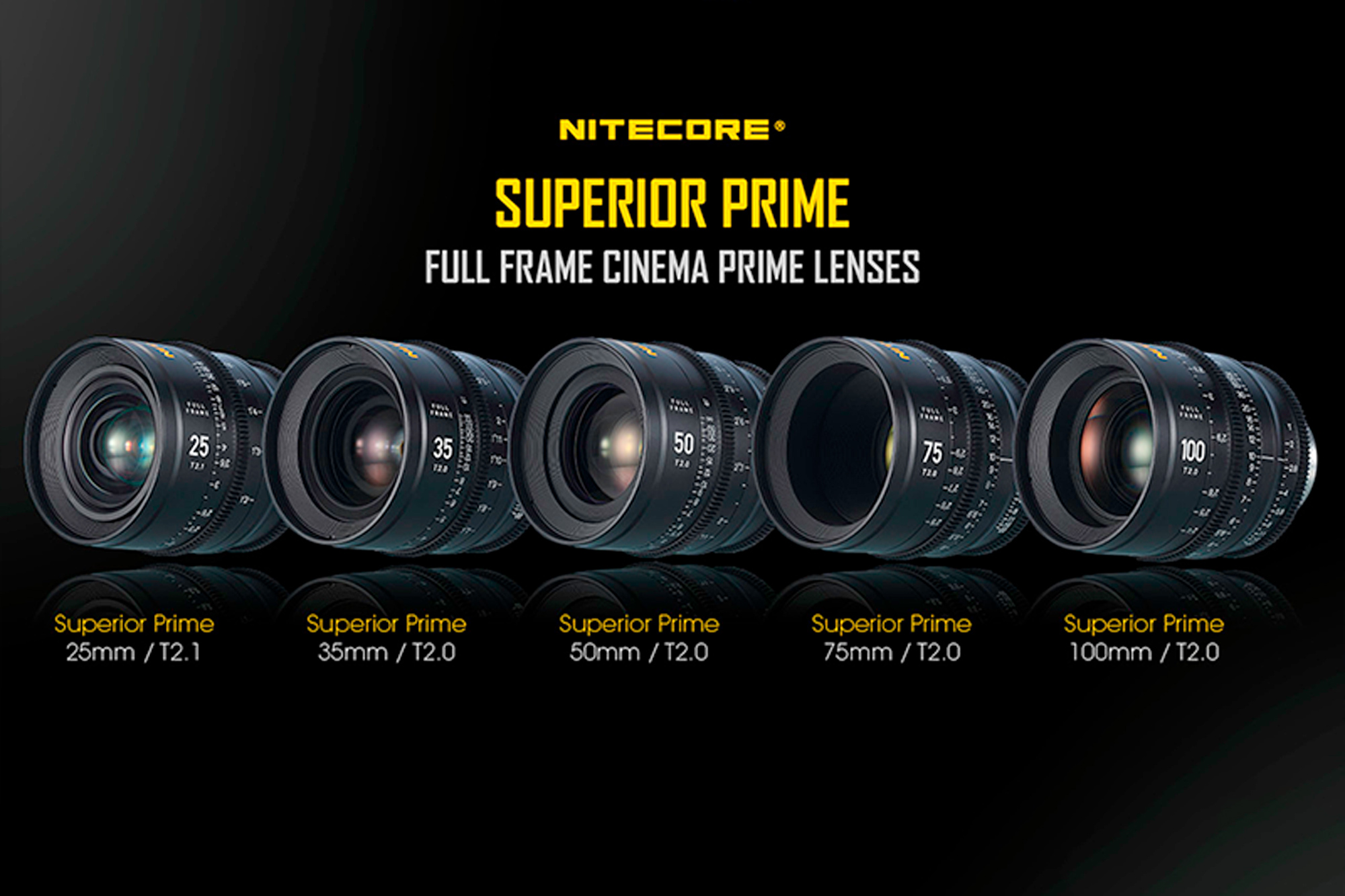 There isn’t a whole lot of information about these lenses available yet but they appear to be being made to mount with PL, Canon EF, and Sony E mounts. We’re still waiting on pricing and availability information to be released, so we’ll be sure to update this post once that’s available. In the meantime, it’s also worth noting that the specs for these lenses appear to be practically identical to the NiSI Cinema Lenses that were released in April of 2018, and like the folks at DPreview have said, “it’s possible these ‘new’ lenses from Nitecore are little more than white-label lenses from the same manufacturer of NiSi’s lenses.” Seeing as how the NiSI lenses are currently listed as unavailable on most retailer sites in the US, it’s entirely possible this will be a rebranding to get the lenses out to market. 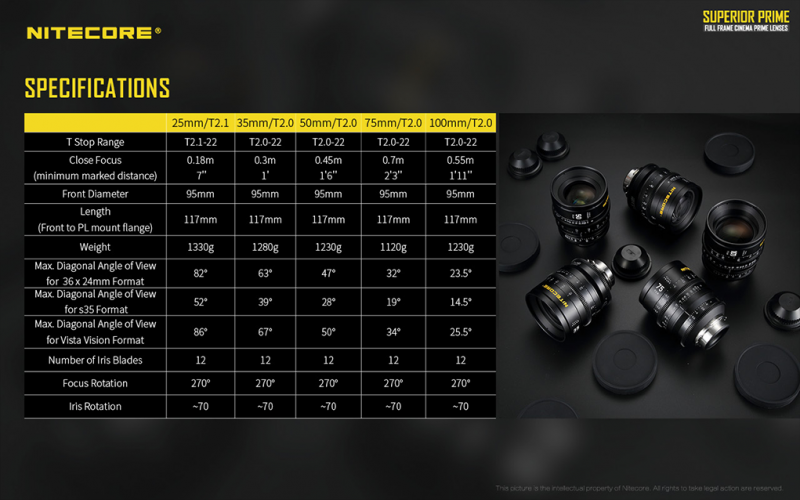 The S46.5mm format sensors of the NITECORE SP Lenses create more possibilities for the filmmakers and cover the full frame format which is fully compatible with ARRI Alexa LF, Red Monstro VV, Panavision DXL2, SONY Venice, Canon C700 FF and other film cameras to be released in the future.

The apochromatic optical design provides outstanding performance in terms of ratio and axial dispersion. It achieves a natural and pure color rendering capability with the purple/green fringing hardly seen either within focus or in bokeh.

The NITECORE SP Lenses are designed with a unique optical coating which ideally controls dispersion while retaining plentiful details to create low contrast and a stylized flare. The SP 75mm lens is specially optimized on the skin details in a portrait.

The NITECORE SP Lenses also have a high flexibility to be equipped with interchangeable PL, Canon EF and Sony E mounts for the needs of different camera users. The PL mount is included in the original package.

Original or rebranded, either way, what do you think about these lenses? Could they simply be a rebranding of the NiSI? Any guesses on pricing once they hit the market? Would you like to see them tested and reviewed? And i guess the bigger question, do you think this is the beginning of something bigger? As in, more companies entering into the camera & lens markets making the competition a little more interesting? Let us know in the comments below.