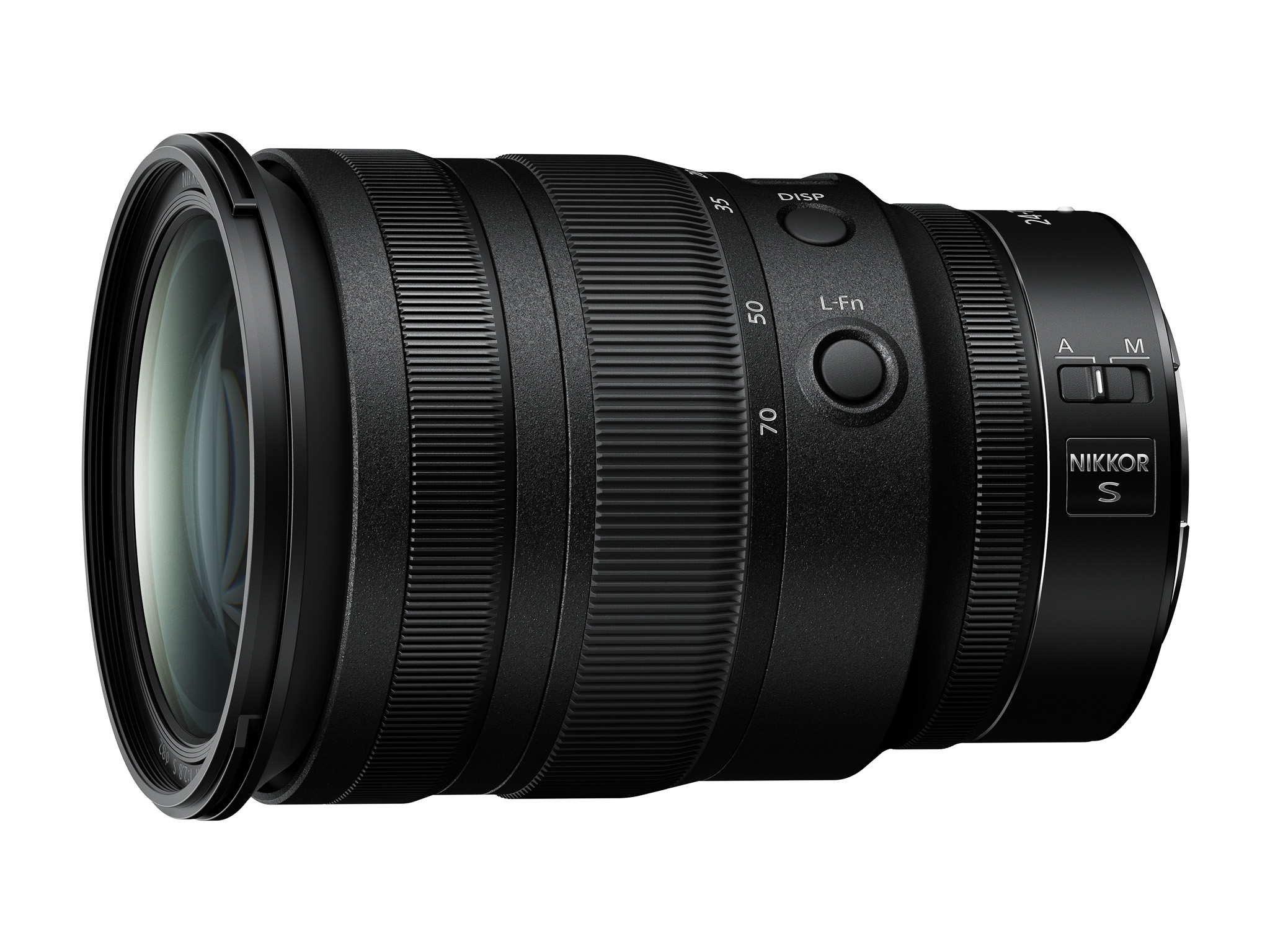 Nikon has announced another full-frame mirrorless lens, the Nikkor Z 24-70mm f/2.8 S. This is Nikon’s first professional flagship f/2.8 zoom available (natively) for its mirrorless Z-mount. It is the third professional series 24-70mm lens from Nikon; the previous two versions being well-respected lenses on Nikon’s F-mount for DSLR cameras.

Although it is not as lightweight as the ultra-light, collapsible Z 24-70mm f/4 S which was released at the time of the Nikon Z6 and Z7 release in August f 2018, it is significantly lighter and more compact than its DSLR sibling, the Nikkor 24-70mm f/2.8 E VR. 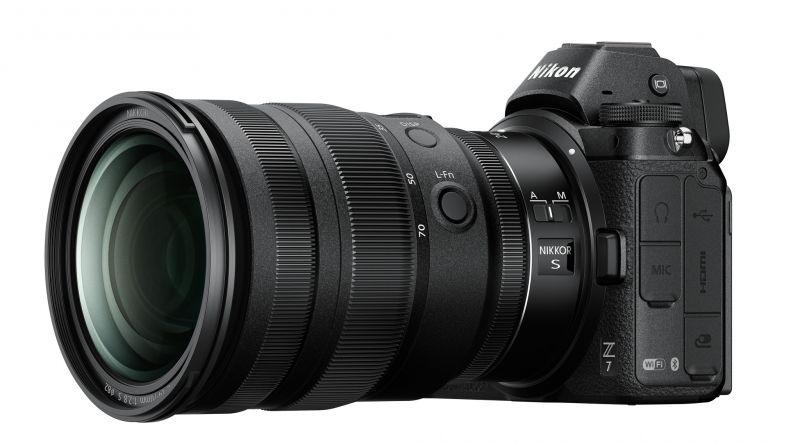 The Z 24-70mm f/2.8 S is an all-new optical formula, which means it greatly benefits from Nikon’s significantly larger Z mount, now the biggest-diameter mount of any full-frame (24x36mm) system.

We have not had the lens available for initial testing or review yet, however, if the MTF charts are any indication, it will be even sharper than its predecessors, especially in off-center, rule-of-thirds areas, as well as the extreme corners. Be sure to check back for an official lens review! 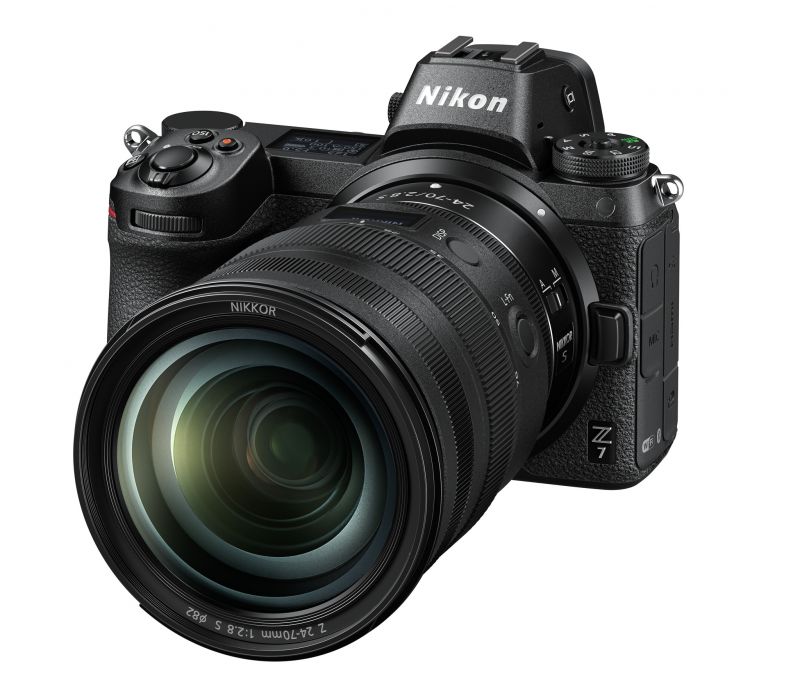 There’s no VR in this lens because indeed both the $1996 Nikon Z6 and $3396 Nikon Z7 have in-body 5-axis stabilization/vibration reduction. (I keep trying to get people to call it “IBVR”, but I think the acronym IBIS is here to stay.)

Note, however, that on Nikon’s official page, it lists stabilization as “Yes, 5-axis” specifically for this lens, which could imply that not just the Z6 and Z7, but ALL future Nikon Z-mount bodies, will have IBIS….I mean IBVR! 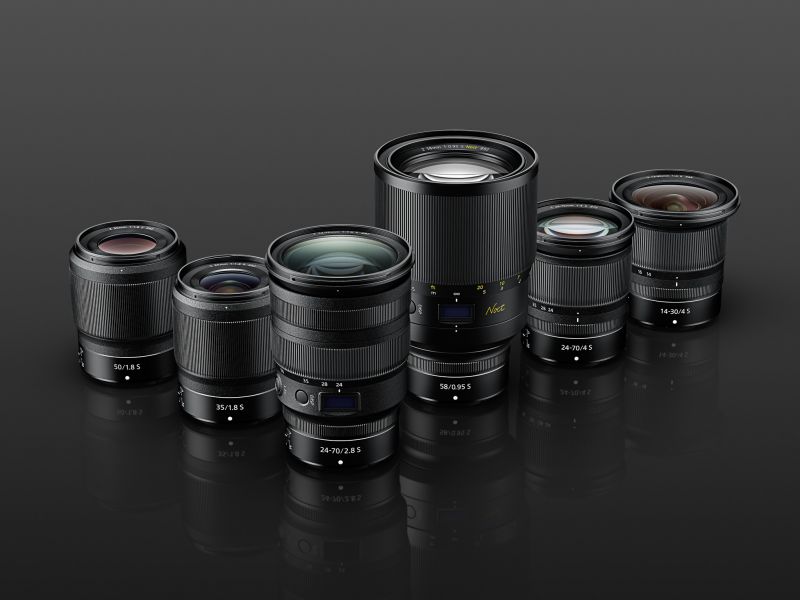 Of particular note is the fact that this is Nikon’s first lens to offer their Arneo coating, in addition to the existing Nano Crystal Coat. The lens also includes a new multi-focus system for silent operation and increased speed.  The press release is as follows:

…The NIKKOR Z 24-70mm f/2.8 S is the first NIKKOR lens to feature Nikon’s all-new ARNEO coating: a multi-layer coating that is used in conjunction with Nano Crystal Coating for superior anti-reflective performance. While Nano Crystal Coat suppresses ghosting and flare coming from backlight at diagonal angles, the ARNEO coat compensates for light entering the lens from vertical angles. This expanded field enables the lens to capture exceptional contrast and sharpness even when the light source is visible inside the frame. 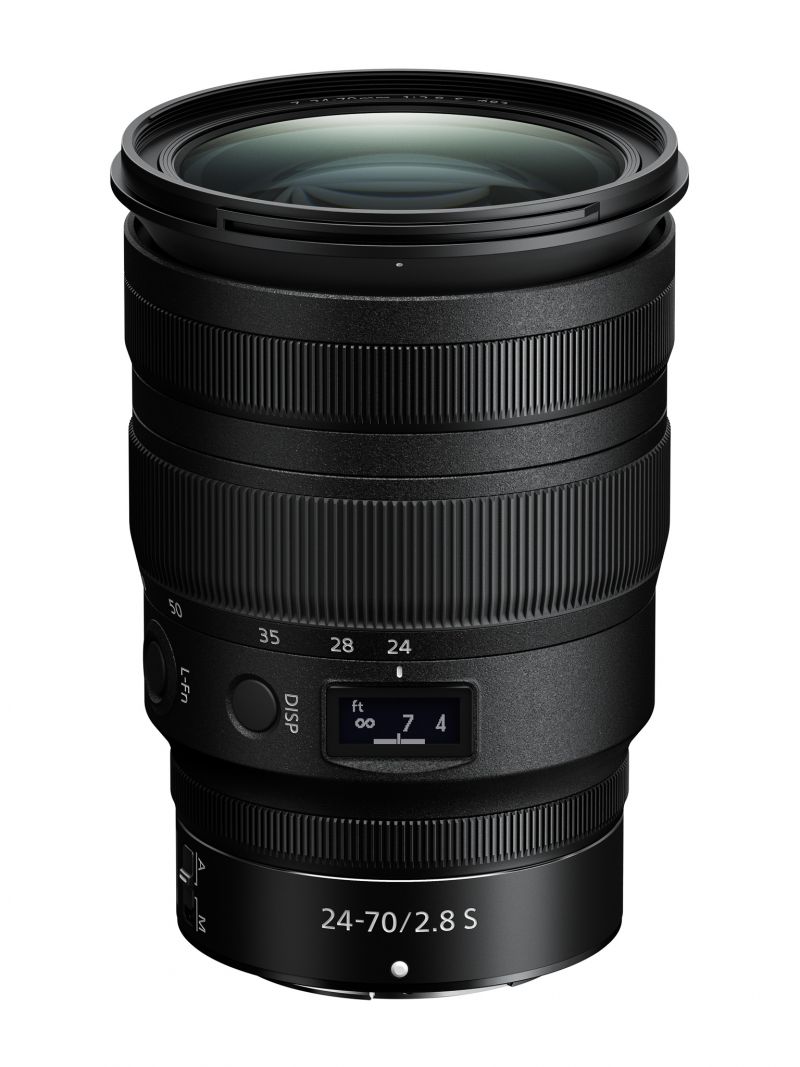 The Nikkor Z 24-70mm f/2.8 S also has some high-tech tricks up its sleeve, which again are likely only possible thanks to the new Z-mount, and its added electronic communications:

The lens features a display screen (organic EL) which can display information such as aperture, focal length, focus distance, and depth-of-field.

Also featured is an L-fn button on the lens barrel, which can be programmed to do one of more than 20 custom functions.

Lastly, there is a dedicated ring for additional control, (not just zoom or focus) to adjust a setting such as aperture or ISO.

In addition to this standard zoom lens, Nikon has also announced that a firmware update is coming for the Z6 and Z7 bodies. The official press release is as follows:

Nikon Inc. is pleased to announce additional details regarding the development of new firmware for its full-frame mirrorless cameras, the Nikon Z 7 and Nikon Z 6. The firmware in development includes new functions for the Z 7 and Z 6, such as Eye-Detection AF, RAW video output, and support for CFexpress memory cards. In addition, the cameras’ AF/AE functions will be further improved.

The Z series will continue to flexibly respond to changing user needs and offer next-generation features that give users new creative opportunities.

Functions and capabilities to be added and improved with new firmware:

1. Support for Eye-Detection AF for still image shooting
Scheduled for release in May 2019

Eye-Detection AF is convenient for portrait photography. The Eye-Detection AF in development will work not only with the AF-S (Single AF) focus mode that is convenient when photographing still human subjects, but also with the AF-C (Continuous AF) focus mode, which is effective when photographing human subjects that frequently adjust or change their pose. What’s more, the function is capable of detecting multiple eyes, from which the user can select the eye upon which the camera should focus, allowing the photographer greater flexibility when photographing multiple people to suit their intent.

2. Increased AF/AE performance
Scheduled for release in May 2019

AE (auto exposure) tracking will be newly possible in continuous high-speed (extended) mode, in addition to the AF tracking that existed previously. In addition, low-light AF performance will be improved, enabling faster autofocusing in dark or dimly lit surroundings with both still-image shooting and movie recording.

Output of 4K UHD and Full HD RAW data stream from the camera will be supported. The output RAW data stream can then be recorded in the compatible RAW format using an external recorder. This will allow users to utilize rich 12-bit colors to achieve flexible color grading.

Release timing for this feature will be announced at a later date.

The new firmware will provide support for CFexpress, a new standard for memory cards. Having passed durability tests in which they were inserted and removed from a camera 12,000 times, these memory cards offer users a greater sense of security. They also offer high-speed performance that will provide users with a more efficient workflow. After upgrading, users will be able to use both CFexpress as well as XQD cards in their camera interchangeably. In addition to the Z 7 and Z 6, in the future, CFexpress memory card support will be added to the Nikon D5 (XQD-Type), Nikon D850, and Nikon D500 digital SLR cameras as well.

Release timing for this feature will be announced at a later date.

For more information on these and other Nikon products, please visit www.nikonusa.com.

Stay tuned for more in-depth reports on these new developments from Nikon!