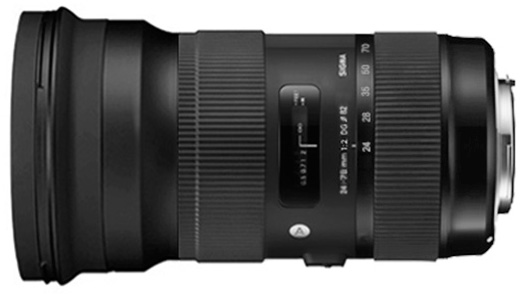 It’s been a little while since we had a good Sigma rumor to post about, but this morning that all changed with the word that the next Sigma Art lens release could be the highly requested 24-70mm F/2.8 DG OS lens.

The rumor report over on Canon Rumors, unfortunately, does not give any details about the upcoming lens other than that it is most likely the 24-70mm F/2.8 mentioned above. So we really don’t have much to go on in the way of specs, pricing, or possible announcement/release dates.

That said, the announcement of a 24-70mm F/2.8 Art lens from Sigma would be a significant one as the only other zoom lens in the Art series is the 24-105mm F/4, a good but under-appreciated lens in its own right. Of course, Sigma’s makes zooms in its contemporary and sports lines, but the Art line – to this point – has almost entirely been limited to fast primes.

But with the release of the 24mm F/1.4 Art, there are not too many other primes that make sense for the Art line – maybe a couple of ultra wides in the 10mm to 16mm range, and then an 85mm and 135mm on the telephoto side of things. So it sort of makes sense for Sigma to put out a quality zoom or two to keep the Art momentum going.

What are your thoughts on this news that the next Sigma Art lens will be a zoom lens – most likely a 24-70mm F/2.8? Is there another lens you would prefer to see added to the Art line? Leave a comment below and let us know what you think!